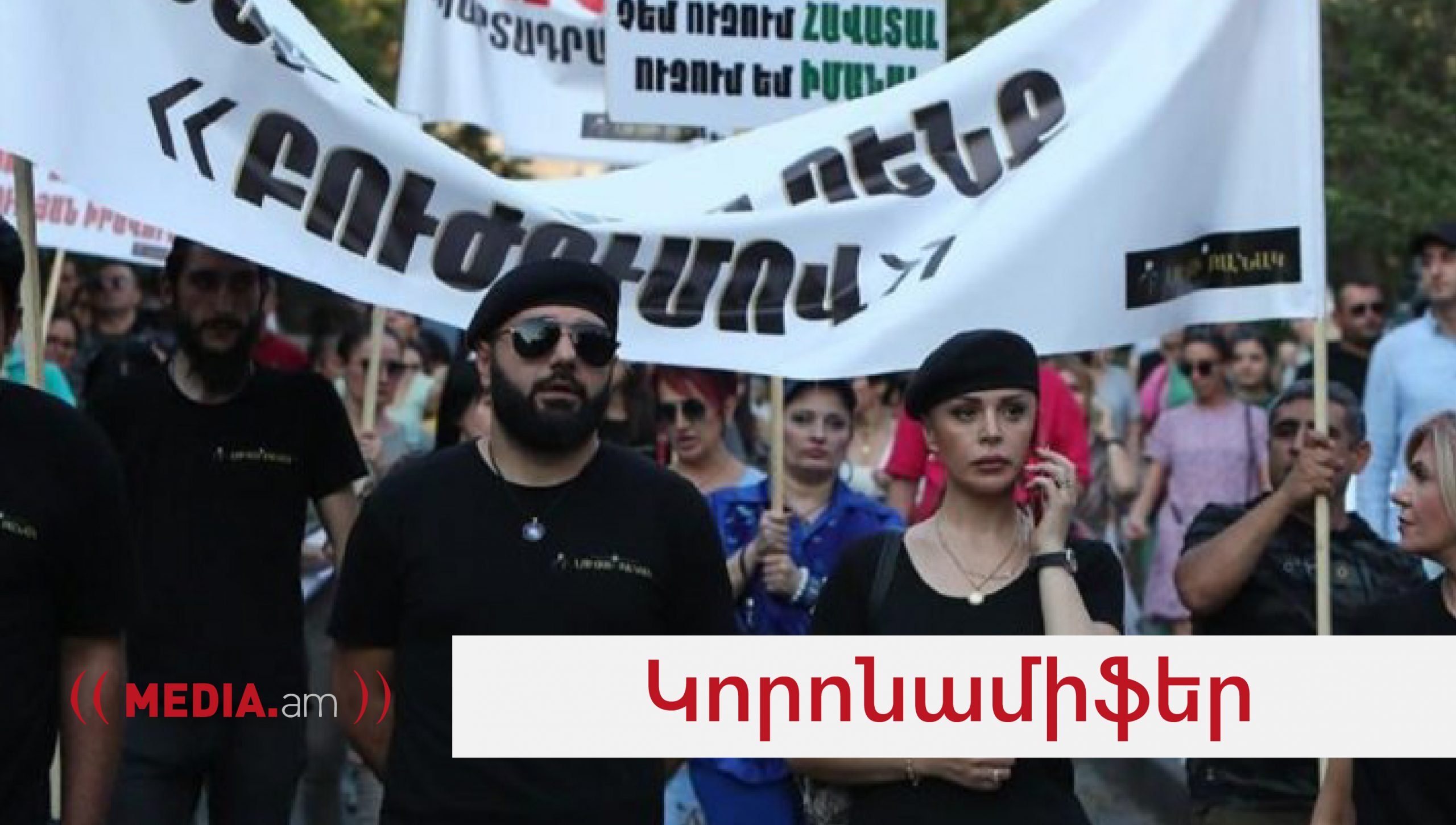 September was full of new vaccination initiatives, the organizers of which did not fail to spread old and new myths and false rumors about the coronavirus during their campaigns. The new draft of the Government created fertile ground for the activation of anti-vaccination movements, according to which public servants and employees of a number of spheres are obliged to submit to their employers either a negative result to COVID-19 PCR tests or certification of vaccination.

The press began to give a voice to lawyers, who gave advice on how not to get vaccinated or tested and avoid losing jobs. A petition began on pages carrying out anti-vaccination propaganda calling for the dismissal of the Minister of Justice Anahit Avanesyan.

Media.am summarizes the misinformation and myths related to coronavirus infection and vaccinations in the first half of September.

Will immunoglobulin G “free” you from having to take the vaccine?

❌ Earlier this month, discussions began on Facebook that it is possible to avoid the obligation of getting vaccinated in educational institutions or taking a PCR test every two weeks by taking an immunoglobulin G test.

The Ministry of Health referred to those who disseminated the information, calling their assertion misinformation.

✔️ There are two types of antibodies: IgM (or immunoglobulin M) and IgG (or immunoglobulin G). The presence of the former means that the person is currently infected, while the presence of immunoglobulin G indicates that he has been infected in the past. To date, however, it is not known how much a person is protected from the risk of re-infection with a coronavirus if they test positive for antibodies. Having antibodies does not rule out the possibility of coronavirus infection. FIP.am touched upon the topic in detail.

Is the vaccine in the third phase of testing?

❌ Marina Khachatryan, a pioneer in anti-vaccination campaigns and now working at the Mikaelyan Institute of Surgery, posted on her YouTube channel on September 11 that the  Minister of Health Anahit Avanesyan had announced in April that vaccines were not being registered at the moment because they were still in the 3rd phase of testing.

✔️ Marina Khachatryan did not mention that the video is 6 months old.

✔️ Avanesyan’s speech was incompletely presented: In the full video, the Minister says that it is important to differentiate the stages of clinical trials.

“․․․ The third stage is the stage of mass use, which is a normal procedural stage. Due to the nature of the pandemic, the use of the vaccine is allowed by such a mechanism,” Avanesyan said.

The more we get vaccinated, the more the disease increases?

The short answer is no.

❌ Pastark.am published an article with such a headline, “Anahit Avanesyan stated that the more we vaccinate, the more the disease increases.” Pastark.am also attached a video to the news, in which the Minister of Health spoke during the September 16 sitting of the government.

✔️ Watching the video, we understand that Avanesyan did not say such a thing. Instead, she spoke about the increase in the proportion of deaths due to the Delta strain and its extremely severe course, emphasizing that 97-98% of hospitalizations are made up of citizens who have not been vaccinated or have not been fully vaccinated.

The coronavirus, according to Ara Zohrabyan

The President of the Chamber of Advocates Ara Zohrabyan posted on his Facebook page about coronavirus vaccinations and the new rules introduced by the government. A number of mistakes and manipulations were noticeable in those publications.

❌ Zohrabyan claimed that the coronavirus was an artificial virus created for a specific purpose. According to him, the vaccines against the infection have not been properly tested, and the doctors do not have a common attitude towards the vaccines: some consider them harmful to human health.

✔️ In August 2021, US intelligence released the results of a study that confirmed the scientists’ initial claim that there was insufficient evidence to claim that the coronavirus was artificially created.

✔️ Vaccines used in Armenia, with the exception of Sputnik V, are approved by the World Health Organization (Reference 1, Reference 2). Sputnik V is approved by a number of countries in South America, Asia and Europe.

The authoritative scientific journal Nature notes that there are several reasons for the speed with which the vaccine was created: research which had already been done in previous years was used, huge financial resources were invested, which allowed for several experiments to take place in parallel, reducing the testing time.

Hydrogen peroxide will also not save you

❌ Facebook user Asta Aria’s post with 128 shares claimed that hydrogen peroxide “can be taken not only orally, but also intravenously, mixed with physiotherapy.” According to the user, this should be done after the coronavirus vaccination, because the vaccine turns people into “controllable robots” and it is necessary to “wash” their veins.

✔️ This information is not only wrong but also dangerous․ Internal use of hydrogen peroxide is not permitted and may be dangerous. It can break down and destroy not only harmful organisms on the skin but also healthy skin cells. The US Centers for Disease Control and Prevention (CDC) considers hydrogen peroxide safe to use on non-living surfaces. The Health Ministry notes that hydrogen peroxide can damage the living cell membrane, its DNA, and other vital components of the cell.

The “Army of Light” and the new myths about vaccines

On September 7, Live News hosted Karen Arayan, a member of the “Army of Light” NGO, and lawyer Emil Markosyan. They made a number of false statements about the infection and vaccines in the interview. Let’s review them in order:

❌ The vaccines are marked “experimental.”

✔️ No, it is not marked. Vaccine activists have probably confused the EXP (EXPIRYDATE) label on the vaccine with experimental. EXP means expiration date.

❌ PCR testing is free for tourists.

✔️ No, it is not free. The state provides free testing in case a person with coronavirus symptoms needs immediate hospitalization, whether a citizen of the Republic of Armenia or a foreigner.

❌ The Ministry does not warn about side effects.

✔️ It does give a warning. You can read the details about the side effects here.

You can get acquainted with the false statements of Karen Arayan and Emil Markosyan and their denials in detail in this Media.am article.

Has the World Bank set a deadline for the virus?

The guest of LIVEnews.am’s “Second Opinion” program was Dmitri Harutyunyan, an infectious disease doctor and member of the “Free Will” initiative, who is also against vaccinations. During the interview, he repeated the rather unfounded information that the World Bank announced that the pandemic would end on March 31, 2025.

❌ “Are you going to keep telling people to go and get vaccinated? Because the World Bank has already announced that the pandemic will end on March 31, 2025.”

✔️ The World Bank has not made such a statement. Instead, in April 2020, it published a report on strategic plans, which reflects a number of measures to be implemented by 2025. Measures include repairing damage caused by COVID-19.