Leaders Of The Anti-Vaccination Movement Are Spreading New Myths

The fight against coronavirus infection in Armenia seems to be entering a new phase. The government has debated a bill that would require public servants and employees in a number of sectors to provide the employer with either a COVID19-negative response or a vaccination certificate. Otherwise, the employer will have the right to dismiss the employee.

For those who considered the coronavirus a hoax and carried out anti-vaccination propaganda, this was an additional opportunity to give new impetus to their struggle. Since September 8, for example, the “Army of Light” military-patriotic charity NGO, led by Karen Arayan, has been holding daily rallies against “compulsory vaccination and testing.”

Live News hosted members of the movement Karen Arayan and Emil Markosyan before the rally. Although they state that they are not against vaccines, rather are against their mandatory component, they nevertheless advance a number of anti-vaccination narratives.

In an interview, Emil Markosyan says that he will not be vaccinated in any case, even if the vaccine is confirmed to be safe, and Karen Arayan adds, “our struggle is not against the vaccine, although we would be against it too with great pleasure.” They made a number of false statements about the infection and vaccines in the interview. Because of their abundance, we will return to the most common ones.

Has the vaccine not been fully tested?

Karen Arayan and Emil Markosyan questioned the fact that the vaccines have passed a full trial period several times.

“How can you be vaccinated with a vaccine that has not passed the full trial period?” “As long as we do not have a vaccine against COVID-19 in Armenia that has passed a full probationary period, all those who refuse the vaccine, their fear is justified,” said Emil Markosyan.

Media.am has already written that the allegations that the test was incomplete are baseless. True, coronavirus vaccines have been developed at record speeds. It took even 4 years for the fastest approved vaccine in history. However, there are good reasons for the rapid development of the COVID-19 vaccine.

1) The studies have not started from scratch. Research from previous years was used. Coronavirus infections are not new, scientists have been studying them for more than 50 years. This means that a number of important data about the structure, genome, etc. of the virus were already available.

2) A number of reputable organizations and governments of different countries have invested huge human and financial resources to conduct various experiments at the same time. As a result, testing time was reduced.

(3) The oversight bodies worked much faster, allowing less time to be spent on bureaucratic hassles.

Why is the vaccine marked “experimental?”

The members of the movement mention several times in the interview that the vaccines are marked “experimental.” To clarify which vaccine we are talking about and in which specific part they noticed the label “experimental,” we contacted Emil Markosyan. The latter refused to provide us with any information and urged us to address the issue with the Ministry of Health.

We talked to the ministry. The media department informed us that no such thing is not mentioned on any of the vaccines.

The vaccine activists probably confused the abbreviation of expiration (EXP) on the label of the AstraZeneca vaccine with the word experimental. 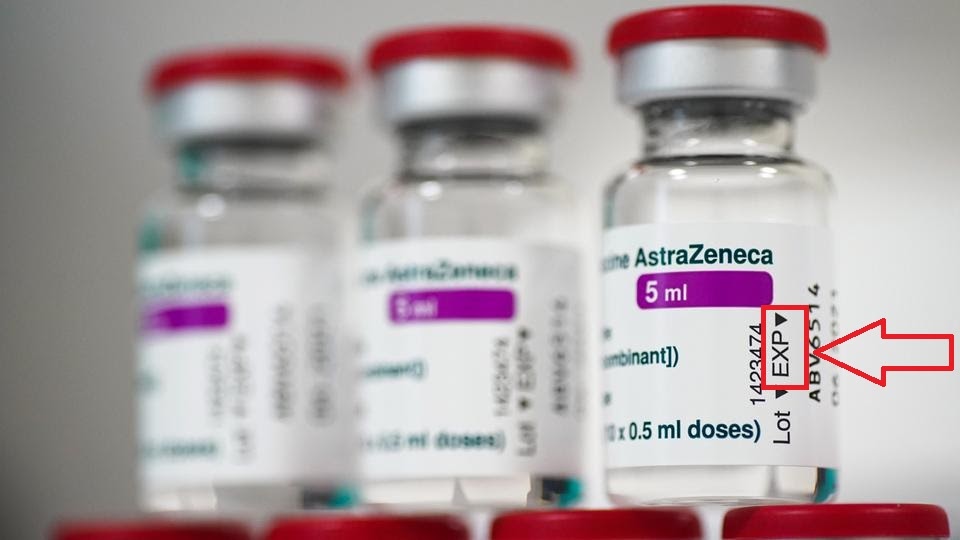 Is PCR testing free for tourists?

Emil Markosyan asks, “I cannot understand the approach: how does the state provide free PCR tests for tourists, but charge its citizens?”

The Ministry of Health told media.am that tourists in Armenia do not take a free PCR test. PCR tests are performed by private laboratories. The state provides free testing in case a person with coronavirus symptoms who does not have a positive test result needs to be hospitalized immediately. At that time, the state assumes the obligation to provide emergency medical care and free testing, whether it is a citizen of the Republic of Armenia or another country.

Doesn’t the ministry warn about side effects?

Is advertising vaccines prohibited by law?

Host Taguhi Aslanyan, in her turn, said that the law does not allow advertising of vaccines and medicines, according to her, it is prohibited by the law on advertising. Emil Markosyan adds that it is constantly advertised on TV.

It is true that the RA Law on Advertising prohibits the advertising of medicines, medical equipment and treatment methods, but the exceptions are the cases when they are approved by the Ministry of Health of Armenia and have the permission of the Advertising Department. Vaccine commercials not only have the permission of the Ministry of Health but are also made by them and play a role in social awareness.

Emil Markosyan says in another accusatory question, “Where does the information come from that the test that now costs 30,000 will not cost 50,000 in two months, in the future – 70,000?”

It should be noted that the COVID19 PCR tests in Armenia initially fluctuated in the range of 15-20 thousand drams, but now the cost has significantly decreased. Now you can get tested, starting from 9500 AMD.

Why get vaccinated if you can get infected again?

“If I have to get infected again after getting vaccinated, wearing a mask, why do I need to be vaccinated?” Emil Markosyan asks.

It is true that people can be infected and spread the virus even after vaccination, but all vaccines approved by the WHO for emergency use protect against coronavirus, especially Delta strain, from possible serious consequences of hospitalization and death. In terms of preventing severe side effects, all vaccines are almost 90% effective. The more complicated the patient’s condition, the better the vaccine protects. Media.am has already touched upon this issue.

Did Leonid Roshal say that the coronavirus is common?

Karen Arayan, as proof that coronavirus is not a dangerous disease, quotes the words of Doctor of Medical Sciences, Professor Leonid Roshal․

“Leonid Roshal came out and said that the coronavirus is normal, do not be afraid of anything.”

Leonid Roshal, like a number of other reputable experts and institutions, did not take the virus seriously in the early stages of the spread of the coronavirus. However, already in July 2020, the same Roshal urged on his Twitter page not to be stupid and to continue wearing masks, because the virus is not over. Moreover, recently he also spoke about the inevitability of getting vaccinated and stated that he does not understand people who do not want to be vaccinated.

Back in the spring of 2020, when the rumors about the coronavirus became active, Karen Arayan spread false information about the infection on his YouTube channel and listed the wrong methods to get rid of the virus. Recently, he has been actively participating in anti-vaccination campaigns.

Karen Arayan is the president of the “Army of Light” military-patriotic charity NGO. It presents itself as “an organization in harmony with the modern world, operating as a result of synchronous cooperation between virtual and realities.” 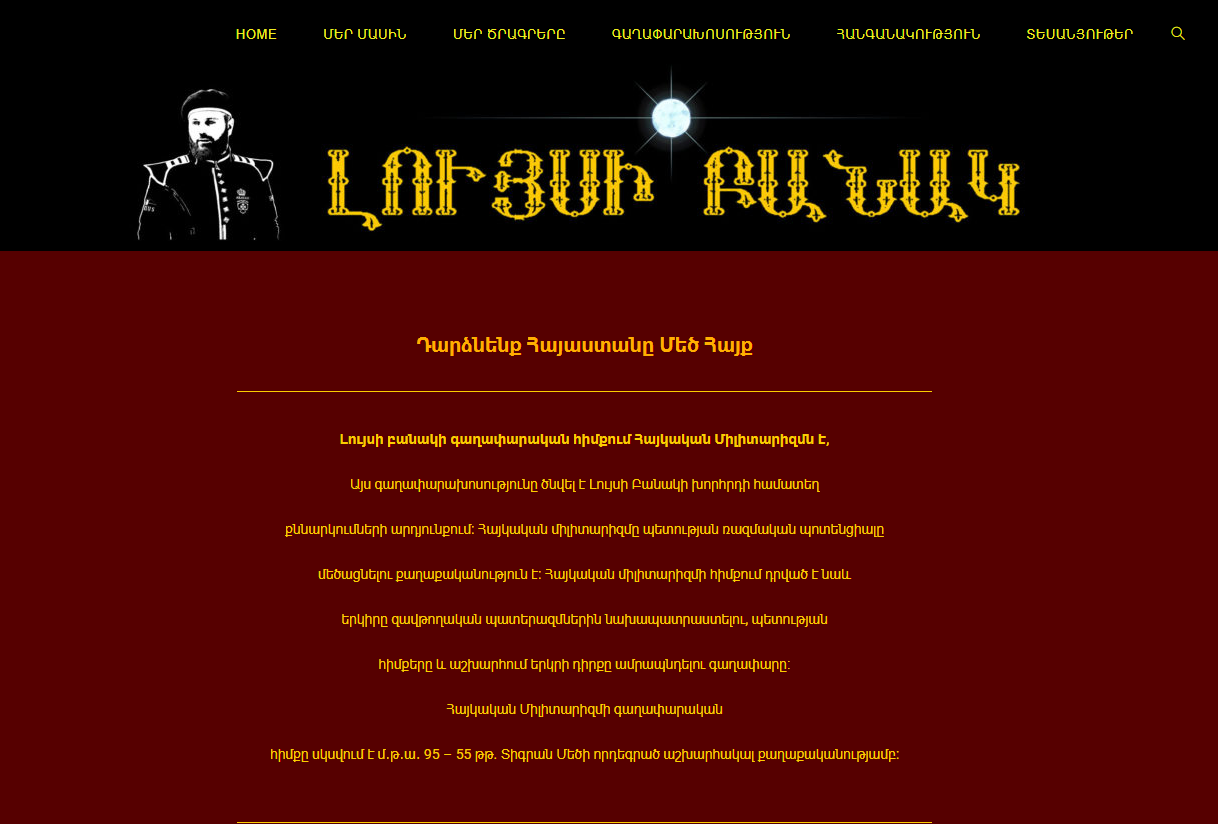 Karen Arayan’s name became known to the public in 2012, after the publication of nude photos of actress Angela Sargsyan. Arayan was sentenced to prison for illegally collecting, possessing, using or disseminating information about Angela Sargsyan’s personal or family life, as well as for distributing pornographic materials or items.

Information about the trial is limited in DataLex, but the press was actively covering the scandalous incident; we got acquainted with the details of the case from the media publications.

Summing up, Karen Arayan and Emil Markosyan, in addition to the marches against “mandatory vaccination and testing,” reproduce and spread a number of myths and false information about vaccinations in public speech.