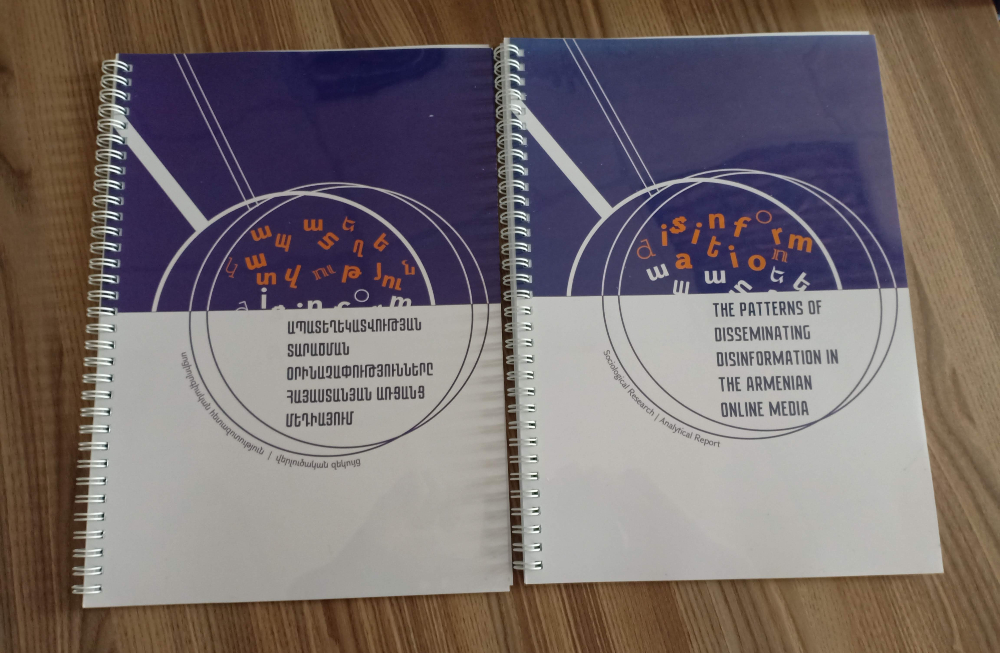 The mechanisms of dissemination of misinformation in the media mainly depend on the editorial policy of the media and often have similarities. The provision of information to the audience, as a rule, has at first glance invisible patterns.

In order to reveal such patterns, the Media Initiatives Center conducted a sociological survey “Patterns of Dissemination of Misinformation in Armenian Online Media.”

It summarizes online news between April-June 2020 as a result of monitoring three different news sites.

The research is an attempt to reveal the peculiarities and patterns of the formation and dissemination of misinformation in the Armenian online media, the framing of the information used in the coverage of various social and political events and the sometimes hidden, sometimes obvious messages.

The study was supposed to be published in October 2020, but the Artsakh war caused the need for editing, as a completely new geopolitical and internal political situation was created.

The war changed many things, including the attitude towards the media.

And now, by studying the research done before the war, we can outline the schemes by which the media have intertwined misinformation (or a certain amount of misinformation) with the news, and thus contribute to the condensation of the background of distrust.

The content of three news websites – News.am, Tert.am, 168.am – was the basis for the research “Patterns of dissemination of misinformation in Armenian online media.” Three topics were considered in the mentioned media: Coronavirus, the Karabakh issue and the Lanzarote Convention.

The results of the coverage of these topics became the basis for a mixed method of research when combining quantitative and qualitative analyses of content.

Two sociological methods of information collection were used: expert interviews and document research. The research was coordinated by Hayk Smbatyan.

The actual war and the situation after it are not reflected in this report. Nevertheless, it shows how the topic is presented to the public and how it is constructed, becoming a basis for the circulation of misinformation.

Summarizing the results of the research, we can come to several conclusions:

In separate articles, you can get acquainted with the topical references in Media.am: The Karabakh issue, the Coronavirus (1, 2), the Lanzarote Istanbul Conventions.