On the very first day of the Armenian-Azerbaijani war, Lithuanian freelance journalist Augustinas Šulija decided to go to Artsakh and tell the Lithuanian audience what was happening in a region that seemed to go unnoticed in many of the eight former post-Soviet countries.

During the war, we saw big and authoritative media and news agencies (BBC, Al Jazeera, etc.) regularly reporting on the war situation. Large media companies are also obliged to do so because the news dictates their place of work. But when individual journalists decide to understand the situation on their own, it is even more valuable.

After all, they are well aware of what is interesting to their local audience and, in addition, they are more easygoing on many issues.

Augustinas Šulija is a young journalist who is interested in the cost of war and how the people of Artsakh live on the bombed lands. His reports are broadcasted on Lithuanian TV3, which was created after Lithuania’s independence. For example, this report.

You are a freelancer. Why did you decide to go to Karabakh? Can I ask you directly?

I remember pretty well I was working the weekend on the 27th when the war started. I was working the weekend shift and I immediately was very directly touched by what’s going on. I immediately thought that this is going to be a big escalation in the whole region and it might get really ugly. It might get really bloody. From that point, I started following it very closely.

It’s hard to say why I decided to go, but I just felt somehow connected with the region. I thought that was very important. And the small country facing such a challenge is something important to know for the general population of Lithuania, to know how such a country like Armenia is handling such a situation. What’s the price of a situation like this?

The media usually tries to take a symmetrical approach to covering conflicts, by explaining the situation from both sides. One says something the other refutes etc. What is your opinion? Is this approach the best way to present the situation?

When you try to create coverage from the office perspective you realize that you have a completely different understanding when being on the ground. In the beginning, when I was looking for opportunities to go and cover the situation it would have been ideal to go through both sides, but unfortunately, in this situation, it became clear that it wouldn’t be possible. It’s just too hard. It’s impossible to even go to Azerbaijan and see things from their side. And in this case, Armenia welcomed with open arms to get more coverage. 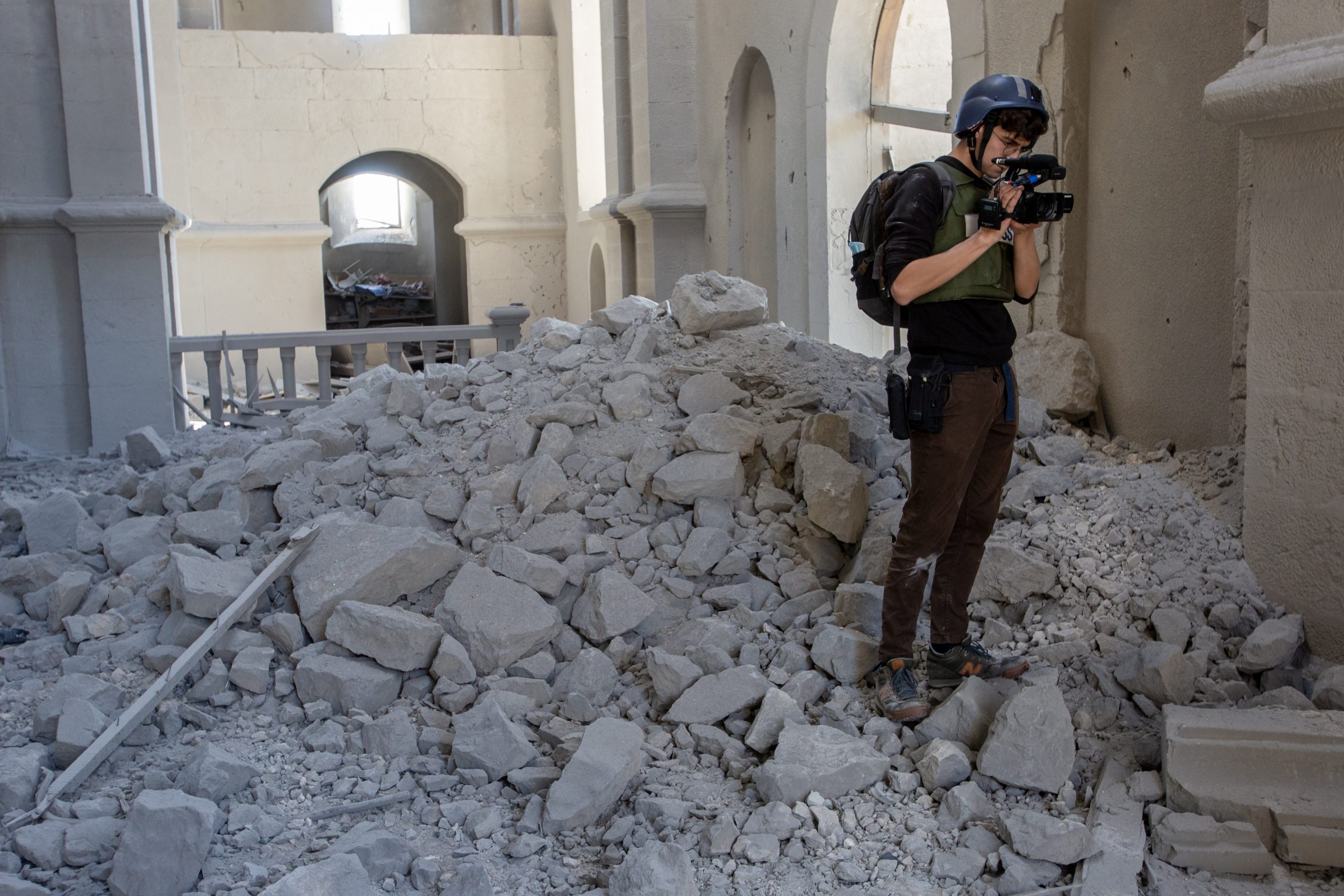 Is it the best coverage? I don’t know. I suppose not. From a journalistic perspective, maybe not. Perhaps that’s not right. But when I came here, my goal was to show less from the political situation, less about the important people talking, and just to show the consequences. Just to show what it is like for the real people and what the cost of war is. So in this case, I think it’s not that important to go to both sides to have a picture of everyday people.

I think it’s more important to get as deep as possible into the war zone, into the conflict zone, where the more suffering is, and to hear the people talking. If you can, of course, it would be best to hear everyone.

But when you don’t have a big name and you’re working alone without correspondents on the other side, you have limited time and limited resources, you just have to try to get as close to the situation as possible.

The journeys taken by post-Soviet countries have been different. Do you feel that the traces and remnants of the Soviet Union still exist in Armenia?

I think so. I was also very interested in this, to be honest, because I knew before coming that the perception of Armenia itself in the general population’s eyes is completely different from reality. I mean, nobody really talks about the revolution and how the country has changed. So it was important for me also to show what Armenia is right now. Did it change? What’s the perception of the people and so on. It was also a question which I tried to answer for myself.

I think in one way or another, we won’t get out of this Post-Soviet thing. It will take generations after generations. But I think in Lithuania and, from my perspective, what I saw here in Armenia, that we are doing it, we are working on it, and the changes are obvious now.

And of course, it’s a democracy, it’s the democratic perspective of the country.