The Future of Armenia’s Newspapers: Zhoghovurd 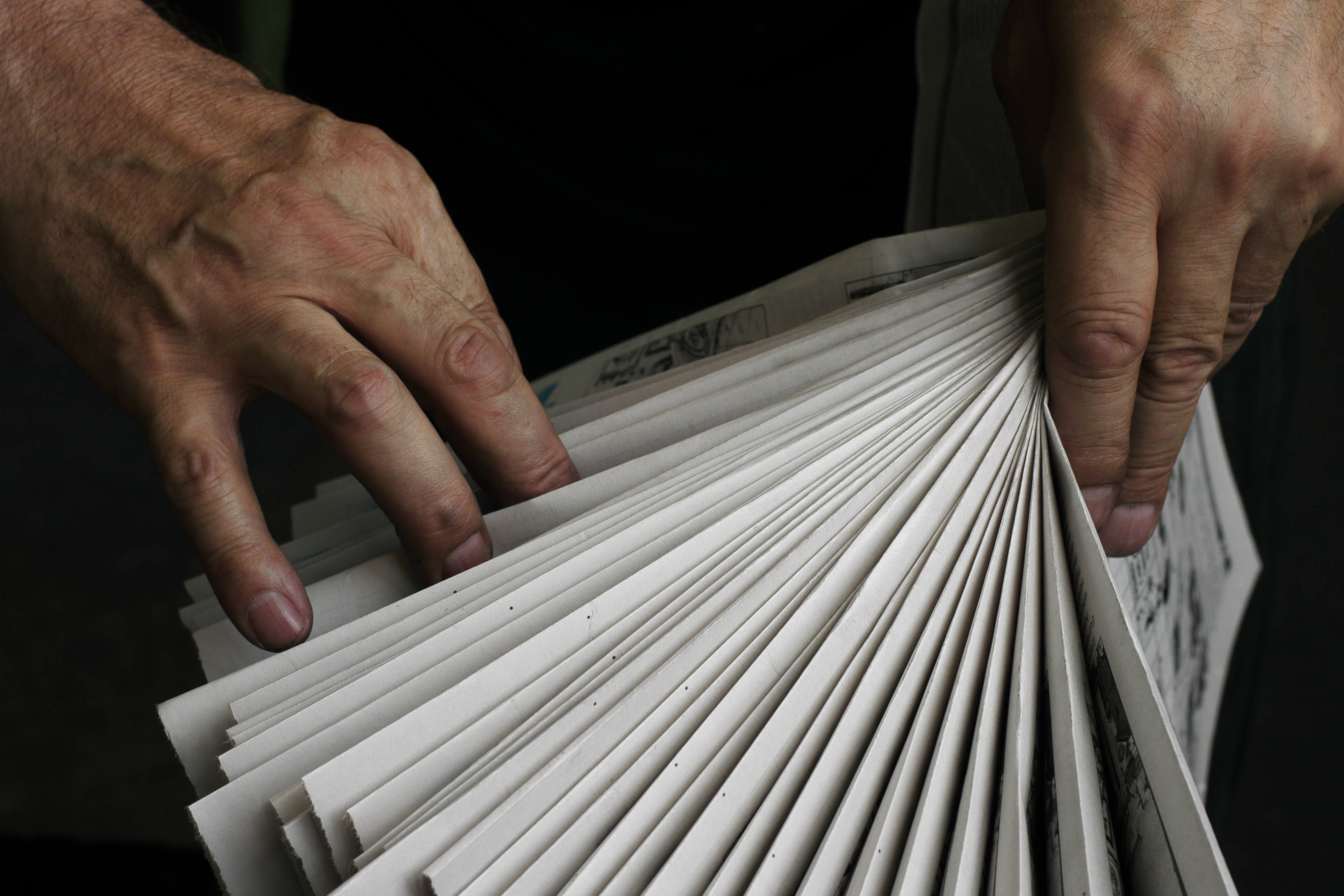 Our interviewee in this segment is Zhoghovurd chief editor Taguhi Tovmasyan.

“Our paper will definitely be printed for 10 years yet”

Do you agree with the view that in Armenia, if the authorities want, newspapers will continue to be published; if they don’t want, they’ll shut down?

No, because no one can prohibit me in my country to do the work I love, including publishing a newspaper. You can always find the resources to start any business.

With what means did you establish the paper, weren’t there helpers?

In the founding of the newspaper, helping me financially were my friends, the majority of whom lives abroad and has no political or news media interest in Armenia. They helped me to have my [own] business, which could’ve been a newspaper or, for example, lipstick production.

The Zhoghovurd newspaper was founded at a time when the “great retreat” of newspapers had already begun in the world. What was the source of your courage?

From my first student years, I’ve always been actively involved in journalism, and being inspired by the work of fair and unbiased media outlets, I felt that the time had come for me to establish the media outlet of my vision.

I didn’t have a plan from the beginning that by all means I must open a newspaper: I was thinking about an online news site. I don’t know why, I very abruptly decided to establish a newspaper — in one month. Of course, everyone was advising me on the contrary. But 5 years later I can say that my taking the risk was justified.

You didn’t say: from where did you get this courage?

I myself have always been courageous; it’s my nature. But, for some reason, there was a kind of skepticism. People couldn’t imagine that a young girl in Armenia will succeed at something by herself. I proved that will and industriousness are the guarantors of success.

Of course, I’ve gone through great difficulties. There were incidents when people would stop our readers at the kiosks and supposedly reveal that our newspaper is pro-government, [and] it’s not worth buying. Even some of my former colleagues began publishing news that my sponsor is the president’s son-in-law and our newspaper is a presidential project. 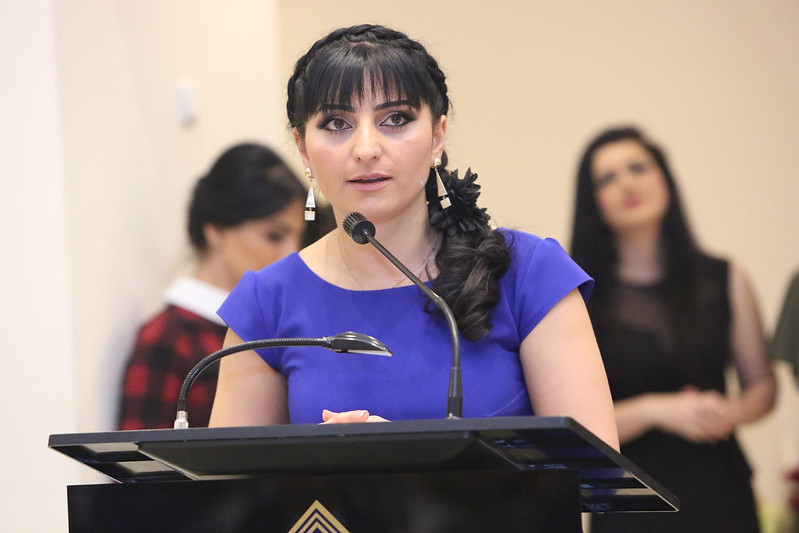 Is that not so?

No. I don’t even know him. But, as they say, “There’s no evil without good.” That helped me a lot. Because all the doors that were closed before me opened.

That is, they believed those reports.

Yes, a great many believed and began to treat [me, the paper] cautiously. That image helped me a lot.

Aren’t you afraid that if this remark of yours is published, those same doors might close before you?

Not anymore. Because whatever door was going to open has already opened, and there’s no path to its closing. And the doors to be newly opened are already being opened before Zhoghovurd daily. We have our own place in the field; we don’t have to establish ourselves.

On account of what? You don’t have your own printing house, right?

No, we don’t have our own. Our circulation grew very quickly when we began at the end of every week to take all the unsold copies of our paper to the regions, to distribut them to the residents. It was like a “becoming familiar” campaign, but mutual: we also took note of which article they read first, which page they looked at, what interested people…

In this way, we became stronger in the regions. Our [Armenian] newspapers always seem to focus on the capital; we began with the opposite.

Is advertising more expensive in the print version or the online version?

In the newspaper. Because it’s more effective, and advertisers know that quite well. Print advertising lasts.

In our [Armenia’s] small advertising market, there’s another issue: acceptability. You can’t give ads to everyone. Sometimes our cutting news articles “spoil” advertisers.

As for investments, I’ve already developed a plan to be engaged in another business, which I’ll soon announce and I myself will make investments in our newspaper.

You’re going to invest the profits of your other business into the newspaper, which now more so “takes money” than “gives money”?

Yes, because I like the newspaper. Journalism is mine; I’m a newspaper person. I read the press everyday compulsorily. For me, the newspaper’s daily routine is a way of life.

Ultimately, I don’t consider internet media my own. Because there, we’re constantly in a race for speed and not for quality. There is little public interest in good-quality news stories, investigation, and analysis. It’s enough for there to be blood, a skirmish, or anything about a gang in a photo or the headline, it immediately becomes the most viewed.

Are there commissions for pieces to be published in your newspaper?

Our “commission” is shaped by readers. In any case, during these years no one has asked me, can I give you this much money so you can run this kind of piece? There have only been advertising pieces, which have been purely economic in nature and have been recorded as an advertising piece, with a clear distinguishing feature.

What about commissions not to run some story?

To be frank, for this one, there have been a great many [requests], but I haven’t given in to the temptation. Our newspaper’s reputation is more dear to me. 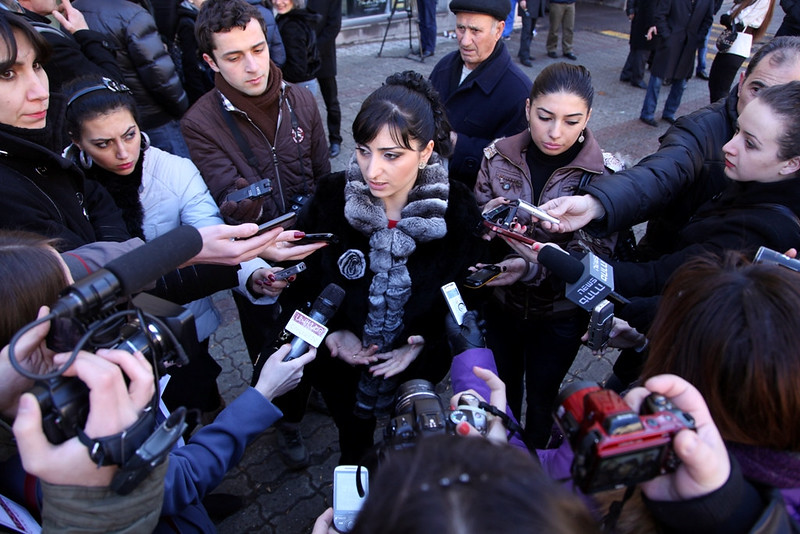 How do they know that there’s going to be a story published about them?

If we’re going to publishe a story about someone, we by all means ask for a comment from them, so we don’t run a one-sided piece. And in such cases, a great many have tried to get the piece completely removed, but I repeat: I haven’t been tempted.

Approximately how much money have they offered for a story not to be published?

It depends on the subject of the story’s status and the resonance of what will be published.

In the beginning, many tried to divert, to scare [us] that our dose of courage will be reduced, but that too we overcame. We passed that stage. Having principles, courage, and tenacity helped us. Gradually, everyone reconciled [themselves] with our sort of existence. For me, it’s important for the articles to reach our readers — verified on all sides, in an objective reality.

In photos of the paper’s five-year anniversary celebration, I saw many famous faces and officials. I haven’t seen such presence at any paper’s jubilee in recent years.

From our founding, lawsuits have pursued us. But I happily must say that we mainly win.

That is, you’ve never once been fined?

We haven’t paid a fine to any of them.

In your opinion, for how much longer will Zhoghovurd be printed?

For as long as all the rest of the newspapers, books will be printed…