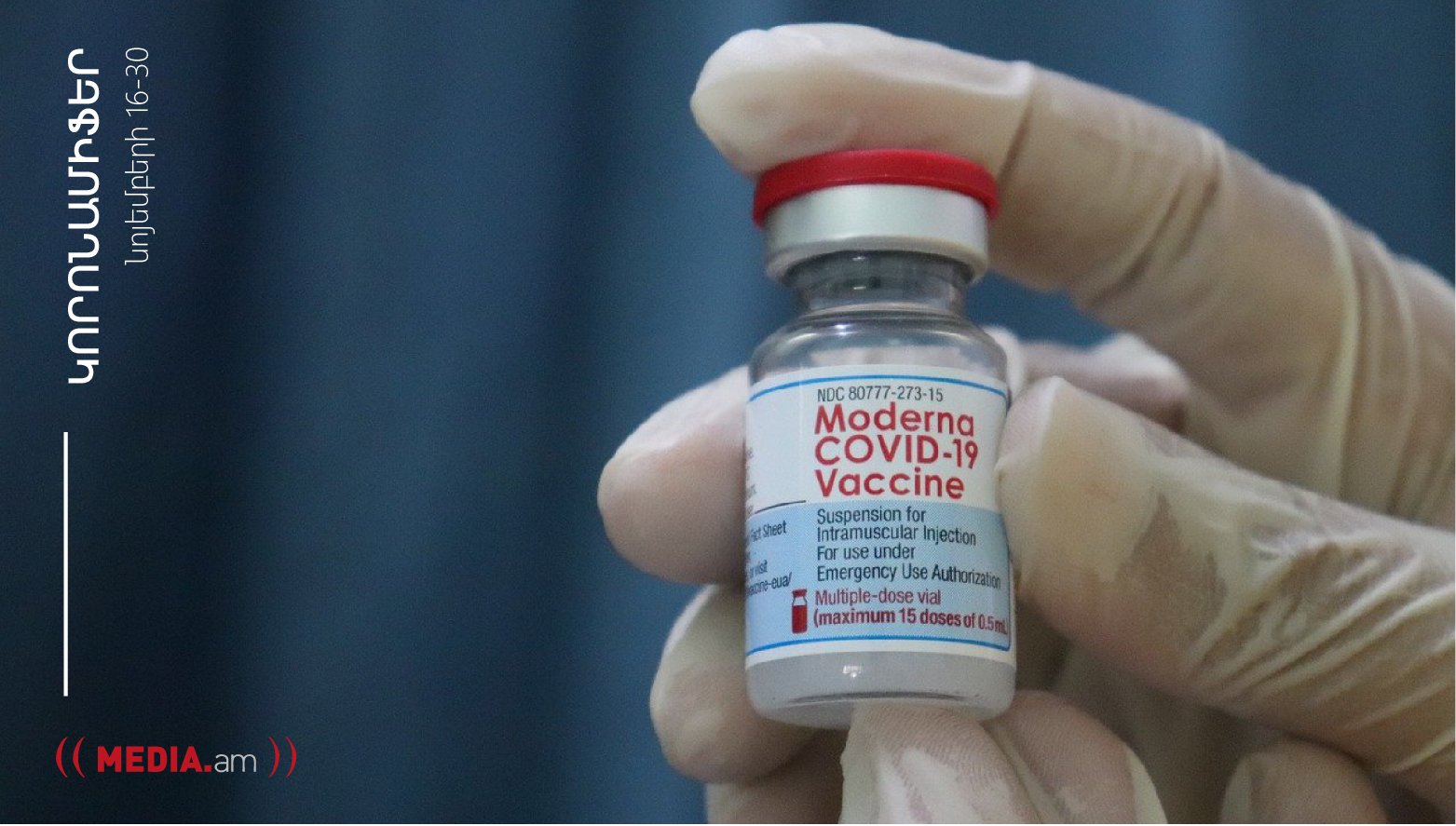 Over the past two weeks, anti-vaccination activists have been promoting gossip and anecdotal evidence. In order to give weight to his claims, one of them referred to the very international structures whose advice he contradicted in his other speeches.

The coronavirus is not only dangerous for the elderly

On November 17, the website Medmedia.am published the comments of epidemiologist Eduard Hovhannisyan, where he made manipulative claims about vaccinations.

❌”Here, people over the age of 60 are dying, yet we are vaccinating working people.”

It is not only the elderly who die from coronavirus. People of any age with chronic diseases, pregnant women, etc. are also at risk. Moreover, the Ministry of Health stressed that after the appearance of the Delta strain, the disease is affecting younger people․ Now young people often come to the hospital with severe cases of COVID.

? “It is not ruled out that [the vaccinated person] can be infected and infect others.”

Vaccinated people can get infected because no vaccine is 100% effective. However, researchers note that among those who have been vaccinated, one in 100 people become infected.

Eduard Hodhannisyan does not say that even in case of infection, people who have been vaccinated have lighter symptoms and the risk of hospitalization and death is much lower.

Anecdotal evidence from an activist

Anti-vaccination activist Dmitri Harutyunyan posted a video on his Facebook page, in which he called on his viewers not to obey the restrictions of the Ministry of Health, not to be vaccinated and to reject “creeping satanism.”

? “I alone am aware of the deaths of about three dozen, which occurred shortly after these vaccinations.”

In this statement, Harutyunyan refers to anecdotal evidence, that is, he tells a story that happened to his acquaintances and did not pass any scientific examination or analysis.

Anecdotal evidence is unreliable, as the human bias factor is strong when compiling and processing it. Thus, Dmitri Harutyunyan is an anti-vaccination activist and it is natural that he may be inclined to interpret any information from this point of view.

Unlike anecdotal evidence, scientific data is collected using special methods to minimize the human bias factor and to gather as accurate information as possible.

No deaths have been registered in relation to vaccines in Armenia.

Satirical article taken out of context

On November 24, the Russian media Эхо Москвы (Echo of Moscow) wrote about the growth of the epidemic in Gibraltar. The author points out that in Gibraltar, which has a high rate of vaccination, the infection rate is increasing, but the number of hospitalizations and deaths is very low, in contrast to Russia, where less than half of the population is vaccinated. The author of Эхо Москвы wrote the article with sarcasm․ After presenting the tense situation in Russia, he wrote, “But the failure of the vaccine is in Gibraltar.”

Armenian News.am translated this article. However, in some parts of the text, the author’s speech was shortened in such a way that, firstly, it was not clear that what was said was in a tone of sarcasm, and secondly, the author’s words were distorted. Compare, for example, these two quotes․

Original: “Given the proportion of cases detected, people are hospitalized in Russia 25 times more often [than in Gibraltar].

But the catastrophe is in Gibraltar, and Gibraltar itself shows that the vaccine is not needed, it is useless and even dangerous (I have not yet shown you the graph of booster doses and infection ratio, but anti-vaxxers will do it for me).”

Translation: “The disaster is in Gibraltar, and Gibraltar shows that there is no need to be vaccinated, it is useless and even dangerous.”

The leader of the “Zartonk” party, lawyer Ara Zohrabyan posted a video on his Facebook page, informing viewers that he had filed a lawsuit against the Ministry of Health.

Zohrabyan is the founder of the anti-vaccination “Free Will” movement, whose members are the above-mentioned doctor Eduard Hovhannisyan and activist Dmitri Harutyunyan.

In his video, Zohrabyan criticized the use of the Moderna vaccine among children over 12 years old. According to him, this vaccine “has not received final registration even in the 18+ age group in its mother country, the United States, and there is no mention of clinical trials in children aged 12-18.”

Zohrabyan referred to the World Health Organization and the US Food and Drug Administration to substantiate his allegations. Despite that, in his other speeches, Zohrabyan has repeatedly made statements that contradict both the WHO and the FDA advice.

As for the vaccination of 12-18-year-old children with Moderna, it has already been approved by the European Medicines Agency, the main health institution of the European Union (Zohrabyan does not mention this). The US Food and Drug Administration has approved the use of the Pfizer vaccine in children. Moderna’s approval process has been delayed by the department as additional inspections are being carried out on rare side effects.

Zohrabyan also does not mention that Moderna is the second most widely used vaccine in the United States. More than 200 million doses have already been injected in the country.

The study “Anatomy of the Anti-Vaccine Info Campaign” was published

In late November, Media.am published a study on the anti-vaccination information campaign for the time period of September-October. The spread of misinformation about vaccines was analyzed on the sample of three news websites: Medmedia.am, Iravunk.com and Livenews.am.

We found out that most of the content about vaccines on these sites was negative. Moreover, the vast majority of bylined articles were anti-vaccination, which shows the position of the editorial office. Most of the content of the websites was not their own articles, but reprints from Facebook, official texts, news. The source of the reprint was often not even mentioned. Finally, these sites often provided a platform for anti-vaccination activists.