False or manipulative news about vaccines has become part of the Armenian media agenda. There are cases when the source of such news is doctors, who are also engaged in politics.

Last year, Media.am wrote about four such doctors (three of whom were candidates for parliament in the 2021 snap elections). However, at that time none of the heroes of our article was an epidemiologist, that is, epidemics and vaccinations were not their specialty.

In recent months, new figures have emerged who are conducting anti-vaccine campaigns, this time more directly related to epidemiology.

Media.am writes about three doctors related to epidemiology, who often manipulate or misrepresent scientific data in the media.

Samvel Grigoryan is a sex pathologist. For many years he held the position of director of the AIDS Center, that is, he was related to the field of epidemiology.

In early 2020, the Ministry of Health decided to merge the AIDS Center with the Nork Infectious Diseases Hospital. Samvel Grigoryan refused to comply with the ministry’s demand for unification and was fired. At the same time, the employees of the center started protesting against the decision of the ministry, most of them wrote a resignation letter.

After the AIDS center scandal, Samvel Grigoryan has repeatedly criticized the Ministry of Health. In September 2021, he joined the “Free Will” initiative of Ara Zohrabyan, a lawyer and member of the “Awakening” party. During the creation of “Free Will” Zohrabyan used false or manipulative information about vaccinations. 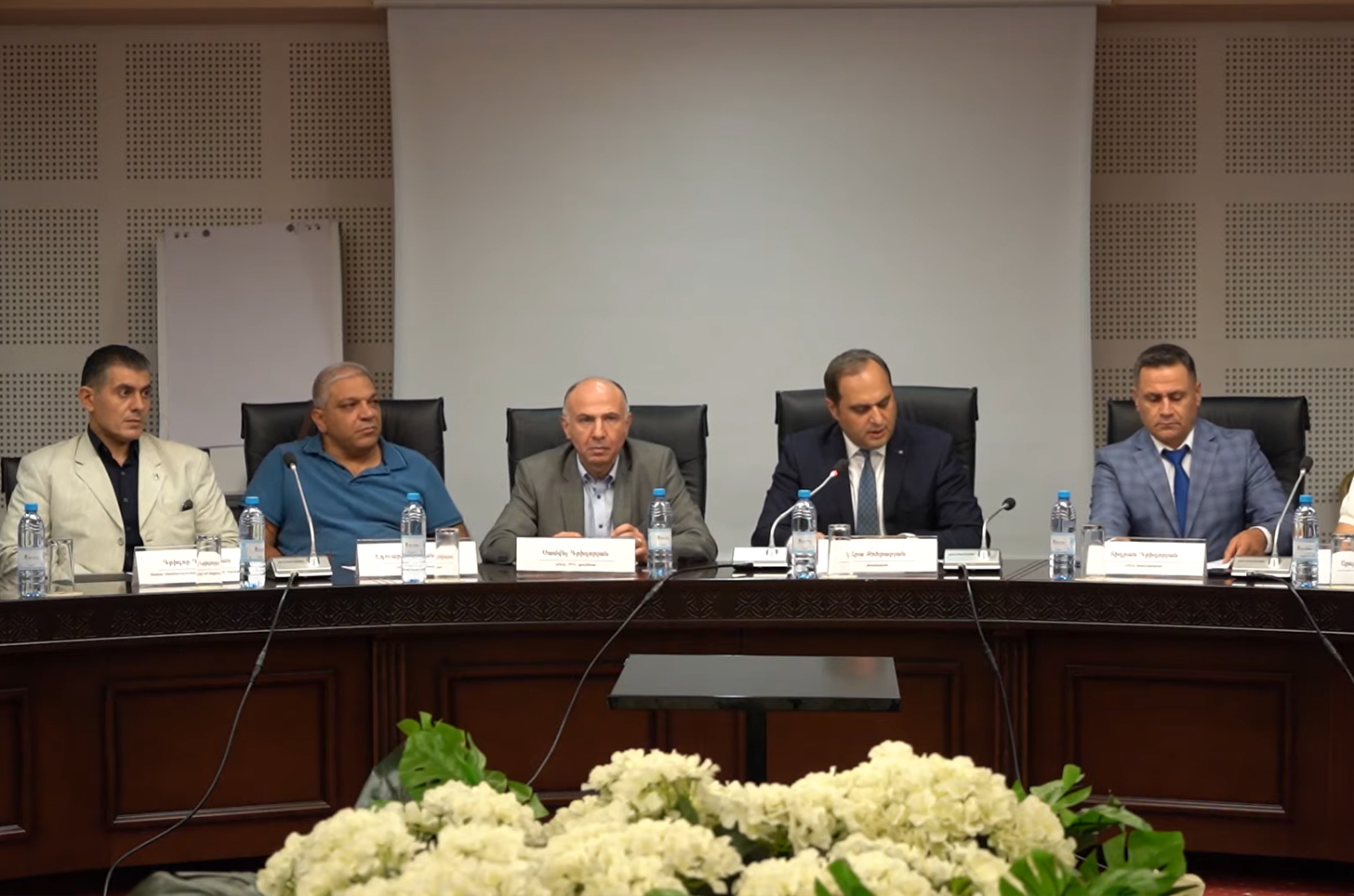 Meeting of the “Free Will” initiative. Image from Ara Zohrabyan’s YouTube page

Samvel Grigoryan also does not shy away from manipulative information about vaccines. Thus, during the meeting of the “Free Will” initiative with the Minister of Health in the parliament, he claimed that most of the coronavirus vaccines were created with the technology of genetic engineering. This is a manipulative claim: Only Moderna and Pfizer vaccines were created with this technology, neither of which were available in Armenia at the time of Grigoryan’s speech. It should be noted that this technology is considered safe and effective: Although these two vaccines are new, their technology has been studied by scientists for years. Unlike conventional vaccines, they do not contain a weakened or inactivated virus. Instead, they transmit instructions to the body to make antibodies using a special molecule called messenger RNA (mRNA).

Media.am could not find any mention of Grigoryan’s claims in the press or other sources. It is possible that Grigoryan confused the data: In the UK, more than 30,000 cases of menstrual cycle changes were reported after vaccination, but the changes were short-lived and transient. As of September 29, 30,715 such cases had been reported in Britain, while women in that country had received more than 48.5 million doses of the vaccine. There is no information about any case of miscarriage. The UK government emphasizes that detailed studies have not shown any link between vaccinations and changes in the menstrual cycle. The government also notes that short-term cycle changes generally occur frequently, including after being infected with COVID-19.

Vaccines’ harm to reproductive health is a common myth. The US Centers for Disease Control and Prevention (CDC) states that there is no reason to believe that the vaccine affects the ability of men or women to have children. The CDC (cited by Samvel Grigoryan, see below) recommends vaccination for all people over the age of 12, including those planning to have a baby. Tens of thousands of pregnant women have already been vaccinated in the United States and Great Britain.

Grigoryan often refers to scientific data and authoritative international structures. However, as in the case of the CDC, his references are selective and taken out of context.

Eduard Hovhannisyan is an epidemiologist. He worked at the AIDS Prevention Center. He was also against the Ministry of Health’s plan to merge the AIDS Prevention Center with the Nork Hospital and resigned from the center. After leaving, he became a strong critic of the ministry. Hovhannisyan also often voices manipulative data about both the infection and the vaccinations.

For example, in May 2020, when the coronavirus was just gaining momentum in Armenia, he posted a statement on his Facebook page by a Russian economist that there is no pandemic: “It is a weak epidemic, it is no more dangerous than the usual seasonal flu,” the article said. 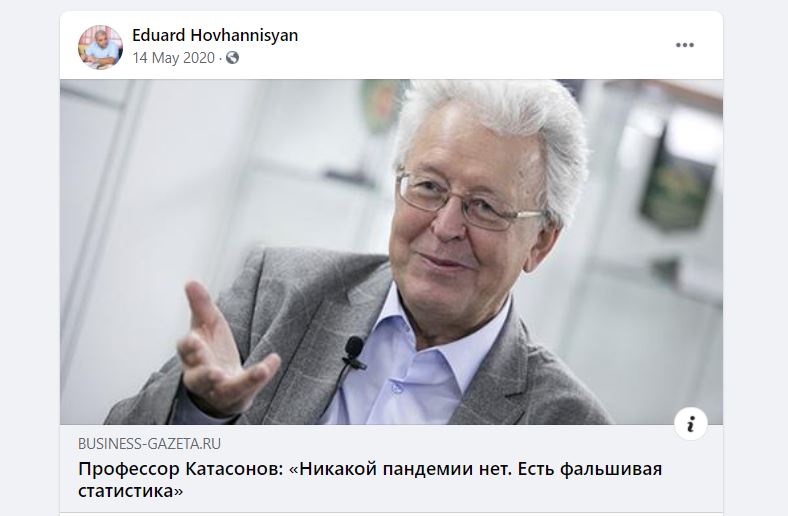 Hovhannisyan also likes to refer to international healthcare organizations, creating the impression that his claims are scientific. However, at the same time, he makes claims that contradict the data of the same healthcare organizations. Thus, Hovhannisyan says that those who become sick and recover do not need to be vaccinated. However, the US Centers for Disease Control and Prevention recommends vaccination even if the person has become sick and recovered, as there is no sufficient scientific evidence that natural immunity provides adequate protection. The World Health Organization recommends the same, noting that after recovery, a vaccinated person gets protected longer.

Dmitri Harutyunyan has medical education and is an epidemiologist. In his own words, he “completely left” medicine. Harutyunyan has been engaged in political activity, his “revolutionary struggle” for years. He has been a member of the “Pre-Parliament” political movement.

Although Harutyunyan has left medicine, he does not hesitate to use the reputation of an epidemiologist to spread false claims about vaccines.

He started collecting signatures on the platform Change.org, claiming that the population of Armenia is in danger because the vaccines have not passed serious tests. This assertion is wrong: vaccines go through several stages of testing until they are approved by healthcare providers and used in the general population. Change.org removed Harutyunyan’s petition for containing false information. 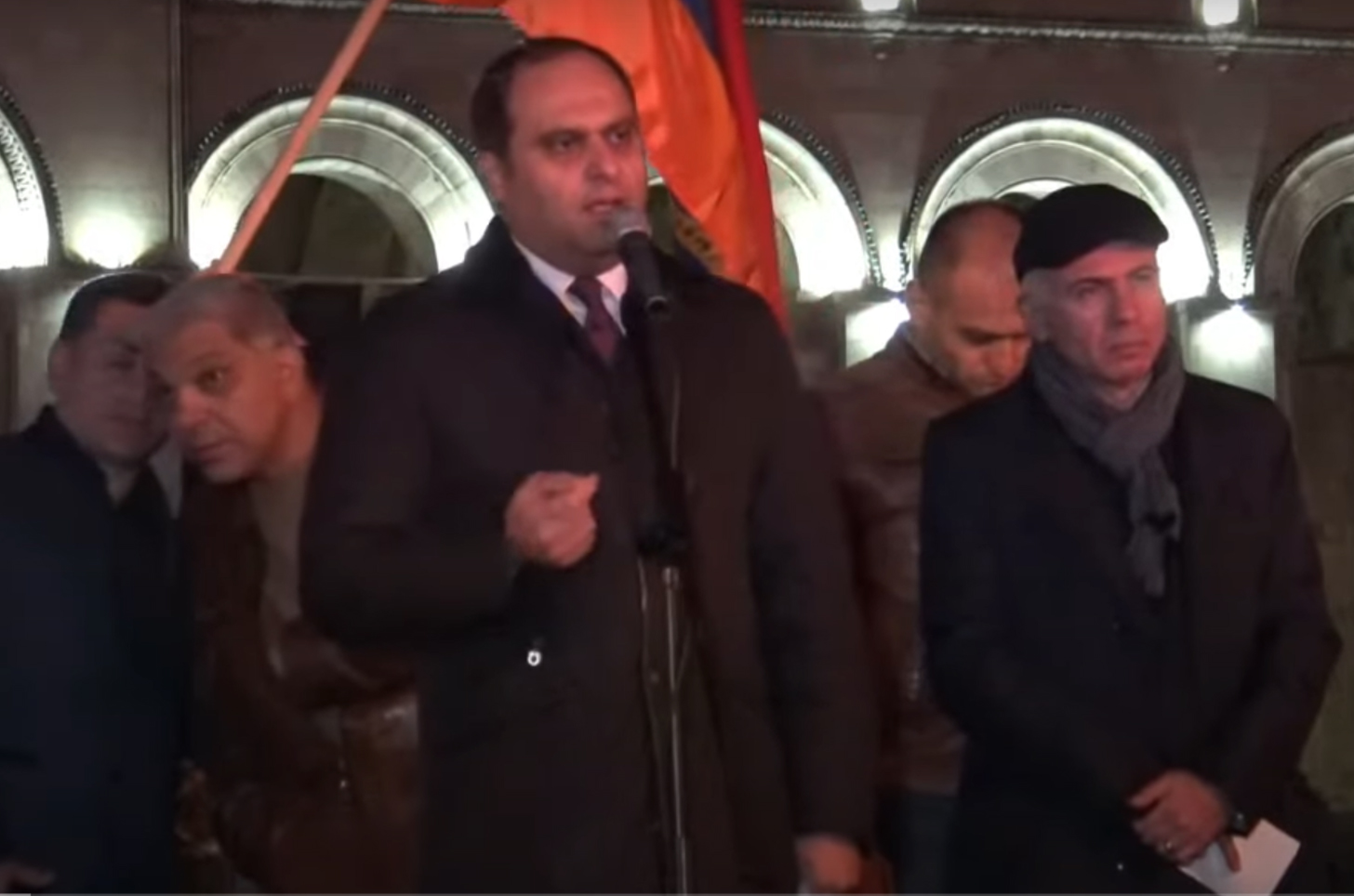 Thus, if in the past, well-known medical workers in the Armenian media field with anti-vaccination claims had nothing to do with epidemiology; now anti-vaccine activists related to the field of epidemiology appear in the media as well. The former director of the AIDS Prevention Center and former epidemiologists spread false or manipulative information about vaccines. And Dmitri Harutyunyan, who has a medical education but, according to him, has left the field of medicine, openly calls on people not to be vaccinated, substantiating his call with false claims about vaccinations.