The Lawyer Spreads Old News About The Use Of AstraZeneca 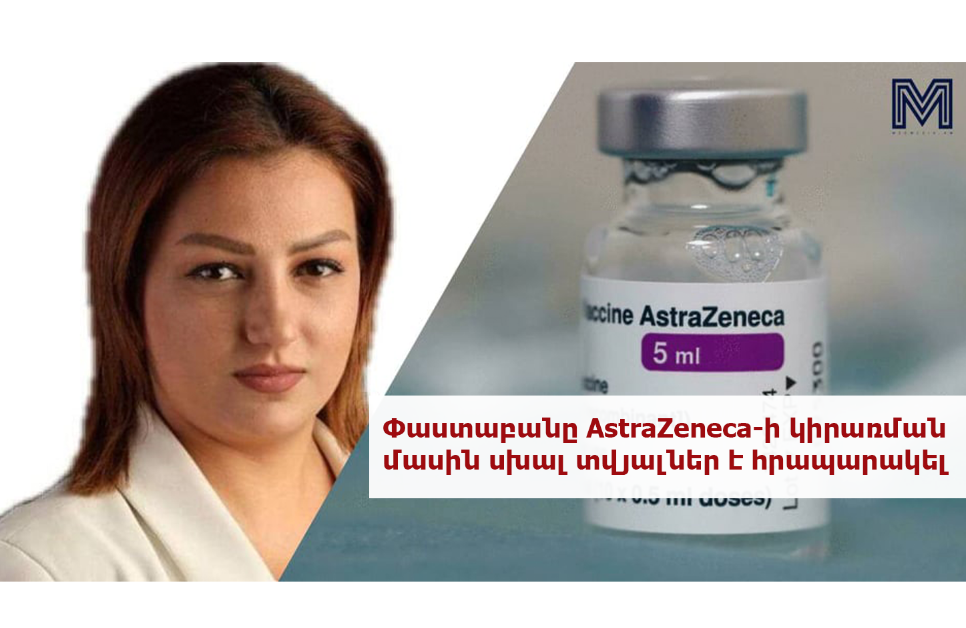 On October 21, Susanna Sargsyan, the founding director of ALGA Lawyers, told Medmedia.am that 11 European countries had stopped using the AstraZeneca vaccine against coronavirus.

“Eleven European countries, including Germany, France, Italy and Spain, have stopped using the AstraZeneca vaccine against the coronavirus,” she said.

Medmedia.am used that part of the interview as a headline. Mushroom websites and Facebook pages, in turn, disseminated the information widely. 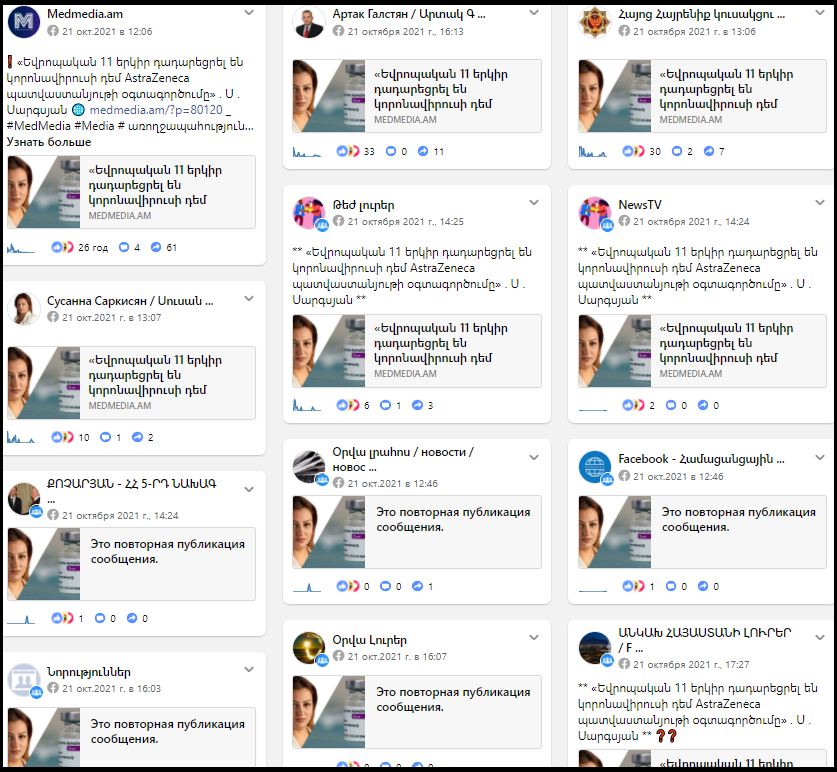 Eleven European countries did stop using the AstraZeneca vaccine, but it did so on March 15, 2021. The reason for discontinuation was the development of a thrombus in those who have received the vaccine. Of the 34 million vaccinated, 222 were diagnosed with thrombosis.

Shortly afterward, on March 19, a number of countries, including France, Germany, Italy, Spain, Bulgaria, the Netherlands, Portugal, Latvia, and others, reversed their decision to suspend AstraZeneca because the European Medicines Agency and the World Health Organization (WHO) confirmed its safety and effectiveness. According to the available data, there is no connection between the occurrence of thrombosis and the vaccine.

On July 4, the European Medicines Agency released a new study showing that thrombosis was a very rare side effect of AstraZeneca. However, the probability that thrombosis will be caused by the coronavirus infection is higher. For example, observations by scientists at the University of Oxford showed that shortly after the AstraZeneca vaccination in Britain, 5 out of 1 million people were diagnosed with thrombosis. In Pfizer, 4 out of 1 million people were diagnosed with thrombosis. According to these data, the probability of developing thrombosis from the vaccine is very small.

MedMedia.am does not stop spreading false news about Covid

MedMedia.am presents itself as a healthcare website, but often spreads manipulative or false news, including information dangerous to public health. It was founded by urologist Gevorg Grigoryan, who is the brother of Grigor Grigoryan, the former head of the SSPS. He is not only a doctor but also a politician․ He was included in the pre-election list of the opposition “I have honor” bloc during the snap elections to the National Assembly.

In 2020, the international press including openDemocracy and The Guardian covered MedMedia.am and reported that Grigoryan had received a grant from the US Embassy to create the website, and that, in fact, the website which is disseminating misinformation about Covid-19 in Armenia was funded by American taxpayers. Following the announcement, US Ambassador Lynn Tracey announced that the embassy was suspending funding for the site. Now the site often spreads misleading news about vaccines.

Thus, Susanna Sargsyan’s assertion that 11 European countries have stopped using the AstraZeneca vaccine is out of date. The announcement was made in March, which was followed by new research on the safety and effectiveness of the vaccine. These countries now use AstraZeneca.