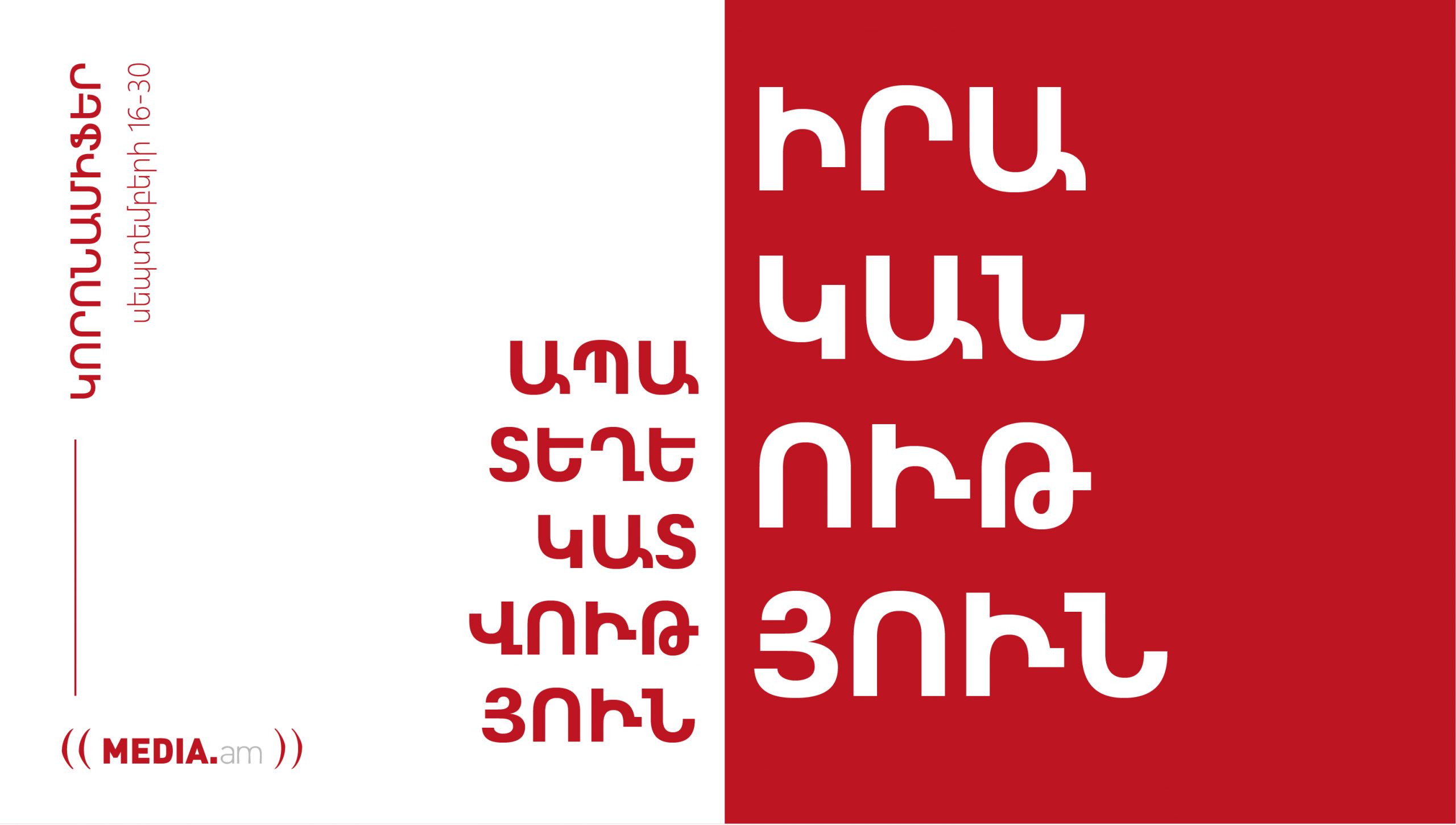 The anti-coronavirus movement is gaining momentum. If at the beginning of September the pages of the anti-vaccination campaign started collecting signatures online to dismiss the Minister of Health Anahit Avanesyan, then at the end of the month protests were organized against the order issued by the Minister. Media.am has summarized the misinformation and conspiracy theories about the pandemic in the second half of September.

“Both vaccinated and unvaccinated people are infected in the same way”

❌ Hovhannisyan insisted that if there is a possibility for those who have received the vaccine to get infected, then the testing process becomes meaningless, as a tested unvaccinated person can be infected by those who have been vaccinated but who go untested.

✔️ This statement is not entirely true. Vaccines do not guarantee 100% immunity to the coronavirus, but they significantly reduce the risk of infection. This is evidenced by the data published by the Minister of Health on September 24: Out of 11,470 infected people, only 286 were vaccinated, of which 38 were hospitalized.

❌ The epidemiologist also claimed that these vaccines have not passed all the stages of testing, and we are all found in the process of clinical trials. According to him, vaccination is very important if it is proven that the vaccine is effective and safe.

✔️ This statement is widespread now, but it does not correspond to reality. All vaccines used against COVID-19 in Armenia have passed clinical trials. They are approved for use among the population by international health organizations.

Vaccines are not contraindicated in pregnant women

❌ Recently, news has been appearing in the media again that the safety of the vaccine during pregnancy has not been studied, and it may even cause a miscarriage. Such statements are also made by Doctor-Professor of Medical Sciences Petros Ananikyan.

✔️ The fact-finding team of Media.am studied this claim over the summer and found out that scientific studies show that COVID-19 vaccines are applicable for pregnant women.

Media.am found out that a number of websites incorrectly quoted the words of the Minister of Health. Anahit Avanesyan stated in the National Assembly on September 23, “20% of those infected become seriously ill, 5% develop extremely severe symptoms, 2% die.” The media, verelq.am, usanogh.am, Armrusnews.am, made an error in their content, writing that she was referring to “vaccinated people.” There was a similar content error in the “News” report on Public Television (4:50).

However, this statement is wrong, because the minister’s word did not refer exclusively to the vaccinated. The 2% mortality rate, for example, does not apply to vaccinated cases, but to all infected people in general.

Those who have gotten the vaccine “cannot” become blood donors

❌ Healthy Society NGO President Marina Khachatryan has spread another piece of misinformation about the coronavirus vaccinations. In the video published on Politik.am, she claimed that in response to her inquiry from the Professor Yolyan Hematology Center, they stated that vaccinated citizens could not be blood donors for at least 6 months.

✔️ The hematology center denied both giving Khachatryan such information as well as the assertion itself. Moreover, Margarita Hakobyan, deputy director of the center’s Blood Bank, said that no blood is taken from a person after receiving the first dose of the vaccine and that a person can become a blood donor just 10 days after receiving the second dose. Meanwhile, those who have been infected and seriously ill may become blood donors only 6 months after receiving treatment.

“Channel 5” did not talk to Hayko’s relatives: mushroom sites write freely and creatively

People’s Artist of Armenia Hayko died on September 29 because of COVID-19. Shortly after the news of his death, discussions started on Facebook that the artist had died not from the coronavirus, but from a vaccine. In response, the Ministry of Justice posted a Facebook post: “…The cause of death of the singer is not the vaccine against COVID-19. We should not manipulate the loss and enter the field of personal information.”

Later, mushroom websites and their Facebook pages started a new round of speculations. In particular, it was written that one of Hayko’s relatives said in an interview with “Channel 5,” “The doctors came and went and said ‘Hayk dear, you should get vaccinated, it will definitely help,’ Hayk did not want to. I don’t know what they did, whether they vaccinated him without him wanting to or not, but they really wanted to inject my Hayk with that medicine.” Such an interview, however, did not appear on “Channel 5” during the whole day.

Vaccines will “poison” and “infect”

Neurosurgeon Marina Khachatryan announced in one of her Facebook posts that people will be poisoned by vaccines. And LiveNews media interviewer Armine Simonyan called the coronavirus vaccine “a destructive poison for globalists” (19:40).

❌ Then in the LiveNews studio, Marina Khachatryan insisted that “people are deliberately infected with vaccines,” therefore Minister Anahit Avanesyan is guilty of committing a criminal offense (8:35). As proof of what was said, Khachatryan cited the argument of the short-term effects that occur after vaccination, “if there is no infectious agent in it, how do people develop symptoms typical of the coronavirus and how do the citizens receive a positive COVID result on tests?”

✔️ However, fever, muscle aches, flu-like symptoms, and other effects are not caused by an infection but by a vaccine that teaches the human immune system to recognize the virus and fight it. Such effects are predictable and those who are receiving the vaccine should be notified ahead of time.

The RA Ministry of Health has denied the statement of Nune Nersisyan, former director of Masis MC, who regularly spreads misinformation about the coronavirus. According to Nersisyan, businessman Nubar Afeyan offered the “Moderna” vaccine to the Armenian government, but the latter refused. Hripsime Khachatryan, the spokeswoman for the Ministry of Health, called this assertion “simply a fabrication.”

By the way, on September 30, it turned out that Armenia would receive a gift of 50,000 doses of the Spikevax vaccine produced by Moderna from the Lithuanian government.