It’s Not 2% Of Vaccinated People Who Die But Infected People: The Mistake Spread By Public Television 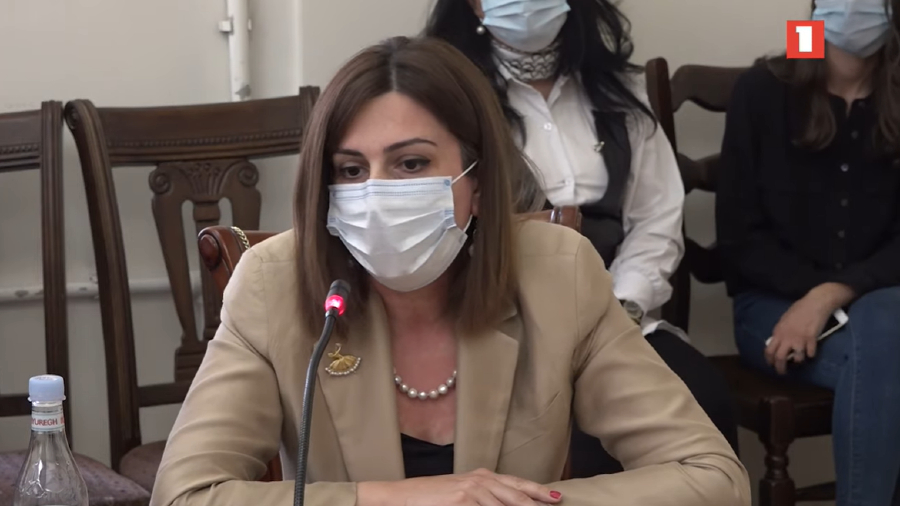 On September 23 a working consultation was organized in the NA Standing Committee on Human Rights and Public Affairs on the new regulations to be introduced starting October 1. The Minister of Health Anahit Avanesyan also participated in the discussion.

Answering the questions of the former President of the Chamber of Advocates Ara Zohrabyan, figures were voiced on the course of the disease and the mortality rate of those infected with the coronavirus.

“20% of those infected become seriously ill, 5% develop extremely severe symptoms, 2% die. Now, what should we do? Shouldn’t we get treated?”

A part of the media, spreading this segment of Avanesyan’s speech, made a content error. For example, “Sputnik Armenia,” quoting the minister’s words about the course of the disease and the mortality rate, wrote, “20% of the vaccinated become seriously ill, 5% develop extremely severe symptoms, 2% die.” 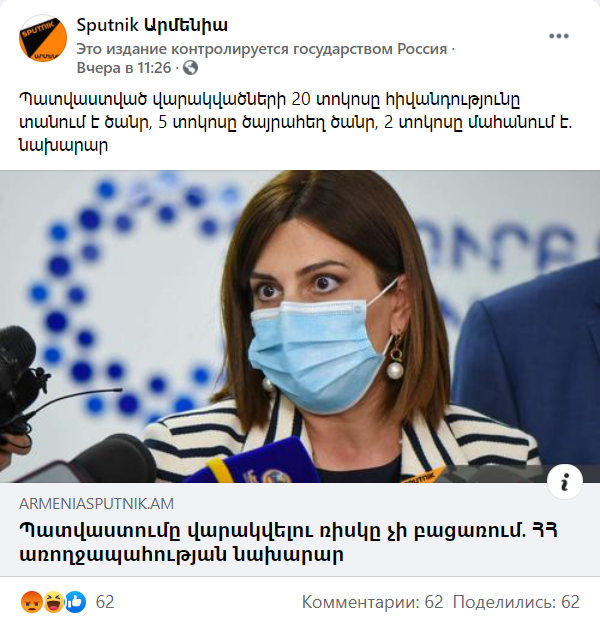 The media outlet soon edited the text, removing the word “vaccinated,” but there were no changes on the Facebook page (as of September 24, at 3:50 pm).

The information that 20% of vaccinated people become seriously ill, 5% develop extremely severe symptoms and 2% die, was spread by various media outlets, which, unlike “Sputnik Armenia,” did not edit the material.

While quoting the minister’s words, verelq.am, usanogh.am, Armrusnews.am made the same mistake, Facebook users also wrote about this.

The same mistake appeared in Public Television’s “News” report (4:50), which referred to those who spread false news about the coronavirus.

The journalist, without mentioning the source of the statistics, said, “According to statistics, up to 20% of those who are vaccinated become seriously ill, up to 5% find themselves in an extremely serious condition, and 2% die.”

This statement is wrong because the minister’s words were not referring exclusively to the vaccinated.

The 2% mortality rate, for example, does not apply to vaccinated cases, but to all infected people in general.

The interactive map of the organization Our World in Data states that the mortality rate from COVID-19 in Armenia among infected people as of September 23 is 2.03%.

As for the studies conducted among the vaccinated, today at the Government session Anahit Avanesyan said that now only 286 out of 11,470 infected people have been vaccinated, of which 38 have been hospitalized. They react to the disease much lighter and are hospitalized because they have other chronic problems.

It turns out that now 2.5% of those infected with coronavirus in Armenia have been vaccinated, the other infected people have not received a vaccine.