No “Illegal Tests” Are Being Carried Out In Armenia: Politicians Are Being Manipulative 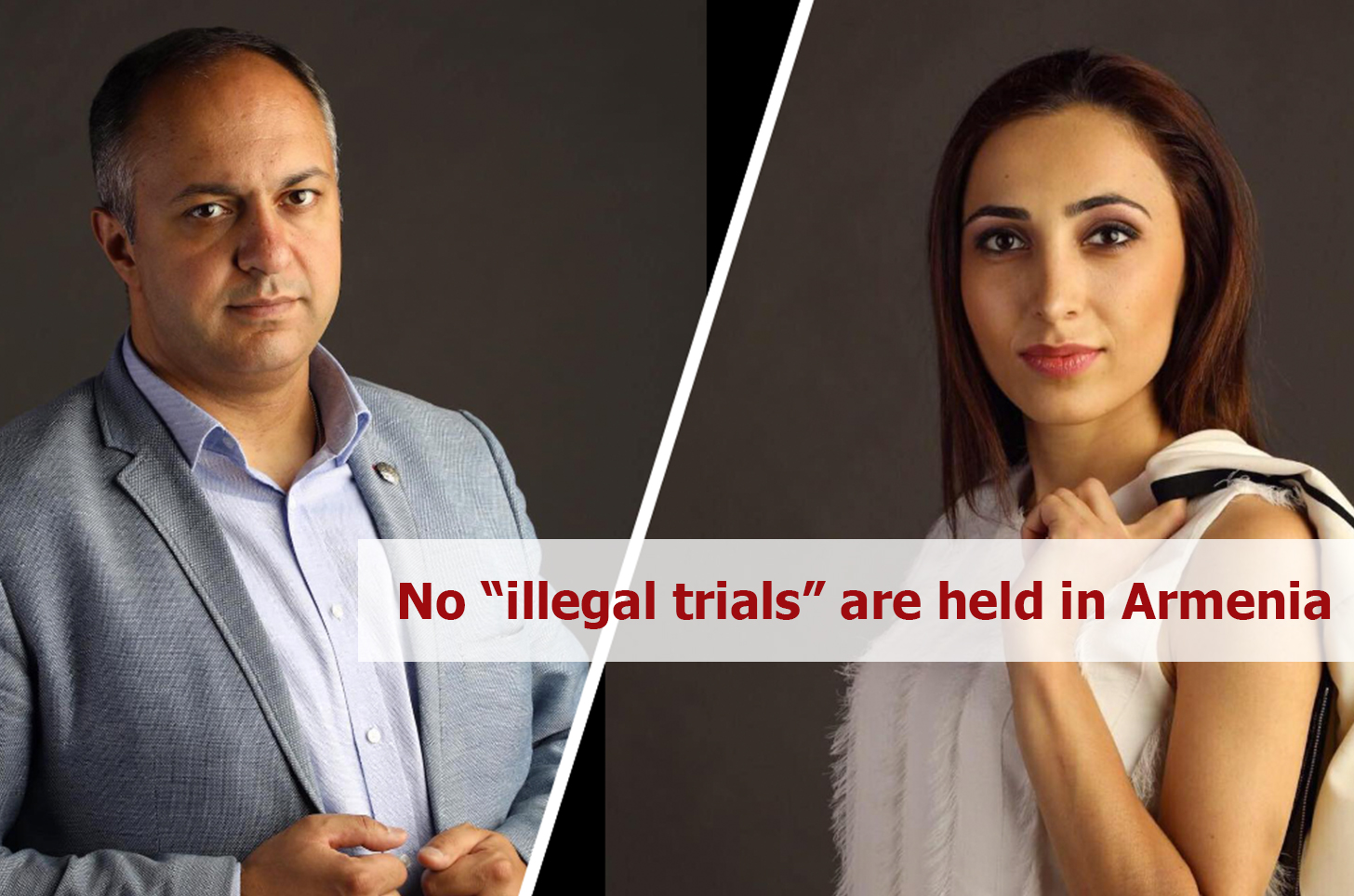 In August 2021, two politicians reported a crime to the Prosecutor’s Office, the SIS and the NSS, claiming that “illegal trials” were being carried out in Armenia with vaccines against COVID-19, and that the actual vaccines were not registered in Armenia.

These allegations were manipulative. Their authors were politicians conducting an anti-vaccination information campaign.

Who reported the crime?

The authors of the report on the crime were Marina Khachatryan and Arthur Grigoryan. Both introduced themselves as leaders of non-governmental organizations.

Both figures participated in the 2021 snap parliamentary elections with the pre-election list of the “Armenian Homeland” party.

This party was founded in August 2018. It is headed by Artak Galstyan. The party is also connected with Vardan Ghukasyan, a former police officer whose vlog is popular on the Internet.

The party did not declare any financial resources or property during the elections. Marina Khachatryan declared only one income – the salary received from the Mikaelyan Institute of Surgery (816,000 AMD, i.e. a minimum monthly salary of 68,000 AMD). Arthur Grigoryan did not declare any income.

Marina Khachatryan is a former member of the Yerevan Council of Elders. She is actively involved in politics and often spreads false or manipulative information about the healthcare sector.

Arthur Grigoryan is also an activist. In 2019, he fought against the Council of Europe Convention on Preventing and Combating Violence against Women and Domestic Violence (Istanbul Convention). Now he spreads unverified information about vaccines on his Facebook page, most often from the website Pastark.am.

The report filed by Khachatryan and Grigoryan was published on the Pastark.am website. It was also published by Hraparak.am. With the crime report, they demanded to initiate a criminal case against a number of officials, including the ministers of health and economy.

A suit, however, there were manipulative allegations in the report.

❌ “No vaccine against COVID-19 is included in the ‘National Vaccination Calendar’ by the decision of the Government of the Republic of Armenia.”

✔️ Vaccines against coronavirus are not regular planned vaccines. They have begun to be implemented because there is an emergency situation, a pandemic. That is why they are carried out according to epidemiological instruction and according to the government’s decision made in 2020.

❌ The authors note, “No vaccine against COVID-19 is registered in Armenia.” They also hint that the reason is that they have not been sufficiently tested.

✔️ In response to Media.am’s inquiry, the Ministry of Health informed that the RA Law on Drugs also allows the import and application of unregistered vaccines, if there is a relevant decision of the authorized body (Article 21, part 6, item 4). The Ministry also informed that such a decision was made by the government in 2019.

Prior to use in the general population, all vaccines used in Armenia have been tested and approved by international health organizations (see below for more details).

❌ “Clinical trials with COVID-19 vaccines are being carried out among the citizens of the Republic of Armenia.”

✔️ The filers of the report, Khachatryan and Grigoryan, not only claim that  “clinical trials” are being conducted in Armenia but also refer to the Nuremberg Code, which regulates the ethical part of trials.

However, all vaccines used in Armenia against coronavirus have already passed clinical trials and been approved by international health organizations for use in the general population. Thus, AstraZeneca, Sinovak and Sinopharm are approved by the World Health Organization. Sputnik V is approved by a number of countries in South America, Asia and Europe.

This is not the first time Marina Khachatryan has tried to link the Nuremberg Code with the coronavirus vaccination process. In July, she even threatened to “hold accountable” the doctors who inject the vaccines with the help of this document.

In an interview with Full Fact, Alexis Paton, lecturer in social epidemiology and the sociology of health at Aston University in the United Kingdom, stressed that the Nuremberg Code applies only when it comes to testing. That is, the code is applicable to vaccine trials, but is no longer relevant when it comes to vaccines already approved for use in the general population. “when we talk about Pfizer or AstraZeneca [vaccines], we’re out of the auspices of the Nuremberg Code because this is a product that has been trialed, with appropriate ethics in place, and has been approved and is now in production and being used globally,” Paton said.

Thus, two politicians included in the pre-election list of the “Armenian Homeland” party filed a crime report against their political opponents, using manipulated data on coronavirus vaccinations. Their claim that “illegal clinical trials” are being carried out in Armenia is incorrect, as all the vaccines used have already passed clinical trials.

* The article was changed on September 21, 2021. The first version of the article mistakenly stated that Sputnik V was approved by the US Food and Drug Administration.