A Well-Known Figure In The IT Industry, An Active Disseminator Of Myths 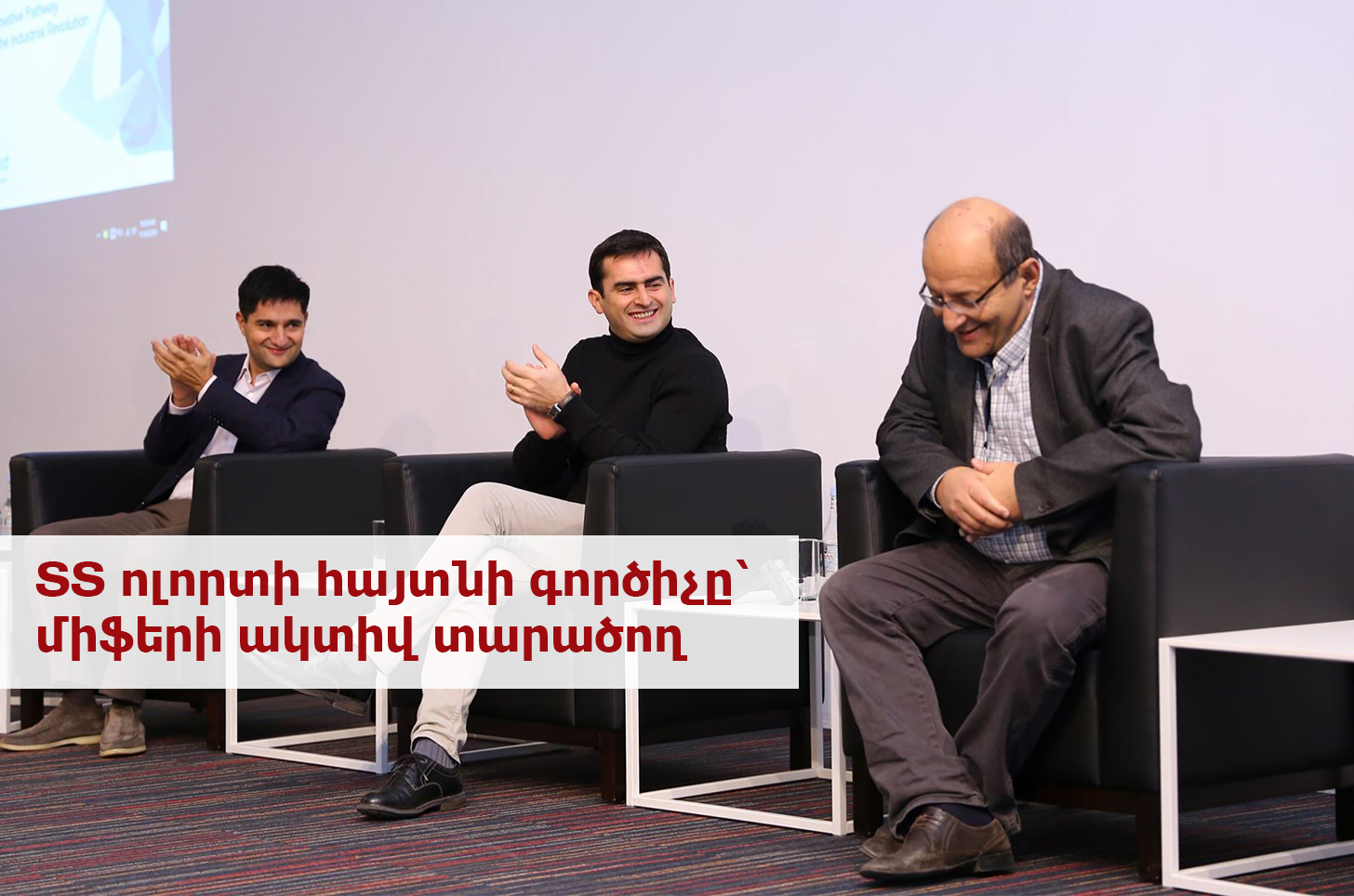 On May 4, on his Facebook page, the Minister of Health Arsen Torosyan touched upon, in his words, “absurd allegations” about the coronavirus made by the UITE Executive Director Karen Vardanyan.

Vardanyan has been spreading false rumors about the coronavirus for some time now. Media.am has studied Vardanyan’s activities and found out that one of the well-known figures in the IT-sphere of Armenia even spreads myths related to his profession.

Karen Vardanyan’s interview with 1in.am was the reason for Arsen Torosyan’s critical post. In the interview, Vardanyan claimed that the world organizations had organized a conspiracy to sell vaccines.

Vardanyan blames international organizations, the beloved hero of conspiracy theories, George Soros, as well as one of the most famous businessmen in the IT sector, Bill Gates. The interview was removed from 1in.am’s website but was saved on the media’s YouTube channel.

Referring to these allegations, Arsen Torosyan wrote, “I regret that an entire field based on science and scientific evidence may be represented by a person expressing such thoughts.”

Vardanyan has been actively spreading various myths about the coronavirus for months. As an IT expert, he even made baseless claims about 5G telecommunications technology.

In the first five days of May alone, Vardanyan made about 30 posts on his Facebook page about myths about the coronavirus. He also often appears on-air on News Radio.

Vardanyan mainly repeats the common and repeatedly refuted claims about the coronavirus epidemic in different countries of the world. He considers that the Ministry of Health of Armenia is under pressure from the International Health Organization (WHO).

Vardanyan highly appreciates the policy of US President Donald Trump for the pandemic. Trump stopped funding the WTO, saying that it was not the US authorities but the WTO that was to blame for the high rate of infection in that country. To date, about 70,000 people have died from coronavirus in the United States, the worst in the world.

Minister Torosyan’s post was definitely not understood: He was accused of leaking non-public information about Vardanyan’s health condition.

In an interview with Armdaily.am, Vardanyan himself said that the minister had violated medical ethics. “I didn’t go and look at his epicrisis and say what diseases Mr. Torosyan is suffering from, did I?”

Information on Vardanyan’s health problems is publicly available: A few years ago, a fundraiser was held on Facebook to cover Vardanyan’s medical expenses abroad. The fundraiser also had a separate Facebook page.

In a response interview of the minister’s post, Vardanyan reiterated a number of false allegations. In particular:

What organization is headed by Karen Vardanyan?

Karen Vardanyan has been the Executive Director of the Union of Advanced Technology Enterprises (UITE) since 2007. Dozens of IT companies are members of the union, and its chairman is Alexander Yesayan, co-founder of Ucom.

DigitecExpo’s annual exhibition, Armat Engineering Laboratories Network and the WCIT World IT Conference held in Armenia in 2019 are among the programs coordinated by UITE.

The UITE has repeatedly received funding from various international organizations. Among the donors are the United States Agency for International Development (USAID), the European Union, as well as the Government of the Republic of Armenia.

Arsen Torosyan is not the first minister with whom Karen Vardanyan has a conflict. A few months ago, Vardanyan announced that the government had stopped funding Armat Engineering Laboratories.

Minister of Education and Science Arayik Harutyunyan responded to his statement, noting that “such a statement is made by a man whose organization received more than 800 million AMD just six working days ago to introduce 284 new laboratories in three regions.” Addressing UITE staff, Harutyunyan added that Vardanyan’s “behavior makes him an unreliable partner.”