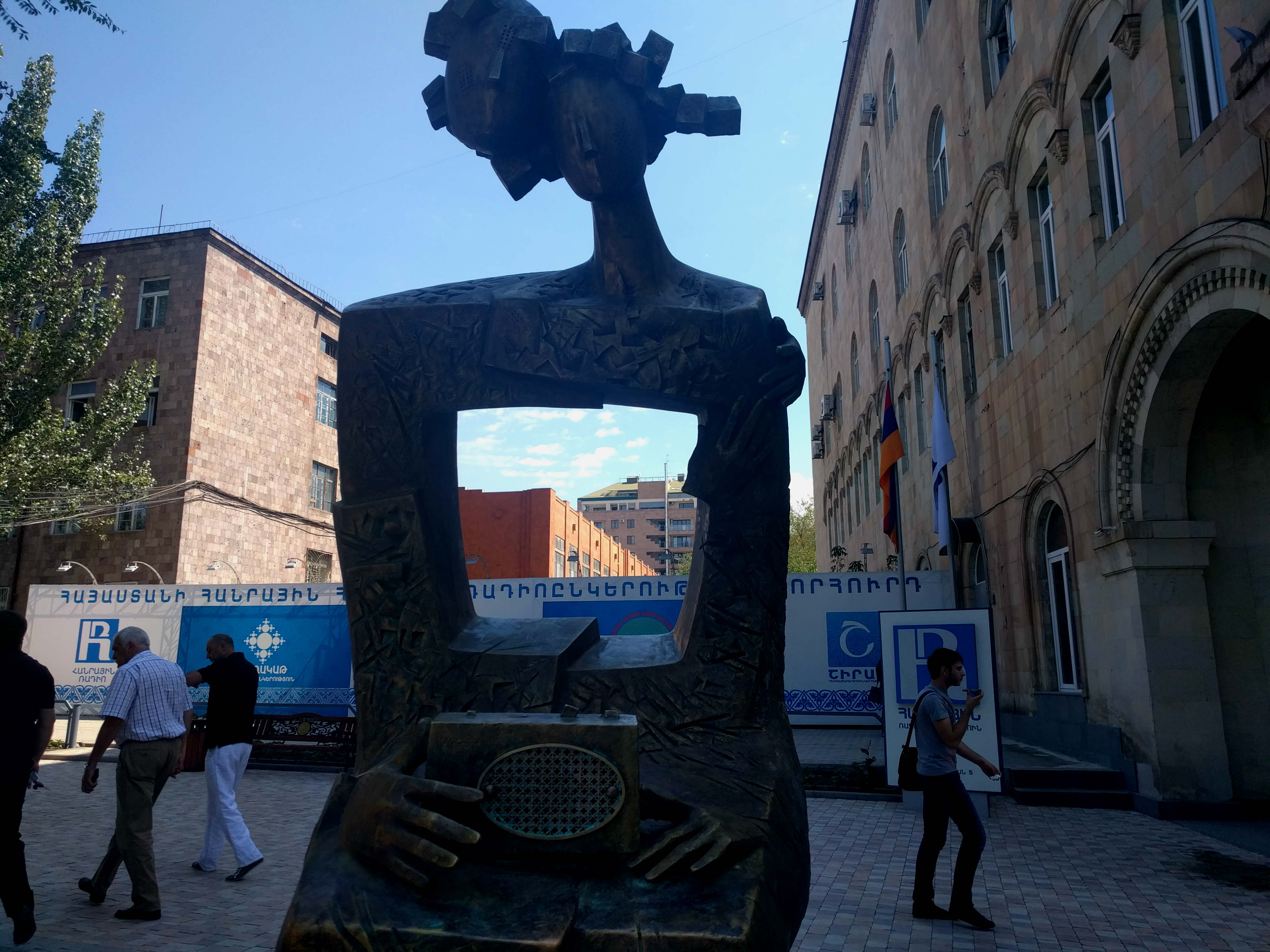 Armenia’s radio became 90 years old. The pilot radio station launched on Sept. 1, 1926, and worked for a straight half-hour. And so the foundation was laid for mass distribution of audio information.

Years later, the radio lost its position to more colorful and fashionable types of media. Rather, it became a venerable and steady classic, which is simultaneously accessible to all and enigmatic at its core. Sound assumes the entire burden of imparting information and puts to work millions of modulations and half-tones. Only sound and that’s it…

In short, the radio is a noble media, with its secretive, accessible, and vague components.

And now, on the day of its 90th anniversary, the Public Radio of Armenia began to be broadcast also in the digital domain. That is, Public Radio’s programs will be available through any TV that receives digital signals, in the entire territory of Armenia. Figuratively speaking, it will once again be the “radio on the wall” (if, of course, you have a television hung on the wall). 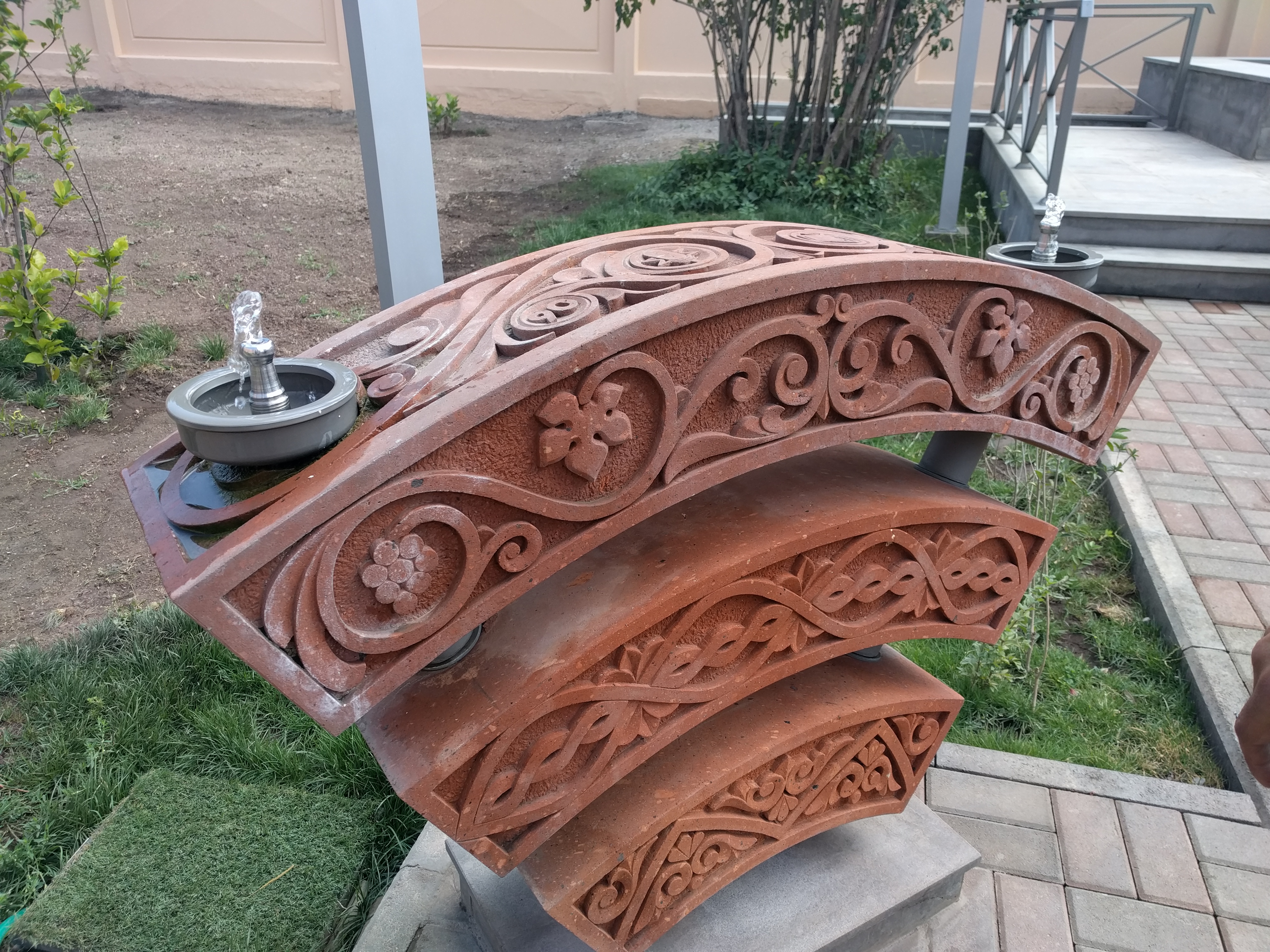 The park across from the TV and radio company’s building has been reconstructed and updated. There are loudspeakers on the railings, a walk of fame with names of radio and TV industry people in stars on the sidewalk, and a path, benches, and a fountain at the back (also with media symbols). Everything is fresh, clean, and allegorical.

Placed outside the entrance door is a sculpture symbolically representing radio, or rather, convergent media (and it is likewise convergent). A partly figurative, partly abstract symbol called “Airwaves”.

The idea is that people and the media are inseparable and for this reason, broadcast media has become intertwined with human beings, sitting on the virtual (invisible) chair and watching passers-by. There’s a radio on the media-person, which plays. It plays good music and at the right tone. 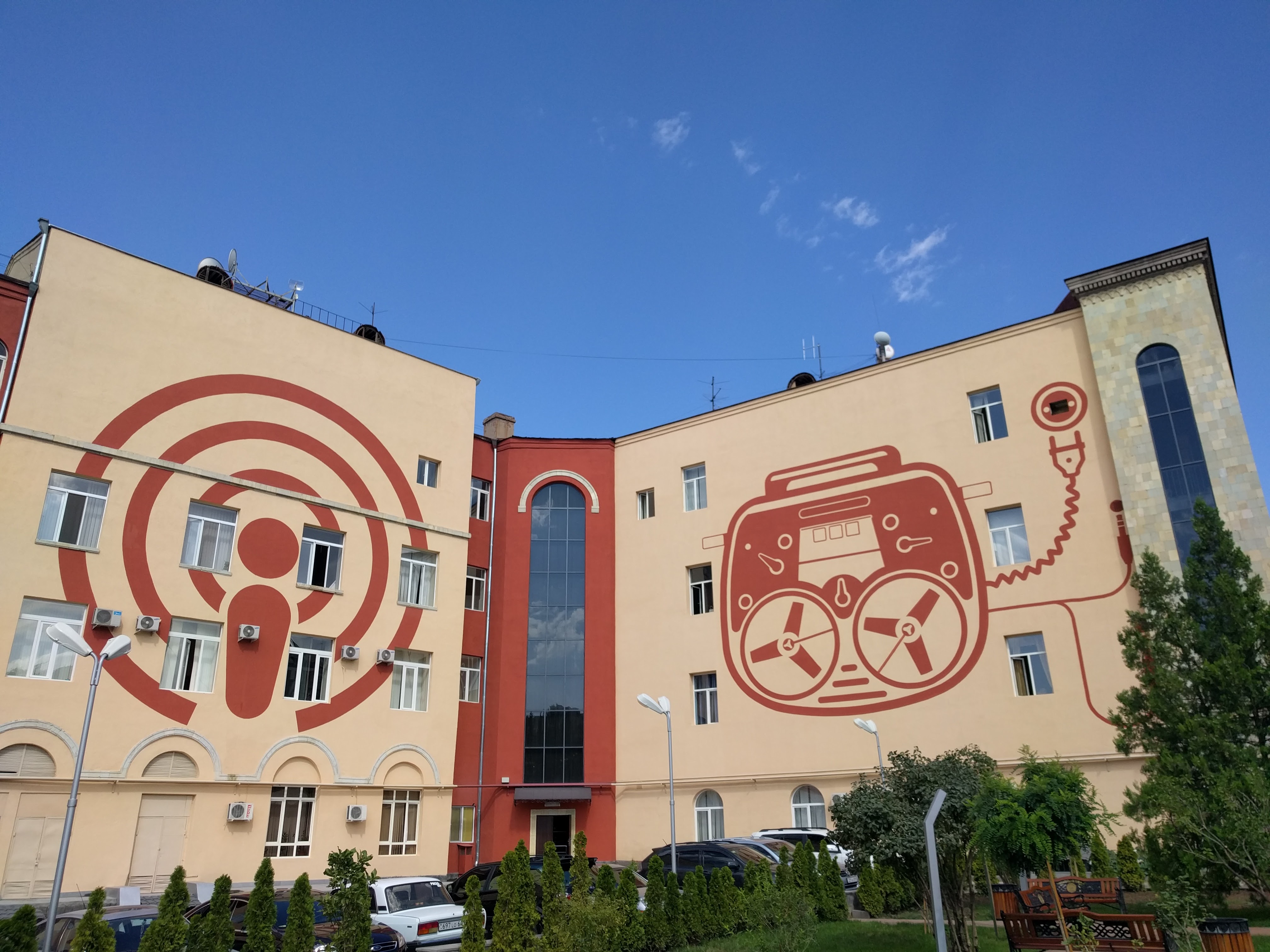 The musical accompaniment is part of the sculpture. Public Radio Executive Director Arman Saghatelyan says that such a device that can withstand the cold, the heat, and rain was especially chosen, allowing to broadcast an uninterrupted audio signal. It’s still music…

The creator of small-scale urban sculptures, sculptor David Minasyan created a symbol that is at once the symbol of many things. The sculpture having two heads sends a message of love, while the opening in the body allows one to contemplate the transparent and fragile structure of the media and the body.

By the way, the opening is also convenient for taking selfies. 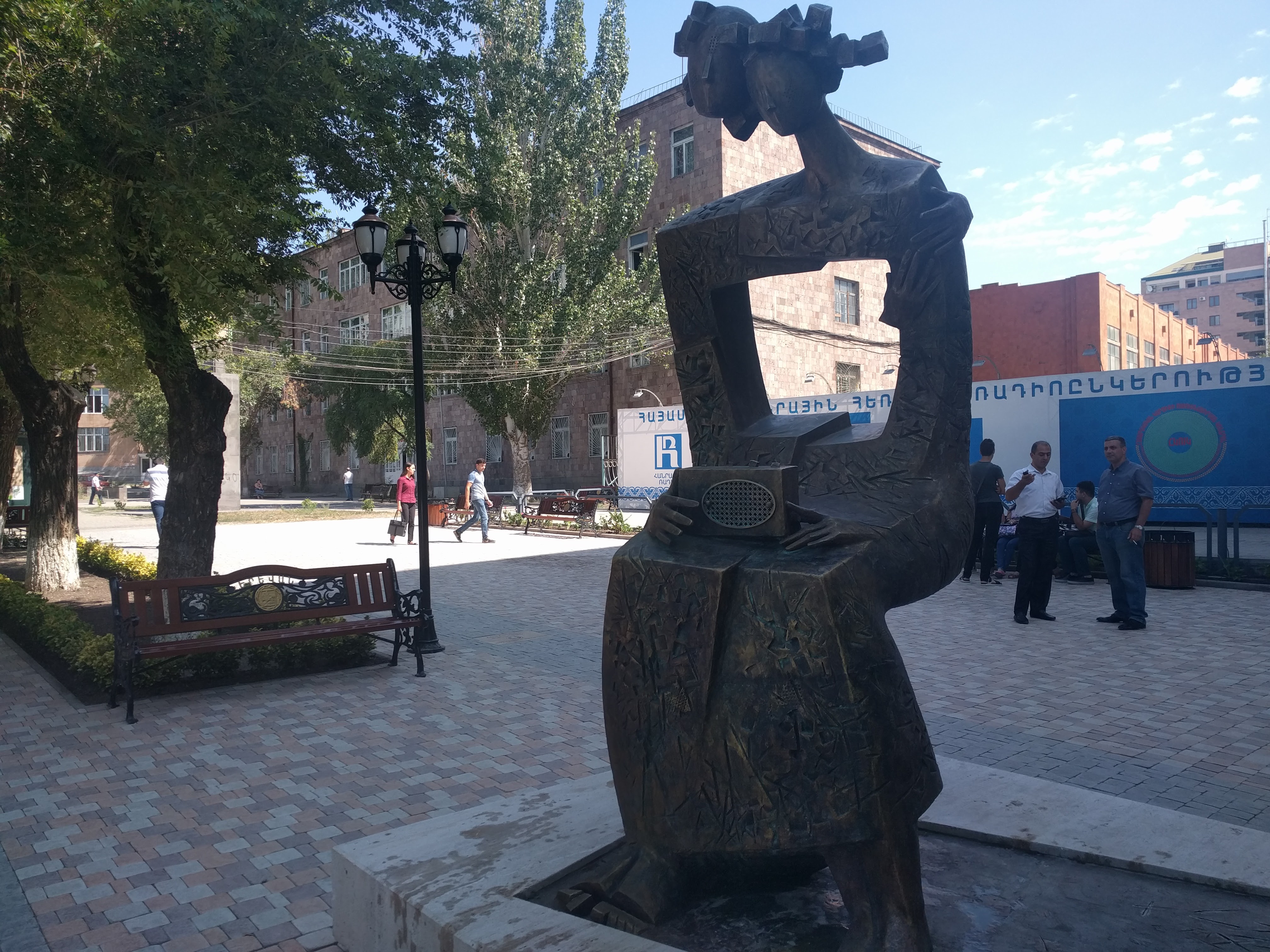 The back walls of the building have been decorated by graffiti. The style is restrained, while the depicted objects, strictly professional: radio receivers, wires, waves symbolizing airwaves.

Any new colour or size appearing in the city brings with it also a new opportunity for (or restriction of) communication.

And now the Public TV and Radio Company of Armenia building on Alek Manukyan St. and the adjacent area will be communicating with the public through symbols of the media.