In The Library: Eduard Israelyan 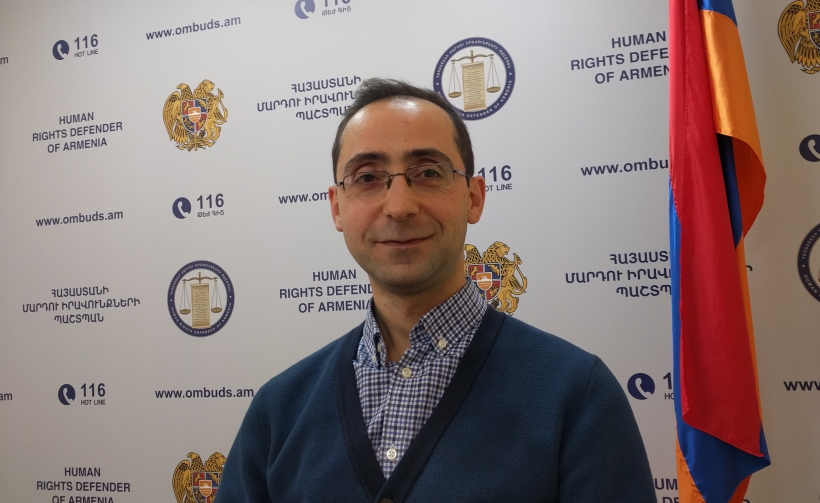 Eduard Israelyan, Head of the Department of Children’s Rights Protection of the Human Rights Defender’s Office, is convinced that discussions on traditional and social media should take into account the best interests of the child.

Israelyan says that cases of sexual violence against children in Armenia are rising year after year and that’s what should be talking about. “People are more often resorting to appealing to law-enforcement bodies in such cases and aren’t hiding as they did in the past, and that is a positive thing. People are beginning to talk, to appeal to law enforcement. It is also a means of prevention.”

The Human Rights Defender’s Office in Armenia cooperates with journalists on the issues of protection of children’s rights.

“Established media outlets have their own code of ethics where it says how they should cover issues regarding children, in such a way that it would not cause the child harm. There are, of course, websites that do not care about children’s rights,” said Eduard Israelyan.

Do not forget about children’s rights when writing stories about children. Armenian authors created a manual in Armenian for journalists called How to Cover Children’s Issues. It expresses the main message of respecting the dignity and rights of a child in any situation.