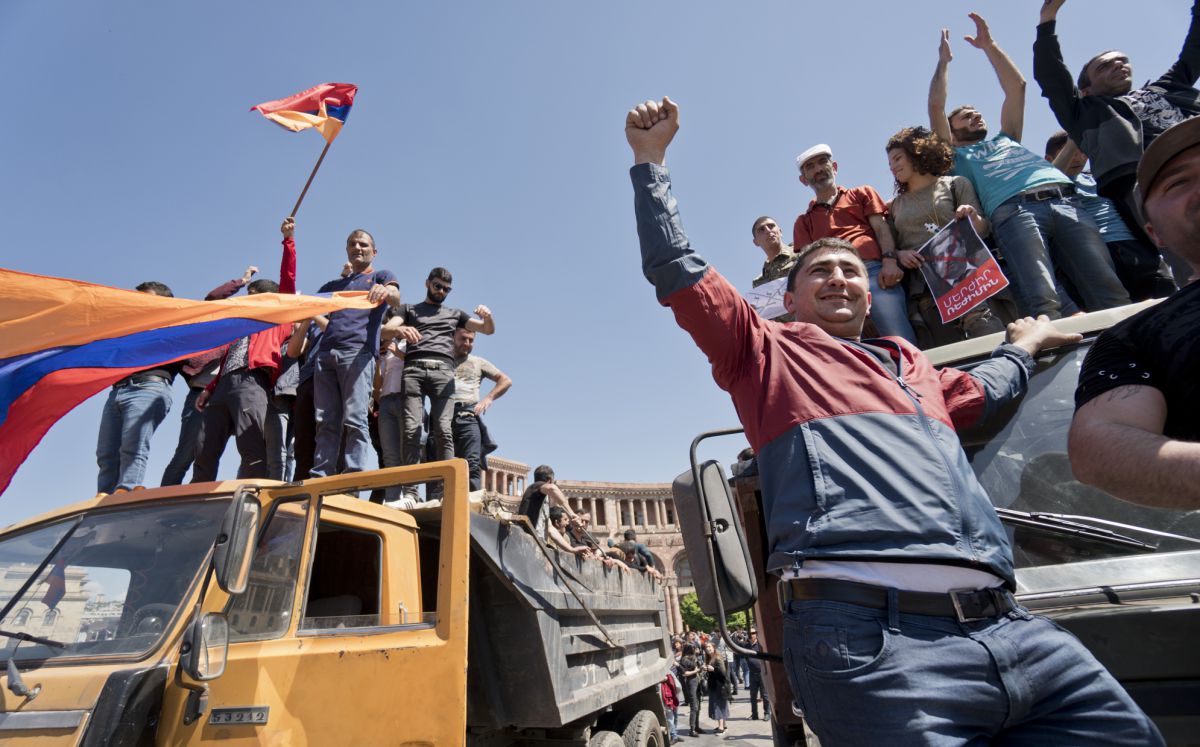 The Velvet Revolution, with its marches and rapidly moving acts of disobedience, reached a symbolic end. The symbol of victory became spontaneous dancing, which could be seen throughout Armenia.

Dance is a form of self expression, which unites and creates an atmosphere of love and solidarity. The ritual of dance in the My Step movement was based on the rhythm, which started from  the mountains and echoed, turning into drum beats and claps, then being perceived as a step of public joy.