Try to Consider the Pain You Might Cause, Even Unintentionally 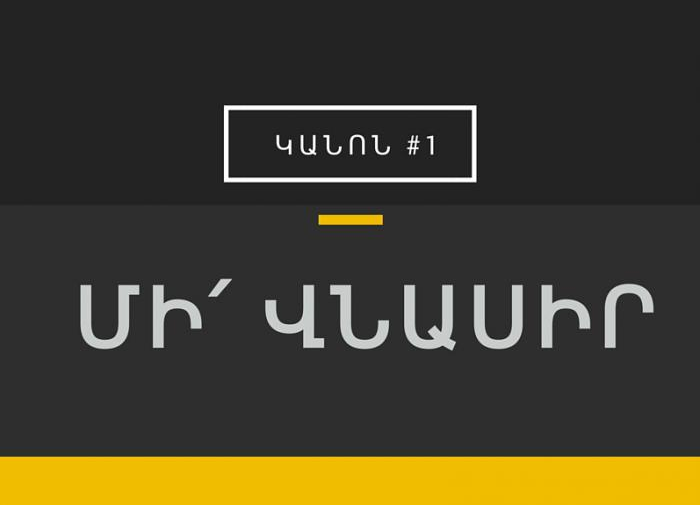 To what extent do we journalists calculate the psychological and moral harm or anguish we might cause as a result of our actions?

Reporting last week on acute respiratory diseases and particularly the H1N1 virus, Aravot made an ethical gaffe: accompanying a story in which the headline stressed death from this flu was the photo of a living man, which the photo agency had sent and tagged “flu”.

We could try to justify ourselves by saying that the photo was up on the site only briefly and was removed after the author of the article alerted us. We could mention that other news outlets also used the same photo. By the way, our news outlets often accompany news about swine flu deaths with photos of living persons but wearing face masks.

A different matter is that often photos that are not of local Armenians are used. After all, in the photo we used, a face wasn’t even properly seen: there was a hat, coat, face mask… And the news too wasn’t just about death. But all these would only be justifications — it is an irrefutable fact that committed was a serious mistake, and for which we apologized.

This is also an opportunity to examine to what extent do we journalists calculate the psychological and moral harm or anguish we might cause as a result of our actions.

We’re slightly delayed in examining this issue because there was a desire to wait until the emotional wave subsided somewhat. Do you remember the downpour in autumn 2015 that followed the release and subsequent death of Soghomon Kocharyan who was sentenced to life imprisonment?

Let us put aside for a moment that Kocharyan was posthumously called a “great man,” and the robbery and murder he committed was almost justified based on the fact that though the murder victim was a citizen of Iran, he was of Azerbaijani origin. “In Azerbaijan, those who kill Armenians are given medals and financial rewards from the country’s president. Whereas Soghomon Kocharyan, who killed an Azerbaijani, was mercilessly annihilated,” wrote [AM] one news outlet.

Another news outlet published the remarks [AM] of a relative of Kocharyan’s, who said that he killed the citizen of Iran Azerbaijani, likening him to his father’s murderer.

Well, of course, the victim’s relatives weren’t locals and didn’t contest these reports and didn’t demand an answer.

But the problem was not limited to Soghomon Kocharyan. Suddenly there was the impression that only innocent people are sentenced to life imprisonment, and who definitely must be released early. “There’s a problem of being humane. They are people. They live. How long can they be kept in this confined space?” the journalist human rights defender, said [AM], indignant.

Eventually, someone had to mention that they [the lifers], though in a closed space, nevertheless, are alive. Unlike their victims.

Blogger Izabelle Abgaryan urged people not to forget the feelings also of the victims’ families.

By the way, such exhortations are nothing new. At one time, when the case of the well-known fugitive couple sentenced to life imprisonment was being examined at the Court of First Instance of Erebuni and Nubarashen Communities of Yerevan, prosecutor Harutyun Harutyunyan appealed to news outlets that instead of publishing “heartbreaking” stories, to insert in the pages of newspapers the image of 19-year-old Joseph’s body stoned to death…

It might seem that I compared two very different things: in one case, just a photo; in the other, the feelings of the victims’ families. But I am convinced that the generalization is our unmeasured approach and the not contemplating that with a single stroke of a pen or a few strokes on a computer keyboard what wound we might open or perhaps dig into incurable old wounds.