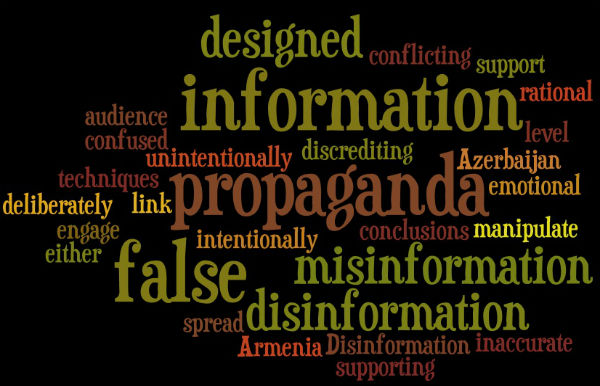 We’ve probably dreamt about living in a period of capitalism for so long that we’re now trying to create the sort of capitalism that doesn’t exist even in the most capitalist countries. If everything revolves around only money, profit, and glory, things won’t end well.

In the media sector, there’s a similar process of diving deeper into capitalism, which has various implications that recently have been discussed at length. I’m talking about creating traffic: when in the name of acquiring more site visitors, a news outlet sacrifices its professionalism and journalism ethics.

Today I want to address two incidents, both of which have to do with the Armenian-Azerbaijani conflict. Two instances that show there are legal issues in the media sector that can have serious consequences, considering Armenia’s being in a frozen conflict with Azerbaijan. Both cases are not unique; they simply show the overall situation, connected to several local news outlets.

The first case refers to creating a false alarm. On Jul. 14, Hayeli Press Club published on its website an article titled “Azerbaijan Declares War”. From reading the article it becomes clear that it’s referring to just another threat issued by Azerbaijan’s Defense Minister Safar Abiyev.

No need to say that Abiyev is known for years for declaring ultimatums (for example, in my blog, I found a four-year-old post about another ultimatum from Abiyev). At the very least, the editor should be informed about this trifle.

But the issue is actually more serious, since the news outlet is obviously machinating, creating a threat of panic, taking into consideration that many readers are impressed by headlines. Also taking into consideration the tense situation at the border, it becomes clear that the news outlet is ensuring site visits — by blatantly playing the role of an agitator.

The other incident refers to republishing content from Azerbaijani news outlets without filtering, verifying or commenting. On one hand, such conduct results in a large quantity of misinformation penetrating Armenia’s news media. The other, more dangerous issue is that Azerbaijan anti-Armenian propaganda is reproduced and disseminated in Armenian society.

An example of such an incident occurred on Jul. 22, when Mamul.am republished an article from the Armenia.az Armenian-language Azerbaijani propaganda site. The article was about Azerbaijani President Ilham Aliyev’s propagandist speech aimed directly at the Armenian public, which was cited verbatim by the Armenia-based website.

In addition, added to the end of the article was a hyperlink to the original source — the page on Ilham Aliyev’s official website where the speech was published. Basically, an Armenian website, for all intents and purposes, had become the disseminator of official Azerbaijani propaganda.

An interesting observation: though there are at least two links to the President.az website (one was a Russian-language piece, which has since been removed), one is unable to find a single link to the President.am website [the official website of the President of Armenia].

Google search results for the Russian-language article removed from Mamul.am

These are two shining examples, but such incidents are repeated quite often. Such approaches perhaps work in some news outlets’ favor, but from the public’s point of view, at the very least they’re disturbing.