Stealing Is Stealing, Whether It’s A Photo Or A Book 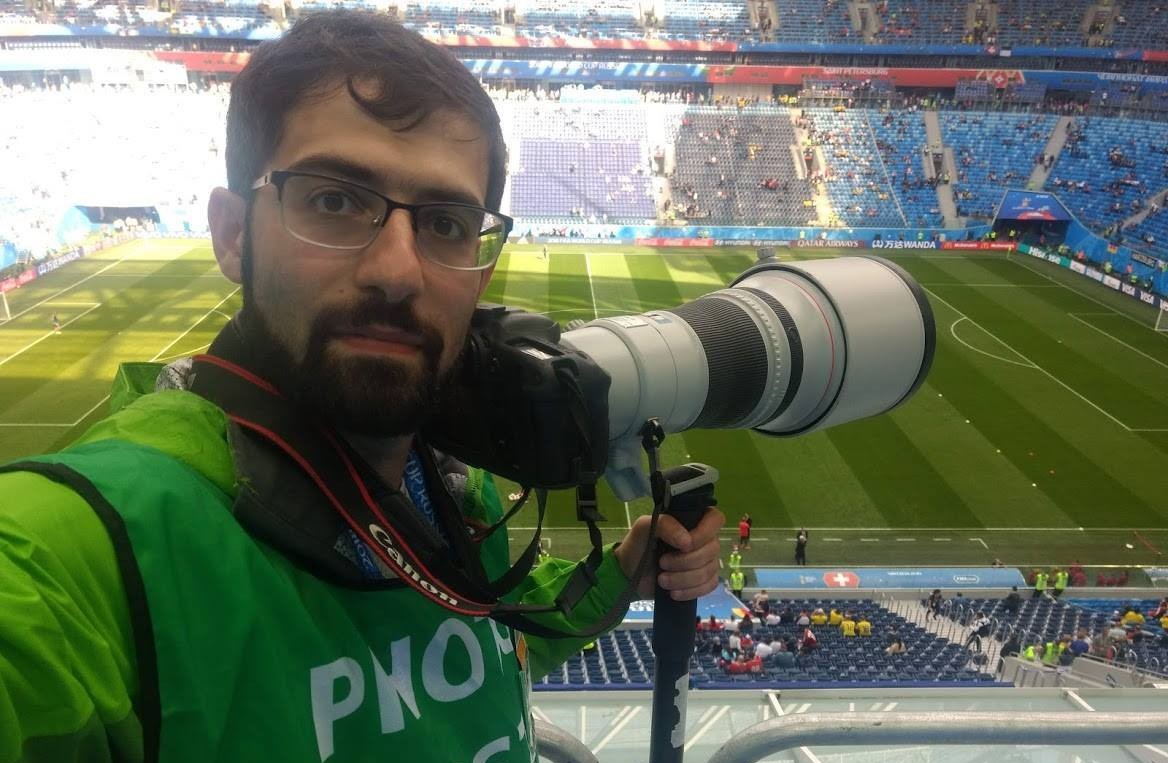 In 2019, I decided to quit First Channel and end my broadcasting career. There are approaches that are not at all to my liking, and my photography and I have started to gain appreciation abroad. Yes, in Armenian reality, it seems like a magic window opening to the fresh air.

Authoritative websites and magazines buy your photos, you get letters from decent people who value every second of your work.

One can get goosebumps: FIFA wrote a letter, congratulating the New Year and appreciating the partnership over the past few years (I have been accredited to the 2014 and 2018 World Football Championships, and covered the 2017 Confederations Cup and the 2018 World Cup).

But at the same time, suddenly, Armenian reality is slapping you and depriving you of “the right to walk on air,” when you have done no harm to anyone, “you haven’t told anyone’s chicken to shoo.”

There is usually one logical explanation behind taking photos without permission, “It was posted on Facebook, so we took it.”

Sorry, what? So, do you mean that Reuters or AFP photos, which also appear with watermarks on Facebook, can just be taken and re-published?

But don’t you ask yourself how they make money in that case? So are subsidies falling out of the air or does the AFP staff go to the park in the autumn to collect money?

Well, let’s put the world giants aside. Isn’t it a shame to take a picture of a photographer, photojournalist, without even writing a personal letter, when you might cross paths with him the next day on the street or at another event?

For the love of God, I mean don’t we live in the same reality. You understand right that you can just write a message through the very same Facebook? “Dear Gevorg, this or that photo of yours is good, we would like to use it, can you tell us if it is possible to buy or if we can come to an agreement as to how we can use it?”

I can assure you that I get a lot of emails from friends, colleagues, and supporters throughout the month asking to use them.

Do you know what the worst part is? Of course, they take the most meaningful photo, actually use it, directing their resources to thousands of users, and then when the individual photographer stumbles upon it and contacts the resources officer who took the photo, the latter often removes the photo in a wave of rudeness and aggression.

Some editors even claim, “We’re doing you a favor, we’re advertising you.”

Dear friends, I assure you that those who are established in this or that field do not need self-affirmation. Take this as an official statement that Gevorg Ghazaryan is the “worst” individual photographer, photojournalist.

I am a “not a clicker” I am one who respects myself, my work and my profession. Be kind enough to BUY that damn photo above, good services and products are worth the money, cooperation is worth money, too.

I’m not getting money from thin air, I’m not from the Rothschild family. I am a photojournalist who follows the logic of the orchestra, upgrades his equipment, pays office fees, money for the internet, electricity, gets accredited and wastes money on being at the hottest and most important places to take photos.

I don’t know if that sounds strange to you, but yes, I do it all alone, absolutely A-LONE.

This long, stretched out post and letter of complaint would not have been the case if a very resourceful journalist and resource that I read daily had not decided to take the path I described above.

Do you understand? If someone you are unfamiliar with is stealing your photos, you think, oh well, we’ll take it into consideration in the future.

And when the same is done by someone that you appreciate, that you know and you know that person is really knowledgeable and respectful of your work, do you think ‘hold up…’