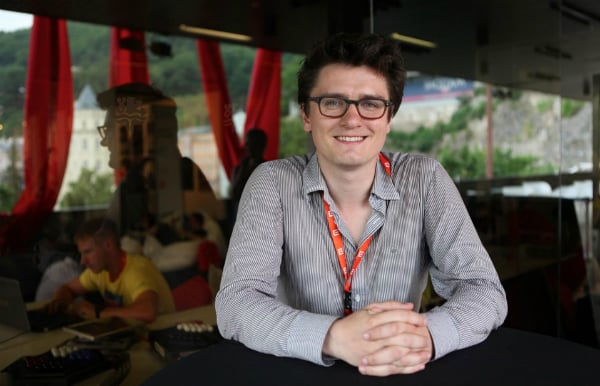 I have a feeling that we still live in a globalizing world, where local issues become more and more important.

You constantly have to localize yourself in this big world and often do it by social media: Facebook, Twitter and other such platforms.

I call this localization “bubble-ization”. Communicating with each other online, we at every moment create small bubbles where we feel safe and protected. And it seems to us that the bubble we created is the real image of the world. We constantly comment, write, and communicate online and think this is life.

I am afraid that this way, however, we narrow our perspective and lose more and more respect for other ways of living.

And this is scary because created is an illusion that you are surrounded only by supporters. You even acquire a habit that when you don’t agree with someone on Facebook, you can just unfriend him or her and leave only those who agree with you. This can be quite dangerous particularly in a long-term perspective in creating something.

Documentary film is a good source to think about very different perspectives and different parts of the world. It’s very hard to put documentary films in one bubble. Rather, they help you get out of the safe “bubble-illusion” and see real life.

Five to ten years ago, documentary films were relegated to the corner of film festivals and movie theaters and didn’t generate much interest, but now the situation has changed. Many filmmakers and producers see that documentary film has great power. Besides, now it’s easy to make documentary films because of digitalization.

All issues are related to politics. It doesn’t mean that every film must be revolutionary, but it always has to bear the impact of real, everyday life.

Even in Peleshyan’s poetic and complete films you can find some political messages. But, of course, this is done in a much more abstract and fragile way because when Peleshyan was making his films, it was impossible to talk about political issues openly and directly. So he had to create his own poetic language.

Each film language is correlated with the time when it’s created. I think now we’re living in a time when you shouldn’t be afraid to ask questions. And films should have the power to ask direct questions and use the language of film as a tool for raising questions.

Films that claim to offer answers, in my opinion, are dangerous.

I feel that somehow we live in time which has lost the passion for cinema. It’s hard to imagine today finding films and saying you are impatient (desperately hungry) to watch them.

And not only in the movie theaters — it’s like that everywhere. We try to postpone everything: I can watch, read, or do it tomorrow. Or later.

But this later sometimes never comes. And this is a paradox.

I think, also at fault are film producers, who pay much more attention to media coverage and advertising of feature films, thereby losing contact with reality.

Another difference and advantage of documentary films: they never lose this connection.

And documentary films screened in large cineplexes and movie theaters often can have a tremendous impact and touch audiences — especially for someone who watches documentary film on the big screen for the first time and sees how diverse reality is and how much it differs from his own small bubble.