“Raping Of The Mind Is Taking Place Through The News” 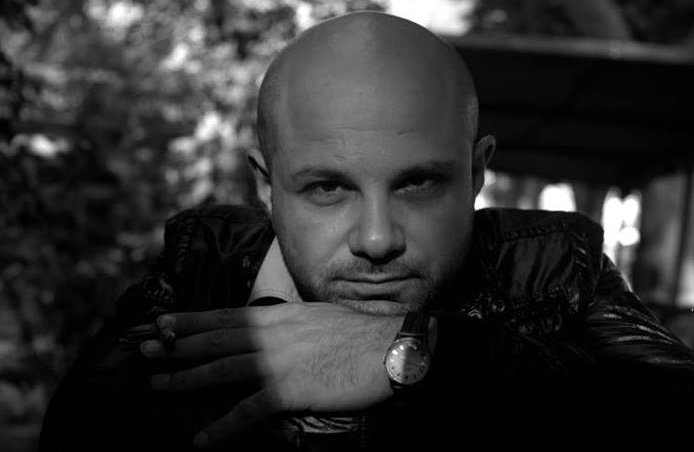 Lately, art historian and curator Vigen Galstyan has almost always been working with the idea of memory. He writes texts, builds exhibitions, teaches and coordinates the Heritage Department of the Cinema Center of Armenia. And in any case, he tries to make memories a starting point for something new.

After all, if we do not remember, we are doomed to start from scratch and even a rich heritage can not be useful (we simply do not place it in the field of memories).

The conversation with Vigen Galstyan is about online memory and the rules of being visible in the media, but first of all about information flows and our nanoparticles flowing through those flows.

Reading the news has become like breathing. Every day a huge amount of news appears around us, forcing us to read, react, and get inflamed. Are we addicted to the news?

The question for me is, do we really read the news?

At least briefly, to know what’s up?

The fundamental problem is that we do not really read the news. For example, after reading the text we do not manage to assimilate its content and form an idea about it. And the news does not work in the traditional formats with which journalism has worked in the past. There are no certain systematic formats: newspaper structure, headlines, news layout, etc.

This is a completely new format, and society still can not understand what it is. The person only reacts hyperactively to that news.

Consequently, the mind is being raped through the news.

Because today the formats with which we relate to the news from the outside world are not creating a real connection, but are raping the mind in the true sense of the word, we do not even manage to understand what is happening to us.

We just find ourselves in a stream and we can’t grab onto anything because the stream takes us with it.

In the past, people had their favorite media platforms or directories, which they followed and trusted. It does not work today because you cannot even choose.

There is no choice because you follow Facebook or Twitter, which brings you a large and solid amount of information, a flowing river, a stream. As a result, the only choice you can make is to step back from that current and look at it from the side.

It is like an incomprehensible circus ceremony. And the news itself becomes an event.

What we read is no longer news, because you cannot decide whether that news is provided to you correctly or not, whether it is reliable or not, what consequences it implies, what connections it outlines, and so on.

I also see a deep dullness of the audience’s senses and the formation of a very frightening atmosphere of indifference and apathy.

Even the perception of time is distorted. For example, in the news, we see that some old news starts circulating again, but since it just appears in your field of vision, you immediately perceive it as new and fresh information. That is, even the chronological process is violated.

This leads to a barrier between our senses and events in the outside world.

And the only natural reaction we have left is to close, isolate and stay away. And to protect the inner world as much as possible, so that you can just survive.

It is simply impossible to live in that amount of news. It is out of the norm when everything becomes news.

For example, you are informed about new products and services every day, you enter the transport and you hear something new, your phone is constantly on and you receive invitations and notifications.

That is, you are constantly connected to the flow of information and do not even have time to stand and think about where you are.

Think and digest the information you receive. In other words, to metabolize.

The algorithm of social networks works in a way that encourages fast and many reactions, polarization. Even if you have nothing to say, you have to respond. Create fluctuations.

Naturally. It seems to me that the desire to speak and express oneself is also instinctive. It is a defensive instinct.

Of course, social networks encourage you to have your relationship and interaction with the environment under their mechanism. Therefore, if you want to be visible, you must express yourself, otherwise, your visibility is sharply limited.

Simply put, if you are not in the media, you do not exist. That is the real situation today.

If we do not exist on media platforms, then the question is, where are we and who sees us or remembers us?

There is another serious problem. Today the memory of society is occupied by media networks. That is, we hand over the function of remembering (both in terms of knowledge and feelings) to social media. Facebook posts, Instagram posts, etc. remember instead of us.

It seems that we ourselves have no place to store our memories. And if we do not remember, we also can not respond to new phenomena in a proper way. After all, memory shapes our consciousness.

Recently I caught myself in the act of not remembering what I did a few days ago. I went online to retrace my steps with the posts I posted, pictures or footprints of movement. 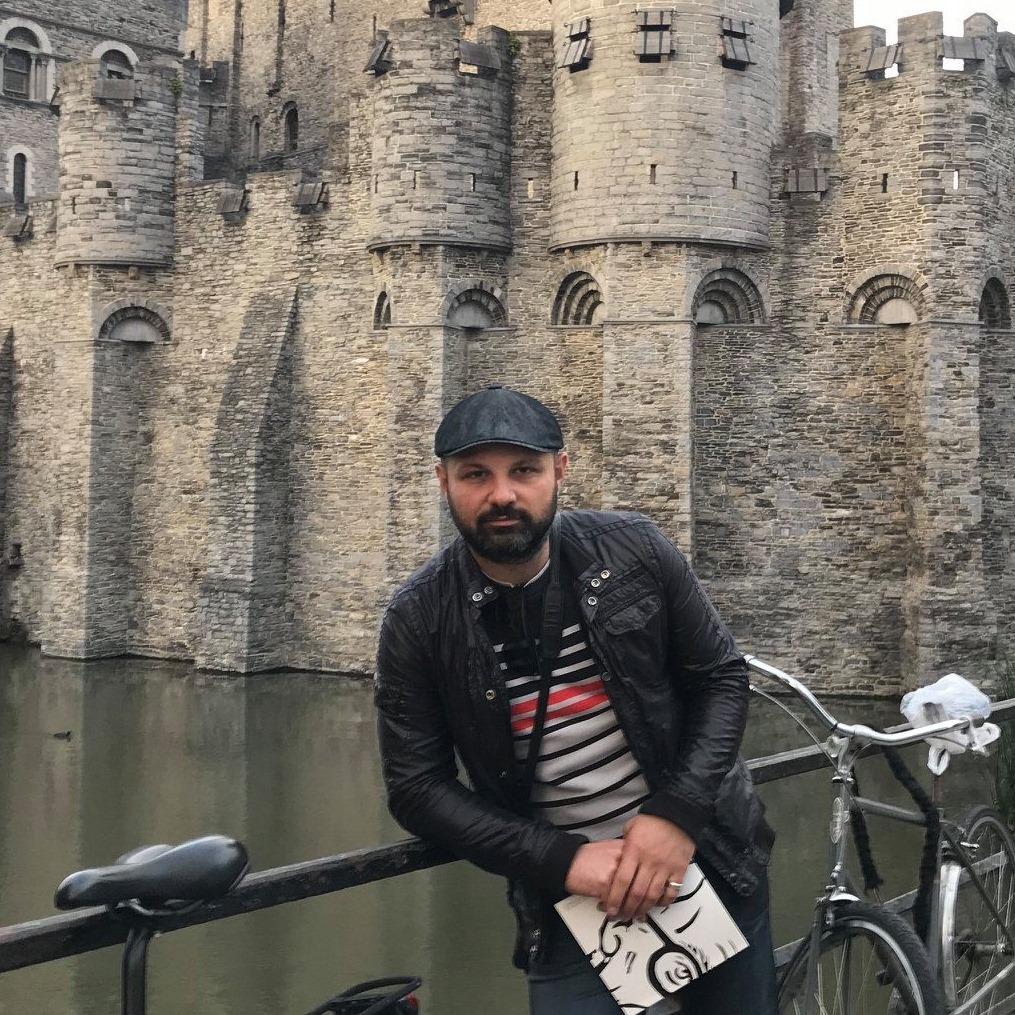 I was horrified by that thought.

If we are not able to keep the basics in our hands, how can we form a healthy relationship with the news at all or even with each other? And it seems that it is not possible today.

And when we talk about reading a text, we must take into account that text is a very broad concept. Reading, of course, implies interpretation.

Knowledge is like food in general. To put it bluntly, you read to eat. But today we often see that the media format works in such a way that the content support is summarized in one or two sentences or even a phrase, and only that is mastered without digesting the content.

That’s what’s being sold, and the media also build their materials so that they can be read and sold.

It is understandable that the concept of clickbait works. And if you do not have such a short circle or a title that attracts attention, that is, if you do not follow the rules of the game, you involuntarily fall into the field of invisibility, you do not have followers, readers, advertisers, etc. And you just can’t work in that system.

Of course, you can realize all that, but the question is, can you give it up and go to alternative media platforms, become a media yourself? After all, today’s technologies give you the opportunity to become a journalist and content creator yourself.

Just as Instagram made us all photographers or videographers, so did Twitter make us all journalists. And the profession of a journalist is itself in great question.

If I can testify to the reality around me, then I do not need that mediator. And in general, the function of mediators (journalists, art critics, historians, etc.), around which civilization has traditionally been built, is being pushed out of use.

And the huge and unbelievable capitalist algorithm and the consumer remain face to face. And there are no buffers between them to help create certain defense mechanisms (perhaps, barriers) between the two to be able to resist this huge system.

But on the other hand, I would not want to create the impression of horror and nightmare, because I am sure that a new person is being formed today.

This new person was born with the Internet in their hands, mind and pocket. Even as part of their body.

The human body is inextricably linked to technology. Like a network of nerves.

But if theories are now actively being developed in the West, for example, related to transhumanism and they are directly related to the field of journalism, then in Armenia, no idea is formed about it.

Therefore, the concept of this new human, which is born as a result of these technological transformations, reaches us in a natural and irregular way.

How to talk about the future, even if conspiracy theories revolve around vaccinations?

For example, at least by forming a conversation network around it. Which will start with academies and institutes and end with, say, the same Twitter.

I think our network logic does not work well. The conversation should start from one point, go to the other point and end at the third point. And not get lost or distorted on the way.

I agree, it always seems like we start the conversation from scratch, forgetting even that we have already spoken about it or had a precedent.

Lack of memory leads to the fact that tomorrow it may seem to someone that there was no conversation and therefore it is necessary to repeat the same thing over and over again. And so on in every field.

Is that the reason why you started to preserve the heritage and coordinate the film archive of Armenia?

It is a fact that we have a truly forgotten memory. I always tell young directors that if you have an aspiration to create a new glorious Armenian film, study the memories, the existing facts.

Culture, according to many, seems to exist in a purely symbolic realm, based not on material foundation and memory, but on several large virtual metaphors.

Meanwhile, what we have is so strangely diverse and terribly contradictory that it gives us a lot to think about.