“The Insult Is The Main Engine Of Russia’s Current Policy” 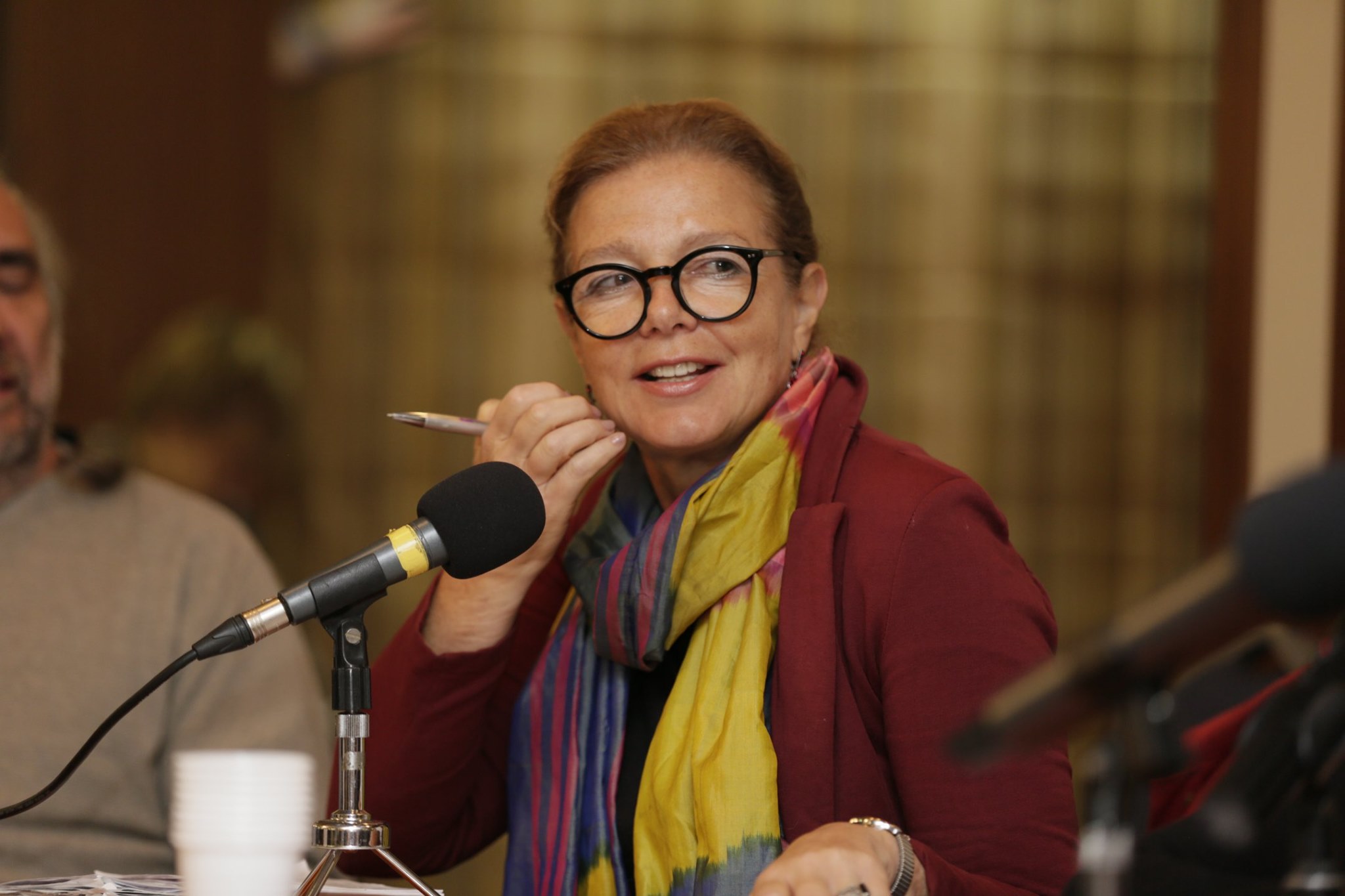 Larisa Malyukova, a cultural analyst and film critic for the Russian newspaper, Novaya Gazeta, was recently in Yerevan to select the best film in the international category as a member of the Golden Apricot Film Festival jury.

She considers what is happening now in the Russian media field to be very dangerous, as the authorities are expanding their influence, reducing and narrowing the field of valuable information.

As a result, a large number of journalists and film critics simply serve the authorities with admirable genre materials.

According to Larisa Malyukova, “Novaya Gazeta” is a unique free island (the head of which was awarded the 2021 Nobel Peace Prize).

Political news, especially in a scandalous tone, is in great demand. What is the reason?

In almost all countries, politics is actively introduced into people’s personal lives, cultural spheres and the entire media field. And it manipulates people. Probably it was always like that, but when you are a contemporary of certain events, you start to feel it affects you. Feel it physically.

It seems to me that the degree of degradation of society is directly proportional to the decline of the level of politicians. Politicians around the world are degrading, approaching a level of mediocrity, and we become their victims both intellectually and morally.

Now it seems that it is time for people who have ambitions not to do something for their country, but those who are “small people.”

And this is really terrible because we know very well what the ambitions of these little people end up being at different times (World War II, Stalin period, etc.).

The impression is that these little people have come to power all over the world. And it is dangerous.

The problem is that a democratic or liberal society has never been able to unite. It is like a chronic disease.

Even if we look at any social network, we can see that evil and darkness always unite more easily, and the democratic forces start to find out some secondary issues, blame each other and fight with each other. That is, abandoning sharp questions at vital moments, they start to dig into the depths of the inner world.

That is why the democratic community is almost always vulnerable and unable to unite.

In 2018, unification took place in Armenia, but it lasted a very short time and collapsed quickly.

It is very difficult to build long-term plans. In 2018, I was in Armenia and saw how excited the whole of society was. But perhaps the excitement was not enough, because the resistance is always very strong, which grows if you want to make changes.

I can see how it is happening with us. When a force based on corruption, military domination and negative energy (the power of the little man) comes to power, it begins to expand every day.

It simply cannot stand still, as if it were a cancerous tumor, which is growing every day.

Every day some institutions are being closed, the media and people being declared enemies or foreign agents, young people are being arrested etc. And it happens every day. They can come and knock on your door and you can do nothing.

Of course, in this situation, it is difficult to choose what to do.

What if you are a journalist?

Especially if you are a journalist. I was lucky because I work in the only surviving democratic periodical.

According to the law of biochemistry, both the whole body and all the molecules that are part of it have the same composition and are infected with the same disease. All the associations – political, cinema, journalism, medicine – have the same problems. In a large Russian medical clinic, for example, people who have no medical education at all become managers. A person who has nothing to do with culture becomes the Minister of Culture.

People become leaders depending on who they are associated with.

And each institution acquires its own copy.

For example, if there is an established film criticism community, a copy of it is created and its materials are thrown into the field (for example, the prize created with Mikhalkov’s money is given to Mikhalkov films and it is actively covered). And the state says, look, this is the opinion of the critics.

Authorities act like monkeys. They take good examples, pervert them and show them to everyone, saying that this is public opinion.

As a result, a large number of journalists and film critics simply serve the authorities with admirable genre materials. And it is presented as information.

I think in this situation it is very important for the journalist (and any creator) to try to protect themself. In other words, not to be tempted by the pies, money, opportunities promised by the authorities, etc., but will be able to act in their professional community. Of course, it is difficult.

Consistency is helpful, from text to text, from article to article. If you are a follower, people will start to respect you.

If only because you express your point of view without hysteria or in a glamorous style.

Doesn’t it feel like no one even needs the work that has been done for years (a column in the newspaper, for example)? They will still read the scandal of the day, not the analysis.

I agree. The media do not particularly need cultural content. Several journalistic genres are encouraged: the political feuilleton, which is always in demand, or the panegyric, the praise material.

My editor-in-chief often asks if this is rubbish or a masterpiece. That is, these two extremes are in demand. But since I do not deal with garbage and there are few masterpieces, I start analyzing an event or a movie, realizing that by and large no one needs it.

But you have to do it yourself in order to succeed. After all, what does it mean to be a critic? I think, seeing what others do not see. Also explaining some things. 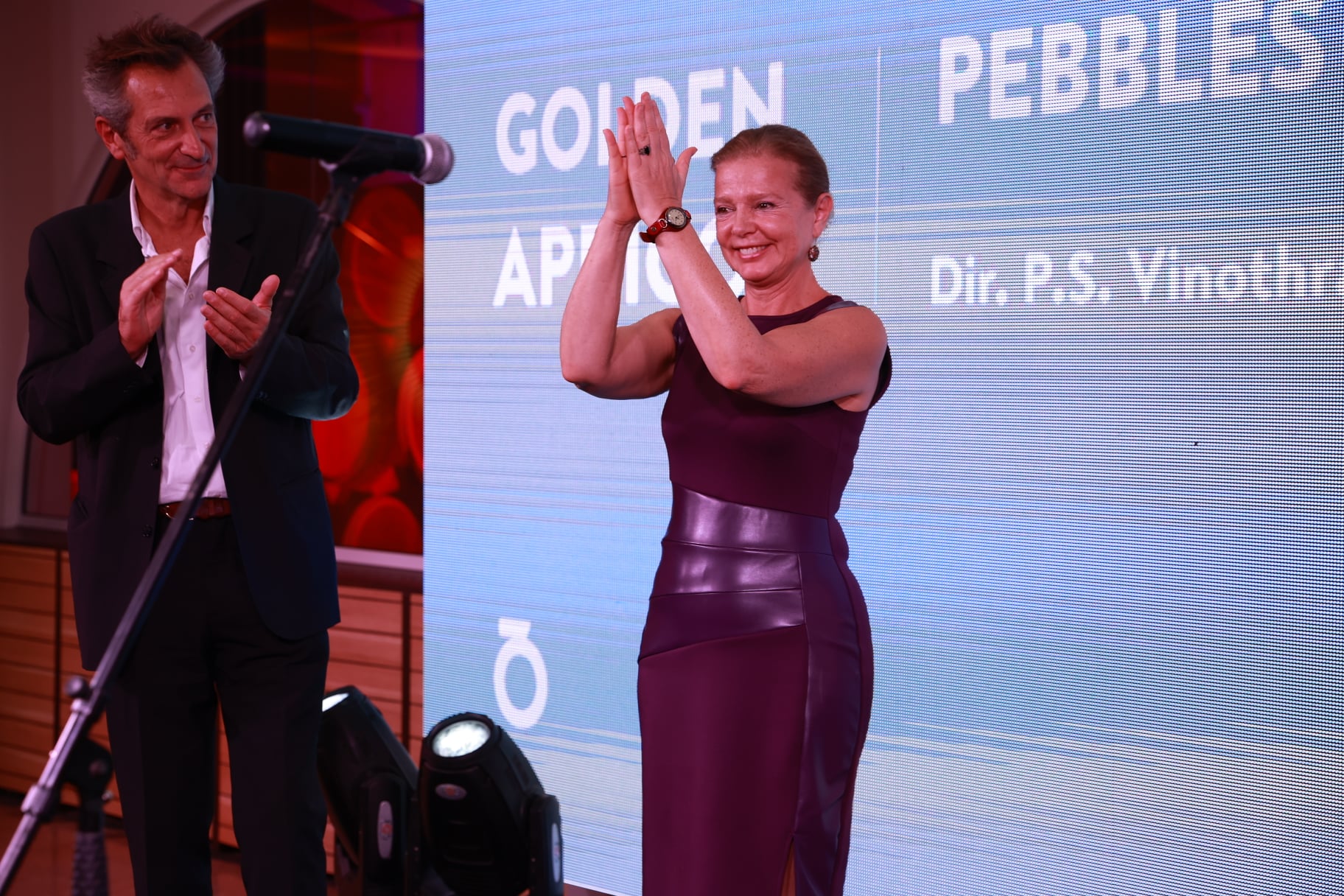 Larisa Malyukova with the jury of “Golden Apricot”

The impression is that the critical field in Russia has narrowed a lot. There are simply no platforms where you can read a good analysis.

Of course, that’s how it is. I do not even understand how we still survive. Many media outlets close the cultural sections one after another. And that is part of the modern media landscape.

But do we see how society is degrading, especially the part that is under the radiation of television? And the audience that received this dose of toxic radiation will always vote as it should, for the authorities, which educate the consumer full of malice and envy.

That consumer loves the authorities, that is why they are encouraged to develop.

So nobody needs good critics. Only themselves. After all, it is very difficult to live without respecting yourself.

Are you prepared for the fact that “Novaya Gazeta” may also be considered a foreign agent?

You have to be ready for everything. If we get that label, so what? We’ll have to work either way.

For example, we are constantly fined, or they find swear words, or some insulting content and they constantly demand money from us. We are always in a tense situation. After all, five reporters from our newspaper were killed.

The situation in Russia today is such that everyone should live in the conditions of these authorities and at least try to create feedback. On the one hand, there is politics, on the other hand, there is terrible hypocrisy.

Films that allegedly offend people’s emotions are banned. The insult is the main engine of today’s politics.

And many festivals are closed at the hands of those injured, Roskomnadzor or other black-clad organizations, referring to those injured, may come to the screening of films and disrupt the viewing with the threat of physical revenge.

“Golden Apricot,” for example, showed films that won international platforms, which are banned in Russia for absurd reasons. For example, under the pretext of offending the feelings of believers. The “Golden Apricot” actually does a great and brave job.

A law was also passed in Armenia that criminalized attempts to insult and swear at public figures.

They went further and passed a very dangerous law in our country, which forbids the media to write about any military movement, about the dislocation of the troops, the number, the financial expenses and, of course, the persons. That is, if the Russian army moves towards the border, we cannot write about it.

And that can have dire consequences.

Maybe a war will start and no one will know about it, because we will not be able to write about it.

Moreover, this law applies not only to regular troops but also to militarized organizations that are not state-owned.

I repeat, every day the authorities are expanding with laws, legislative acts, restrictions on free territories. In addition, a well-trained army also operates on social networks, which digs into network chats, always ready to open criminal cases for every careless word. And 18-year-old girls and boys end up in prisons for five years, six years.

The authorities use every means to clear the field and protect their own power.

And as it comes to pass, the masses are convinced that now such an authoritarian force is in demand and believe that only a strong leader can keep the country from disaster, war, crisis, and collapse.