“We Weren’t Able To Be Really Independent” 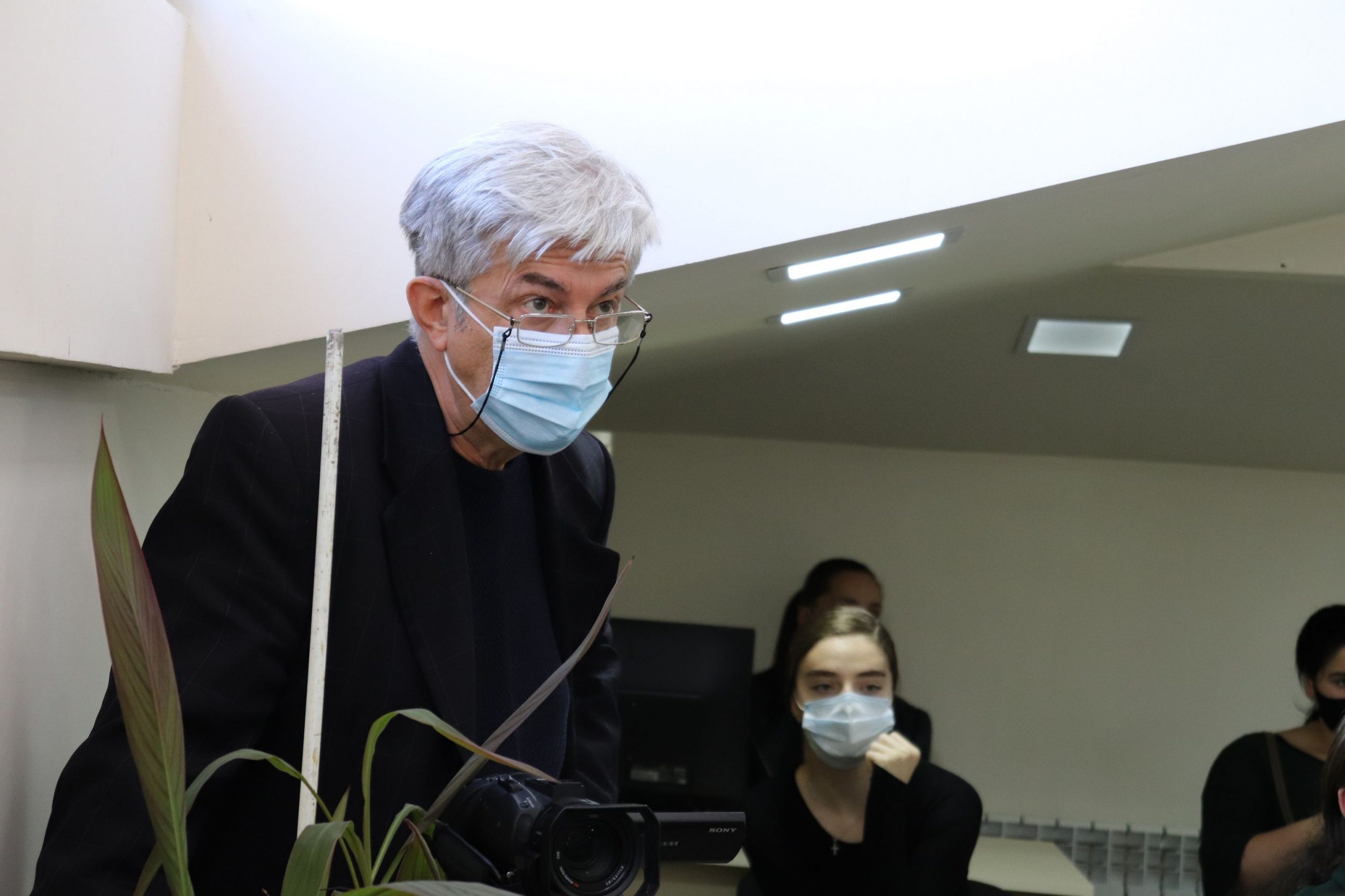 Art and politics are a comparison-clash that is always interesting.

Laboratory of Contemporary Art and Art Activism – ArtLab Yerevan creative group co-founder, artist Hovhannes Margaryan considers it important to create open platforms in different cities of Armenia. To have a place, then an environment, then a desire to create.

Political art is always a piece outside political institutions (if it is inside, it involuntarily becomes part of the propaganda). Hovhannes Margaryan offers to look at the media field in the same way.

Now we are in a difficult situation, there is political tension, the media field is boiling. What does modern art offer in the great noise of information?

In general, modern art provides an opportunity to reconsider old ideas, connections and stereotypes that hinder the development of society.

It does not create a new reality, but shows new opportunities, sets new guidelines for the cultural revolution.

From the social activity that has become commonplace, modern artists try to make a transition to its conscious transformation and solidarity.

The problem is that many people think of modern art as something that is difficult to understand. While modern art is a very simple phenomenon, it only mentions its time, events and so on.

We are currently implementing a program about art activism and contemporary art. We try to create open platforms in several cities, Yerevan, Kapan, Gyumri, etc., where people can gather, talk, create, discuss, and come up with new bold proposals.

We try to promote independent and free thinking, to focus the public attention on pluralism and the formation of new agendas.

After all, contemporary art projects are not just about art.

The clash between freedom and security after the war is obvious. And now, on the eve of the extraordinary elections, can we expect art to respond?

It is desirable that art not only respond but also come up with proposals, expressing the progressive, current thought of its time.

No matter what we go through, society will sooner or later arrive at peace, change and more conceptual ideas.

Respect for the law, non-acceptance of bribes, tolerance, peace, not paying tribute to illusions seem to be the most common, often said, beaten, tortured ideas, but it took us many years and irreversible sacrifices for our collective mind to change. Of course, if you aren’t afraid of carrying it.

I think this is the place of activity of our contemporary artists.

For example, we will finish our project in Kapan “Scenarios of the Future: Forget what you know, start dreaming” with the final exhibition, with the hope that we will see and feel the wave of those revolutionary cultural changes.

The media field is too politicized. And as far as we can see, the main field that spreads stereotypes is the media field.

Unfortunately, yes, the media field is not independent either, it mainly fulfills the orders of wealthy parties and oligarchs.

And if the media is not really independent, it does everything except the news.

Political art rebels against party truths and tries to deal more with reality and participate in events.

Unfortunately, today, parties do not come up with new ideas but with antiquated, outdated and swear-filled ideas.

Unions of some parties, or “saviors of the homeland,” in addition to zero trust and taking advantage of the weakness of the state, use the misfortune of the people and the apathy of society as a short-sighted way to seize power.

I remember, during the first Karabakh war, an Azerbaijani artist living in the United States said that they lost to Armenia in terms of culture.

Unfortunately, now we can say that in the second Karabakh war we lost in terms of culture.

It was not only a defeat of arms but also a defeat of culture. We replaced Aram Khachaturian or Artavazd Peleshyan with restaurant singers, we replaced science and knowledge with religion classes at school, our state’s “number one son-in-law” built castles, bought art museums and the media, and Turkey created Bayraktar.

Not to mention the castles of our rich generals.

This was the cultural basis on which our defeat was later built.

Wars show the truth: perceptions, intellect, culture. You can’t win by eating and drinking in restaurants, dancing and drinking to the prosperity of the homeland, or by the Armenian gene nonsense.

In reality, maybe we weren’t able to be independent.

Now, many people in Kapan say that they experience psychological and even physical pain when they see the Azerbaijani flags. Is the symbol terrifying?

One of the main postulates of postmodernism, which later became key, was the search for identity.

The standard of identity was destroyed on September 11, 2001, when terrorist-hijacked planes hit two New York skyscrapers. At that time, as the Prime Minister of the United Kingdom Tony Blair announced, postmodernism was over.

That is, the standards and ideas changed. Identity was replaced by tolerance.

Armenians and Azerbaijanis are not the same, they are very different, but we must try to tolerate each other. Much depends on the younger generation.

But in any situation, the problem or symbol is overcome with knowledge.