Manipulations Are Beneficial To All Political Poles 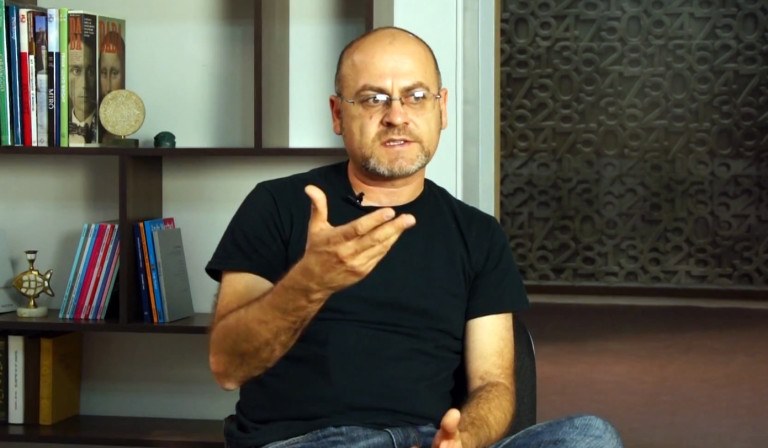 According to cultural anthropologist Aghasi Tadevosyan, a lot depends on the nature of capital in Armenia. That is why the manipulative media attacks in which we live are not much different from the business model we have.

He reminds us that most large capitals in Armenia are mainly of illegal origin and have criminal roots. It secures its super-profits by falsifying reality (hiding the number of employees, or the true means and volumes of income, taxes and so on).

Such capital is interested in the existence of a political elite that falsifies reality through a system of government. For example, with false statistics, presenting corrupt institutions as pro-state, serving public positions as personal interests, etc.

Aghasi Tadevosyan says that for years the political and economic reality of Armenia and its descriptions have been radically different.

And the main players in the construction and publicity of that false reality are the Armenian media and other media outlets, which are fed and managed by the criminal oligarchic system.

The media influences public consciousness. We literally live in the news. What is the media field like today? And what are we like?

The media in Armenia is not one-sided and reflects different interests, at least, of course, the interests of the general public, although it often acts in the name of those interests. But I would like to talk about the most difficult and negative function of the media, especially in the period after the Velvet Revolution.

That it is the leading role of manipulative terrorism against society.

The media in Armenia has always been a tool for building a false reality and manipulating society by the closed political elites of a clan nature. But after the Velvet Revolution, these elites subjected the society to intense and severe attacks with the media tools they controlled.

The purpose of the manipulation is to form inadequate perceptions and reactions to reality in the wider society.

Another problem is to silence the sound of healthy and valuable speech amidst the media noise.

As a result, it is not possible to form discourses and truths on socially significant issues that will counterbalance the truths of the elites who depend on society.

It is worth noting that the management of that media field, which is a part of that fraud, is also in the shadows. Actual and shadow directors do not match.

They are worried that society may leave their realm of control and they will lose their power. The problem is that their power has power only in the conditions of preserving a false reality.

The equation of reality will lead to the final loss of their power. And in general, liberation from a reality of falsification.

Due to the circumstances, many media outlets are oppositional and play on the emotional strings of the audience. But it is interesting that the same style was also chosen by the ruling power and it responds with the same abstract-national vocabulary. As a result, it does not differ in any way from its predecessors.

I agree that the political force that is in power at the moment, immediately after the revolution, began to pay tribute to populism and populist manipulations.

It turned out that Pashinyan’s government, his parliamentary team and the media outlets controlled by them were also tempted by irrational and false patriotic propaganda.

In fact, they did not want to cooperate with the forces in the position of new values or new ideas. On the other hand, they pretended to be the bearers of it all.

This caused great confusion among many, including their supporters, who gradually distanced themselves from the “My Steppers.”

It’s worth noting that from 2018 the civic life kind of faded. Artistic actions, literary discussions, and intellectual discourses, which were more active before the revolution, also decreased.

Perhaps we relaxed and delegated the new force the task of speaking on our behalf in all spheres.

The revolutionary team had something manipulative in it.

It seemed that they would raise and solve all the issues that had been raised and highlighted by the intellectual circles up till 2018.

The “revolutionary” team said that you have nothing to do anymore, I have started and I will continue. And do not push yourself. You should not criticize or argue with me either. All you have to do is trust us.

At first, many of us really thought that everything was already being taken care of. But at the same time, we saw that not much was being done as it should have been.

And when the first criticisms were voiced, they were accepted as a conspiracy of the enemy army and a counter-revolution.

Critics were often targeted by the fake mass of social media created by the revolutionary team.

I think the reason for such intolerance towards criticism was that under the new rulers, there was nothing but populism.

The previous authorities, being authoritarian, populist and having false agendas, also had a true brute force and a huge capital. And the new ruling power seemed to be in the air because it did not understand that its power is to form the equation of reality and to rely on it.

Avoiding it, it really appeared in the air and had to hold on to power mainly through the use of administrative levers.

There are now quite a few bills on the media (ban on anonymous citations, increased penalties for defamation, etc.). Everyone seems to be protected from the media. Do they want insurance from criticism?

The thing is, independent media in Armenia has minimal weight. Independent media should be interested in forming a true picture of reality. But it is mainly engaged in distorting reality.

The current government is trying to take the right to manipulate reality from the opposing group.

It is not concerned with forming a true picture of reality.

That is why such initiatives do not find society’s support. But at the same time, society does not want to get rid of the manipulative media-terror of the former.

In my opinion, that is why the current authorities manage to play with the weak points of society and pass a law favorable to them.

There are stages in history when society is much more developed and broad-minded than the authorities. That was the case in 2018 when the revolution became possible. Can it be said that it is the same now?

Now, in fact, a situation has been created wherein the loyal supporters of the ruling power continue to defend it, despite the blunders that have led to serious consequences. There are also those who defend the former.

And there is a significant part of society that evaluates reality quite rationally and adequately, does nothing and waits. And with that position, created a buffer zone to restrain internal political shocks.

I would not say that that part of society is more or less developed.

It has simply stopped being manipulated and is waiting for the force that will stop taking it for a fool.

Whoever correctly assesses this situation in society, will start behaving adequately, he will also receive the support of the majority.

Now one of the most serious problems is that if a new leading political force does not appear, we will, unfortunately, have a political struggle where the current populist and former authoritarian political forces will compete with each other. It will be the most undesirable situation for us.

Doesn’t the media have a demand to reach out to that part?

In a broad sense, we do not have an independent press. That is the problem. Most of the media are the manipulative tools of the political poles I mentioned. They are not independent.

Therefore, like their owners, they are not yet interested in adequately perceiving and describing the situation, the demands and the role of that part of society.

In turn, this part of society does not have such a level of organization that it can create and finance media that meets its needs. A lot depends on funding.

In Armenia, in general, the nature of large capital plays a very big role.

We have a large capital, which also needs falsification of reality for the growth and activity of its super-profits.

The representative of that capital or its henchmen in the National Assembly can speak about the rule of law, but in reality act in other, shadowy dimensions.

The impression is that this new government is also in some deals with a part of that capital. So, the political forces serving the dominance of this nature of capital are hardly interested in forming an independent media. We need new quality capital formation operating in the legal field.

And for now, we are dealing with fraud everywhere in business, politics and media.