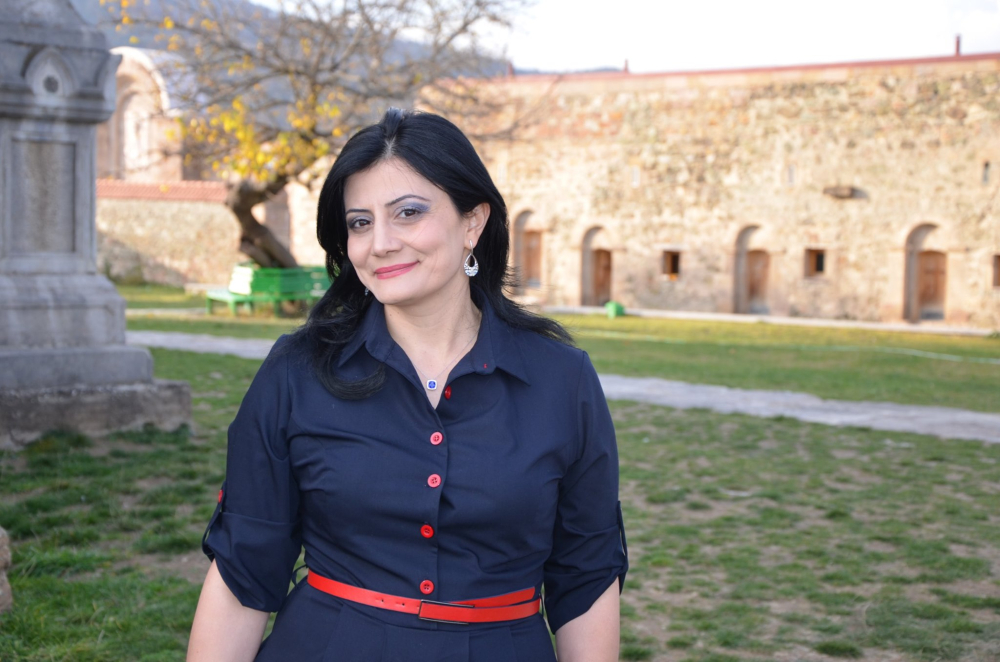 The aggressive and hateful speech spread on social media is smoothly appearing on the pages of professional media and on the TV screen, condensing the social polarization.

Literary critic, founder of “Granish” magazine Hasmik Hakobyan considers that polarized environment dangerous, as the quality speech that creates a new idea is lost in swearing and insults.

She says that often we do not discuss different thoughts or ideas, but take revenge on each other, turning words into weapons to solve personal problems. And it is also a sign of defeat.

Hate speech has reached an unbearable volume on Armenian social media. Is it because of the uncertainty that arose after the war?

Aggressive words have always been present on social networks in recent years, but what is happening now has reached unprecedented levels, exceeding all permissible limits that violate the human self and identity. No mechanisms of self-restraint work anymore.

During times of direct communication, we usually choose the words more restrainedly, we are more caring towards each other. The person is standing right in front of you, and the probability of getting punched is more realistic.

Whereas the social network reality ensures you with spatial space, and speech becomes more unrestrained and rash.

Now speech is very polarized. Even to the extent that people with two different ideological discourses can no longer talk to each other!

For example, during and after the war, many people removed me from their Facebook friends list, although I did not have direct dialogue or confrontation with many of them. They probably simply didn’t share my opinions and thoughts.

And if journalists are in such a state, what about ordinary users?

This absolutely uncontrollable speech abounded, especially after the war. The anger and polarization after the war led to such an extreme situation.

In the past, if any thought or opinion caused outrage, it did go through some restraint filters before it was uttered in public.

The war has brought out the anger that has accumulated inside us.

Now our internal filtering system seems to have crashed, all subconscious “shadow” motives appear in the outside world in the form of unrestricted negative speech and receive the status of “true” speech under the guise of war.

Defeat is a heavy burden.

Of course, the pain of war and defeat is unprecedented, it can oppress, hurt a person for a while, force him to speak with aggressive vocabulary in a moment, sublimating the pain of loss, but in the long run, it has a devastating effect.

The constant continuation of swearing and aggressive speech pursues the tendency to create an atmosphere of chaos and permissiveness.

It is even worse if swearing becomes a norm, and is considered a regular occurrence.

In the case of a permanent presence, such a word ceases to bother, loses its influence. The impression is that you hear that series of words in a package and by putting them aside, you continue your daily life.

Perhaps it is worth taking a break, keeping silent for a while, or changing the quality of speech with a professional, scientific word.

For example, now I prefer to write more about literature on social media, to organize book discussions. People may find it premature, but I do it to add variety to public speech as well.

I think now the hunger to read words of a different quality is noticeable.

In any case, the media followed the rules of the game, now not only on the networks, but aggressive and insulting words are also heard on the air, without any editing. What has changed?

Guided speech is not new, the only difference is that before the war there was also the speech of another quality and on other topics. And now, in percentage terms, hate speech prevails.

Such targeted media campaigns were also made during the epidemic, directed at Arsen Torosyan, then during the discussion of education standards, against the Minister of Education and Science, during the war, against the government, and so on.

Of course, it is very difficult to orient oneself in today’s media field.

In other words, journalists who present reality in a multifaceted way, criticize certain cases and phenomena and unintentionally incessantly drone on.

What is the point of following this or that media outlet when in the background you can see half of a face of an interested person clearly winking? And you understand that if the given journalist worked in another news agency, their materials would have been adapted to the opposite political demand with the same success.

Of course, the media can not be completely independent, but journalistic ethics exist, the observance of the minimum rules of journalism, the lack of which is significant.

Have you noticed how artificial media channels are spreading?

They are a chain: At first, specific people write status-opinions on Facebook, then those statuses find their place on various mushroom websites, then they are reprinted in bigger media, and, for example, “ArmNews” reads them on its air.

And so the opinions of a certain party are always spread, and a discussion already goes on around them.

Moreover, these opinions can be very competently constructed and based on facts. But the problem is the choice of facts, they take only the facts that can be manipulated and affect the audience’s emotions. The rest of the facts are bypassed.

Sometimes this policy of our media goes beyond common sense and even becomes ridiculous: when, for example, on ArmNews they read a meaningless in a pathetic and emotional tone post of some fake profile, creating the impression that this is how people think today.

The most dangerous thing is that this speech is broadcast on TV and becomes available to a large number of people.

And those who do not have the experience to analyze the media field often tend to believe the information they have seen and heard.

It is enough to write something angry and insulting on social networks for “168 Hours” or several similar media to post your words on their websites.

Maybe in order for such a thing not to happen, many people are remaining silent?

After the war, we all found ourselves in a vacuum where no one talks about anything else. And a part of the speaking intellectual segment does not write anything at all.

It is natural that the media does not manage to write about, say, science, new films or exhibitions. It is difficult to write even a normal analytical opinion. Those who talk about literature, music, art are silent.

And on the other hand, there is a group of protesting and aggressive people, that is actually filling the gap of those silent intellectuals. And now only they can be seen on social media.

If you want to be accepted in the Armenian section of social networks now, your word must have very certain criteria, it must be protesting and demanding, present only the difficult sides of reality and without exception emphasizing that we are in a desperate situation.

And in every two statuses, you have to mention in one or at least in the comments how difficult all this is for you personally, how desperate you are, etc.

And if you restrain yourself from not overloading the news with another desperate post and not aggravating the psychological state of people, it is considered a weakness. They may accuse you of not caring, not taking the war and defeat seriously.

When “Granish” summed up its annual literary year at the end of the year, there were comments: is it time for that? The nation is collapsing, people are losing houses, and you are discussing books.

The war should have made us more compassionate and caring, but the opposite happened.

As far as we can see, aggressive words have a market price as well.

Speaking like everyone else, being mainstream in the flow of public speech is welcome. For example, everyone attacks someone, cursing and tearing them apart to the end. Then comes the stream of those who defend that person, then those who mock them, and so on, until the wave subsides.

Social network attacks are also targeted. Especially in recent years, it has become visible that public speech is very quickly directed against one person, one event.

Humor is also used as a tool of devaluation. Both the authorities and the opposition cover the acute and problematic issues with humor.

They choose a piece and spread it with ironic notes and memes so much that the main problem just disappears from view, only the irony remains.

What has “Granish” been doing in recent months?

We tried to collect the texts created during the war: poems of soldiers, letters from the front line, thoughts. Some of these texts may not have high aesthetic value, but they have the quality of a documentary. In the future, it will help researchers to find out what was said during those days, to read people’s concerns.

At first I avoided publishing such emotional texts, as I was in a very emotional state and could lose the ability of a literary critic, but I thought that in those days it was important that those texts also had the right to live.

And how can we talk about the future?

That is the most difficult thing. Public opinion is so oppressive that one can now speak of the future either with a triumphant expectation (we must go, liberate, return) or with the idea of a dialogue with our neighbors.

Any other intermediate statement is not acceptable.

Both sides, in order to justify their choice, absolutize their position, leaving no other option.

In other words, it is enough to talk about any cooperation and dialogue, you will be labeled a Turk lover and a traitor. And vice versa.

We need to work so that we do not give up and we do not carry a loss in our spheres.

Defeat deprives us of the extravagance of weak, emotional feelings.