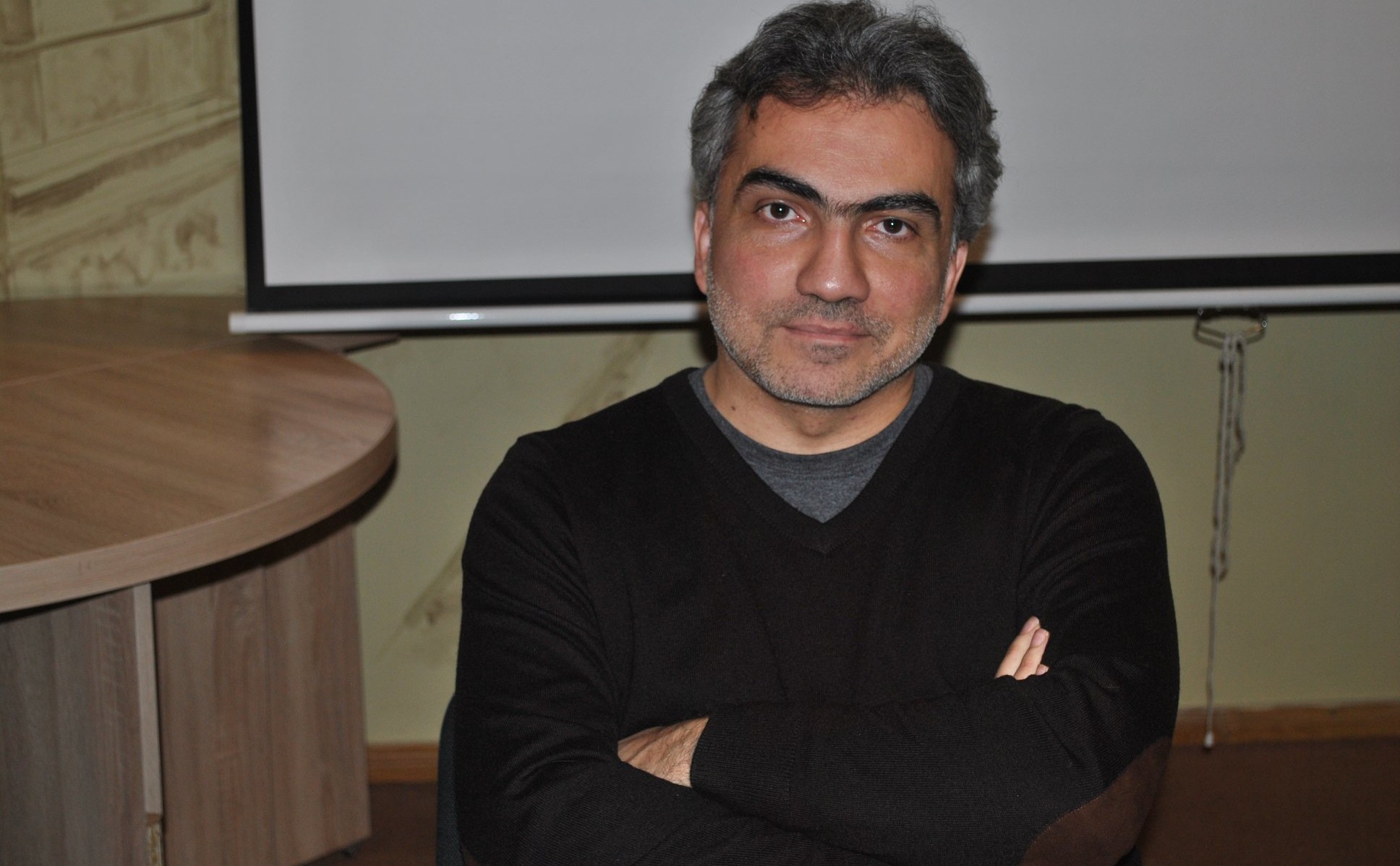 Political scientist Edgar Vardanyan explains very clearly the torrent of hatred and swears that flow through the media field today: in the rules of the political game, there are no more borders.

An atmosphere is created that, on the one hand, makes it uncomfortable not to criticize, and, on the other hand, pushes you to step aside and avoid any words for fear of a disproportionate response.

Edgar Vardanyan explains this by the active application of the rules of the semi-criminal subculture.

The imbalance of the media field is felt more, in this difficult post-war situation. What problem is the media field solving now, many members of whom involuntarily or unwillingly became oppositionists in 2018?

A huge part of the media is just a tool in the hands of specific political circles. A tool used to wage an information war.

In fact, now the situation in Armenia is unprecedented, when, by contrast, the status quo before 2018 was maintained in the media field (with some exceptions).

I mean the affiliation of the media. For example, TV companies not only did not lose their role and owners but also did not change their share in the entire media field. As there were propaganda tools in the past, so they are now. As they served and promoted the line of the former government, so they do now.

Let us state that if the media field had changed as a result of the Velvet Revolution, we would have had a completely different picture.

Now it turns out that the previous government, which was the majority in the political field, in the parliament, etc., became an absolute minority (the ruling party did not even enter the parliament).

Nevertheless, the media owned or supported by them remain the vast majority in the media.

This is the current paradoxical situation.

Just then there was an order to say that everything is good, stable and manageable, but now the order is the opposite: life is chaos, panic and instability. The logic of the order changed.

And although the media outlets have in the past imitated their de facto owners, the current authorities, they have at least to some extent tried to abide by the rules of the game, at least in terms of outward behavior. And now those barriers have been removed.

For example, the word full of obvious distortions, aggression and hatred, which two years ago could have been afforded by some website or fake blog, has now flooded even television, not to mention online media and social networks.

Most of the media today is not only a tool for promoting information warfare, but also for promoting anti-democratic discourse. It clearly spreads and creates hate speech.

In many cases, on the one hand, the editorial policy is aimed at generating hate speech, on the other hand, the media becomes a platform that invites and encourages people and groups who spread hate speech.

In addition to hatred, these media platforms try to create and spread an atmosphere of fear. Even the owners of the mainstream media are a minority in terms of political weight and representation, but they are able to instill fear in people to some extent with all their tools.

Often, by spreading false (sometimes even true) information, they want to persuade that the ruling power is no longer in control of the situation and that they will soon come to power.

The implication is that when we come to power, we will definitely punish all those who at least to some extent support the current government or dare to criticize us. And it does not matter, in the past or today.

At the same time, open or covert threats are made against those who promote the liberal-democratic discourse.

Is intimidation a goal?

Although I have not done any scientific research (maybe I will in the near future), I have noticed that most of the media do their best to make sure that all those who do not even support the government but soberly analyze the situation, attempt to restrain themselves, not express their opinions, not show activity. Not to mention the supporters of the ruling power.

A criminal or semi-criminal subculture dating back to the Soviet era has also been used in our society for a long time.

It is used as a tool to pressure people to feel uncomfortable everywhere. As well as on social networks.

At the same time, those who create media content know very well that even educated, democratic and thought-provoking people are not completely free from this semi-criminal subculture, they use “semi-criminal” style provocations.

They force their critics to retaliate with similarly aggressive words (and then accuse them of not responding properly) or push them to remain silent and suppress the desire to respond (so that many people think it is better not to talk too much and not to stand out so as not to be “sworn at”).

The political minority with all its media resources wants to create the impression that their word is heard in the whole media field and that it is the word of the majority.

By the way, when there is a fair criticism of the ruling power, these media tools immediately use it for their own interests, mainly to weaken the legitimacy of the Velvet Revolution.

Critics are encouraged to say yes, you are right to criticize the government, so you are smart, dignified and fair.

And some of the critics find themselves in a comfort zone because it is more convenient to be a critic today.

Perhaps people want to be needed, even with criticism, but the opposition needs it more than those to whom it is addressed.

Criticism often turns against the critics themselves. Roughly like this, see what you did with your own hands by taking part in the revolution, didn’t we say that all this was created by the West (Soros), and you didn’t believe us? And now look at how they used you.

This manipulation is done to convince us that democracy and liberalism are false and empty ideas, as a result of which we lost Artsakh.

This is a very serious manipulation, which aims to sow doubt in a person filled with emotions that it is not worth talking too much about democracy, that what we need now are national consent and a strong hand.

Through such propaganda, they try to legitimize anti-democratic, anti-liberal sentiments.

The 17 format tries to convince that all the critics of the government are in the same field today (if you criticize the government today, then you are with us; if you do not take to the streets, at least you should have a dialogue with us).

Until recently, one could not even imagine that a person who had nothing to do with his predecessors would even think that he could go to, say, sit at a table and have a dialogue with the representatives of the Republican Party.

It was even the opposite. The vast majority of civil society criticized the ruling party for not making a harsh legal and political assessment of the previous regime and slowing down.

And now, in fact, we manage to partially dispel the idea that the former are legitimate players, we must take them into account. Even cooperate.

But will it really last long? It is hard to imagine that opposition of this quality can have serious expectations, even if it controls 90% of the media.

It can be said that in this emotional, tense atmosphere they temporarily became players.

But we also see that they have huge financial and information resources, but in fact, they are not able to get serious public support, in the long run, to become a political factor, a serious force, a legitimate entity.

The voice of the dissatisfied former is heard in the media, as if the ruling power itself is no longer a factor, at least in the media. Even if they try to explain or counteract the noise, they do so with old-fashioned propaganda.

I would say that the voice of the ruling power is often not even heard. In other words, not only does he not propagate effectively, but he often fails to build trustworthy and understandable relationships with different segments of society.

On many issues, a significant part of the public does not even know what the government’s point of view is on this or that issue but knows the format position of the 17.

In fact, the approaches of the ruling power to a wide audience are presented by Public, but mainly by official statements and soft propaganda. There are very few quality analyses that explain the problems in detail.

I have been expecting Public Broadcasting to expand its reach over the last two years, producing in-depth, accessible and engaging coverage of the benefits of democracy, other international experience in solving this or that problem, and the achievements of the social sciences. That there would be discussions, quality debates with certain educational elements.

But as far as we saw, very little was done, and the debates again remained within the framework of narrow political issues.