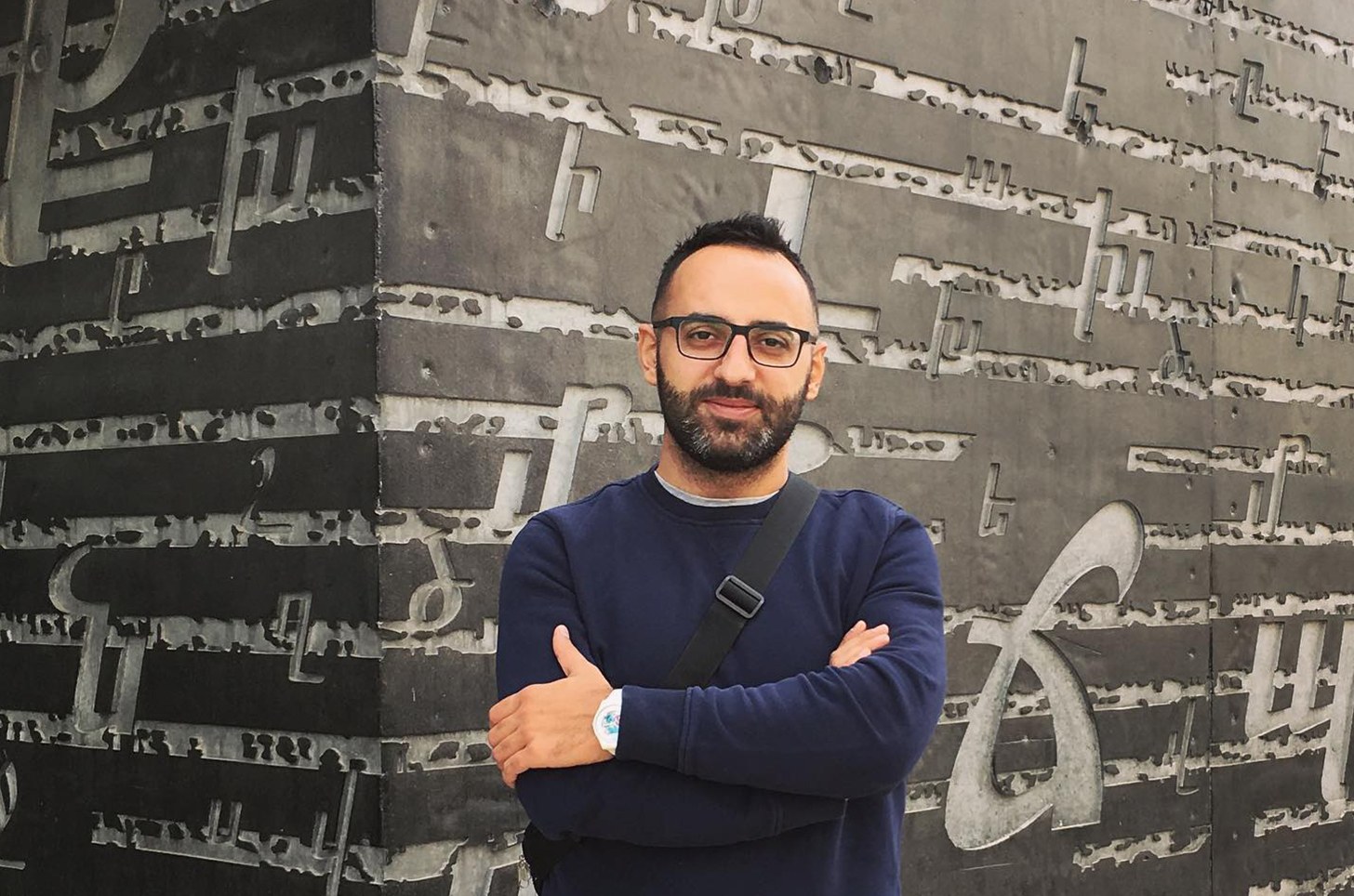 Literary critic, researcher Tigran Amiryan thinks that conspiracy theories weaken society and slow down the process of democratization in Armenia.

Tigran Amiryan is the founder of the  Culture and Social Narratives Laboratory (CSN Lab). He studies conspiracy theories in literature and public life.

In a conversation with Media.am, Amiryan talked about the conspiracy theories spread during the Second Artsakh War and their impact on society and the media field.

Conspiracy theories seem to have become an integral part of the political struggle in Armenia. Why are they so persistent?

Conspiracy theories always put forward the idea of a dual society. This is always a discourse of division of society, there is a wide society, and there is a secret small society that rules the general society.

Since the 2018 revolution, new conspiracy ideas have been put forward in the media field almost every hour, depending on where Nikol Pashinyan is and what he is talking about. If we remember, even during the revolution itself, when Pashinyan was arrested, a great stream of conspiracy theories began: Where did they take him, who did he meet, who is his boss? The same logic was maintained after the signing of the November 9, 2020 declaration: Whose interests does Pashinyan serve; the Kremlin, the State Department, the European Union or Baku?

Each political force put forward its version with the help of the media friendly that is to it.

Even if the information is denied, regardless, at the point when the conspiracy theory is spread in the media, it already causes panic among the people.

It seems to me that our right-wing political forces have always realized very well that the goal is not to convince people that Pashinyan is funded by the Open Society Fund, the State Department or the Kremlin, but to spread panic.

A panic-stricken society loses its cues, loses its faith in certain unchanging realities. It is much easier to “use” such a society.

Were there many conspiracy theories during the war?

We saw exactly the same style during the second Karabakh war.

Our current authorities are elected authorities, they seem to be more liberal, but the style of state propaganda has hardly changed.

It seems to me that one of the key moments was when we were told not to call Karabakh. The connection was interrupted for us: nobody knew what was happening in Nagorno Karabakh. This condition of not being able to make calls contributed to widespread ignorance and conspiracy the most.

We have an idea about what conspiracy theories the opposition forces are spreading. Vazgen Manukyan recently repeated a theory about George Soros. And what were the conspiratorial narratives spread by the government during the war?

Conspiracy theories are always also a struggle for knowledge.

The state propaganda manipulated what it knew about reality. All this, of course, was crushed on November 9, but before that, we all believed that there were both defeats and victories, that some complicated process was taking place, while there was only a negative process.

At some point the maps became key: Everyone was waiting for a new map, the numbers of victims were no longer perceived. The situation in the media field was also described by Baudrillard in his book “The Gulf War Did Not Take Place.”* Even a small number of neutral media resources in our country simply started repeating commenting on the state propaganda, because there was simply no other information.

Then all the journalists were simply physically expelled from Karabakh, and it was during this time that the most active period of spreading conspiracy theories began. There were both global and very local theories.

For example, after the ceasefire on November 9, rumors about traitors started. They said that some forces were forcing us to retreat. They started looking for who is behind all this, Robert Kocharyan and the former authorities, Nikol Pashinyan, individual generals.

Armenian propaganda worked for the internal audience, the Azerbaijani propaganda for the external one. Azerbaijan denied war crimes, Armenia denied reality as such.

The Azerbaijani authorities had a very good feeling for what was happening in the region and realized that by voicing this vague idea, the legitimate Armenian authorities could be weakened.

As soon as Aliyev said that Pashinyan was “Soros’s puppet,” the Russian press immediately started repeating it. This statement fit into the Russian state media discourse very well.

Aliyev’s words were repeated by the Armenian media belonging to the right-wing political forces. But why Pashinyan is “Soros’s puppet” still needs to be explained. They cannot present direct evidence, so they use a very paranoid effect, which is based on the idea that everything is interconnected.

To a person suffering from paranoia, it seems that the whole planet, everything that exists, is interconnected because everything revolves around their torturous way of thinking. This is the mechanism used in conspiracy theories. They show us the connection of Pashinyan’s close friends, members of his party (real or fictional) with the Open Societies Foundation, one of them studied with a scholarship, the other received a research grant, and so on.

They quickly shifted from the image of an external enemy to the search for internal enemies.

They began to target researchers, activists and artists who were involved in the process of the normalization of relations between the two countries.

The right and far-right media claimed that everyone was connected and involved in the conspiracy, and the ultimate goal was betrayal and the surrender of Karabakh.

Armenia has been living in an endless media scandal for a long time, where conspiracy theories play a key role. How does it affect the Armenian society?

Conspiracy theories from the 18th century are based on the search for culprits. All theories come to one conclusion: who is to blame, the Jews, the Masons, etc.?

When we are convinced that someone else is to blame for everything, then we are not guilty of anything. The responsibility falls on the shoulders of others.

Losing a war is a great shortcoming that should be borne on one’s shoulders. The current legitimate authorities did exactly what the former autocrats did, trying to find other culprits. And since Armenia is a young democratic state, the blame for the military-diplomatic defeat was placed on all of us, on the whole nation.

I think that conspiracy theories degrade society, throw it into instability and crisis, creating a society of irresponsible people.

The same can be seen, for example, in Russia, where conspiracy theories are everywhere: only the United States is guilty, only the State Department, and there are no culprits within the ranks of the authorities.

People have stopped feeling their personal responsibility, they think that they can not influence the political processes. And that is why I consider conspiracies to be anti-democratic, they always slow down democratic development.

Conspiracy theories reduce the significance of the citizen’s will and delegitimize the subject.

Will the situation change if the Armenian media field is more independent from political actors?

For the last two years, the process of democratization has been taking place in the press. But the Karabakh war showed the weakness of our media field.

Of course, it was difficult to check information during the war, but our press just started repeating the state propaganda.

We expelled the journalist of the Russian “Novaya Gazeta” Ilya Azar. Azar used to say, “Well, if they want propagandist Pegov, let them have Pegov.” And the Armenian press actually criticized Azar, because the press had accepted the position of state propaganda. However, in the end, it became clear that Azar’s material was accurate, much more balanced than the whole fake TV series that Pegov was running.

The second Karabakh war put us in a very strange situation. We stopped trusting not only the authorities but also the press.

For 44 days, the Armenian society was convinced that the official news coming from the battlefield corresponded to the reality that the Azerbaijanis in the information blockade were forced to know the reality from our press.

Immediately after the end of the war, the situation changed dramatically: everyone stopped believing in the Armenian media, started looking for information about the surrender of territories, prisoners of war, and other steps on Azerbaijani social networks.

At the same time, video messages from the military from Karabakh were widely circulated and video blogs of individual experts, which replaced official information.

The endless conspiratorial discourse seeking invisible enemies led to the fact that the media, like the authorities, will have to restore public confidence.

* In the book “The Gulf War Did Not Take Place,” French sociologist Jean Baudrillard compared what actually happened in Iraq in 1991 to what was shown to be a reality.