“They Simplify The Conflict So That They Can Understand It” 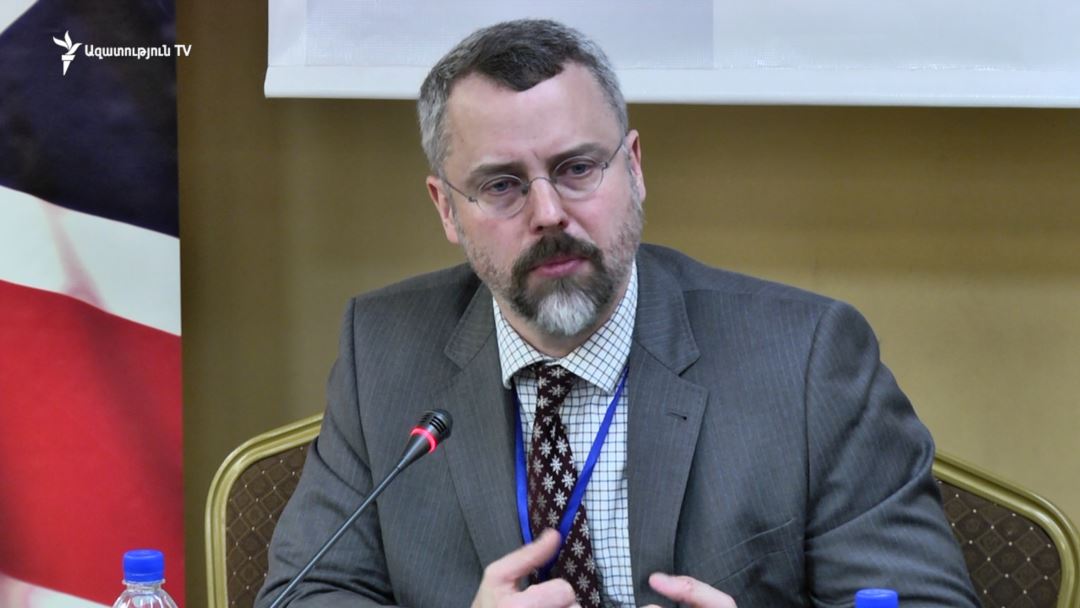 Reading what the international media writes about the Armenian-Azerbaijani war, one often gets the impression that an effort has been made to be balanced and true, but this complex conflict is not being revealed.

Perhaps the context is very capacious and many things are intertwined: political interests, the issue of territory, human relations, history, mentality.

Laurence Broers, a British political scientist and analyst and director of Caucasus programs at Conciliation Resources in London, knows a lot about the Karabakh conflict. He is the author of several books on the Karabakh conflict (Armenia and Azerbaijan: Anatomy of a Rivalry), and on the Velvet Revolution (Armenia’s Velvet Revolution: Authoritarian Decline and Civil Resistance in a Multipolar World).

In this conversation, Laurence Broers talks about the reactions to the ongoing Armenian-Azerbaijani war. Reminding that war is dehumanizing, and those signs of dehumanization are difficult to overcome in the future.

There is little news in the international media about the Armenian-Azerbaijani war that started on September 27 and has been going on for six days.

On the first day, news reached about what was happening on the battlefield. But after the declaration of martial law, yes, the news diminished.

We now know almost nothing about what is happening on the battlefield. I remember that in April 2016, there was a lot more information than now.

So I can say that reliable, complete news about the war is less, a lot seems to be focused on the disputing statements of both sides, and those are becoming more and more sensational.

There are not many international media outlets working at the scene in Karabakh now. What do you think the reason is?

I can’t say: As far as I know, journalists have the opportunity to enter the conflict zone from the Armenian side. It is more difficult to do that from the Azerbaijan side.

That is, information carriers, interlocutors, interview characters, etc. are available.

In 2016, there was a lot more information from Armenian journalists who covered the frontline.

And now, to be honest, I do not know the details of how to cover the events during the curfew and martial law.

But there is also a tradition that in Azerbaijan (even when there are no hostilities), journalists have difficulty accessing information. It rarely happens. You have to fight for a long time to be able to reach the line of contact and work.

As a rule, the media present the statements of both sides, the numbers, the data on the victims, and the destruction with mirror coverage. As a result, a person unfamiliar with the conflict receives conflicting news.

I can say that there is a striving for a certain kind of symmetry in the information. This was also so in 2016 and in earlier materials.

But now, due to political circumstances, the information has decreased. And there have been more sensational cases, announcements, misinformation, etc.

And all this is starting to dominate on social media as well.

For example, Armenia says it shot down a Turkish plane, Turkey says there is no such thing. The participation of mercenaries is confirmed, they say you have mercenaries, not us. Is reality elusive?

In fact, that’s how it is, the truth is not known. It is very difficult to say for sure whether what was reported actually happened or not.

That is why when doing research or analysis, we usually say that we are referring to unconfirmed reports that need to be proven.

But this is certainly not a new phenomenon. We saw the same thing in July.

What dangers do you see in the information war on social networks?

There are many dangers here. Both sides, for example, can publish videos taken from drones, showing how targets are destroyed – people, buildings, etc.

It is clear that this is a form of military propaganda and propaganda in general. But this is how the process of dehumanization begins.

Social networks do not build the background that would help to achieve de-escalation, to look for ways to compromise. That is, if you read that you have already reached the brink of great victory, you have no desire to stop firing.

I consider it very dangerous because the public mood is being manipulated.

But you also understand that now there is nothing left but to fight with weapons because war is being forced on you.

Of course, I understand, but let’s remember that the maximum expectation from hostilities is a short-term plan.

Now both sides are inclined to expect a great victory, thinking that it is impossible not to achieve what they want. And that, of course, will create a dangerous backdrop for governments, as it will be difficult for them to announce in the future that they agree to a ceasefire and advocate de-escalation and a ceasefire.

The maximum expectation works in the short run, and in the long run, of course, these moods dehumanize societies.

We forget that there are real people who are under fire. In general, social media itself, and not only in the context of war, contributes to the process of dehumanization of both people and human relations.

I say this now not as an expert, but simply as a person who sees these dangerous signals.

Do we agree that the issue of Armenia’s independence is being resolved now, in a broad sense, not only figuratively, but also real? Nikol Pashinyan, for example, said that this is an “existential” struggle, a matter of survival.

Of course, I heard Pashinyan announce that this is not only the struggle of Armenian-Azerbaijani, but of the whole civilization for the sake of European values.

Of course, such statements are typical of small states that are in a constant struggle with their neighbors. I remember Mikheil Saakashvili saying the same thing in August 2008 during the Russian-Georgian war. He also said that this is not only the struggle of Georgia but the struggle of Europe and European values against Russia.

So, there is always an attempt to put the local agenda in a bigger circle and get a response from an international audience.

But at the same time, of course, there is a certain element of sensation in all such statements. For example, a sensation is expected when it is said that jihadists are in Azerbaijan to fight against Christians.

In general, emphasizing religious conflicts is never a good thing.

And if you ask about the dangers, I would like to emphasize the danger of the religious theme.

The outbreak of violence between Armenians and Azeris always raises the question of whether this is a religious conflict, what is the role of religion in war.

And since people do not know much about Armenia and Azerbaijan, they do not even know where those countries are on the map, they often use religious identities to simply get an idea of those countries and peoples.

Religion easily explains reality, but it is not reality. Religion gives the Armenian-Azerbaijani conflict a nuance that does not really exist.

So there will always be attempts to simplify the conflict.

You simplify to understand. And that is also dangerous.