“The First Thing That Responds To Hope Is Advertisement” 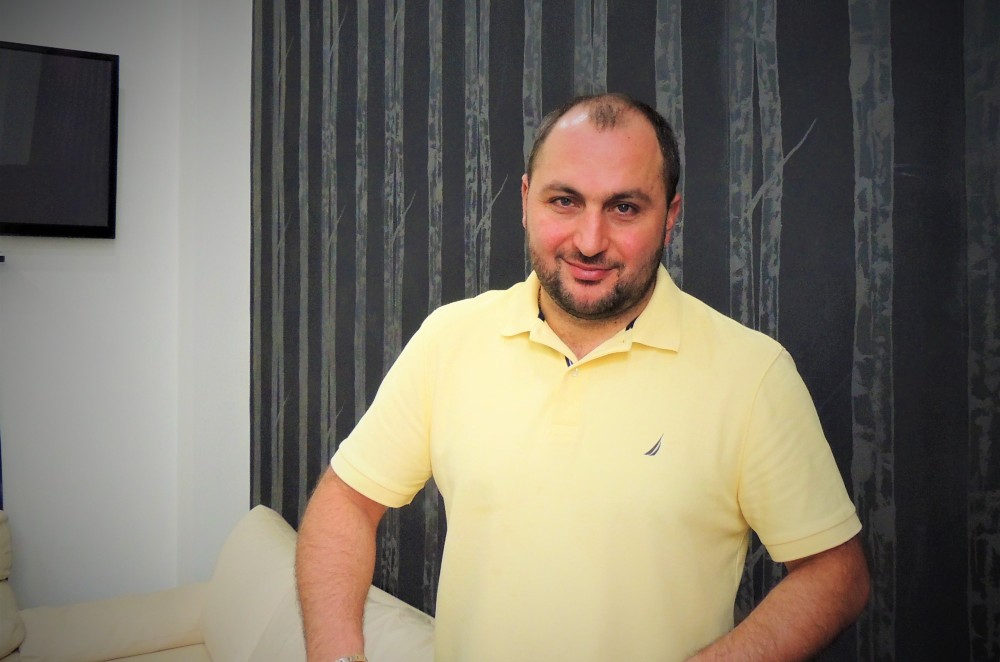 Samvel Sahakyan, head of the Prime Advertising Network, says that in the near future, shifts in the Internet and TV advertising markets are to be expected, as new TV channels are created, websites are opened and closed and the advertising field changes.

And the social networking migration in 2018, from Odnoklassniki to Facebook and Instagram, has created new advertising opportunities.

How did the political events of last year affect social networking and the advertisements posted there?

During the revolution, the social network Odnoklassniki was finally defeated in Armenia. Users of the social network moved to Facebook to follow the live videos. In order to avoid falling behind on political events, people valued Facebook, therefore increasing the visibility and activeness of advertisements on the social network.

The second factor was that non-literate users began to follow several marginal pages on Facebook, consume their unilateral information and technically did not understand that they could stop following these pages and disconnect from them.

At the same time, old Facebook users who did not participate in the political discussions were tired of the aggravating information, were unable to stand the virtual battles, froze their accounts and moved to Instagram or other social networks to talk about their lives in a non-politicized environment.

All this has been reflected in the advertising field, developed blogging. The celebrities on Instagram and bloggers carried out successful advertising campaigns on their videos.

How did television respond to that situation?

In the whole world and in Armenia, the television audience is stable with viewers generally being insolvent people.

Advertisement companies are not targeting TV channels if they want to sell a 35-year-old mother sanitary pads, they think that they will find her as she is watching TV, whereas finding her online is much easier, on children’s websites, watching videos on YouTube and more.

The purpose of an advertising campaign is to sell ads to solvent people.

And solvent people cannot consume content on television, if, of course, this is not a promoted football or boxing match or a news program.

Nowadays, 59% of advertising is on television, 17% is on the Internet and another 17% is outdoor advertising, while 2% is on the radio. The highest growth rate of 19% was that of Internet advertising.

So the future of advertising is on the Internet?

There is no doubt that you can sell ads to more people through Internet platforms.

The Internet is quite different from an advertising perspective. Television is stable, especially among people over the age of 58 and especially for housewives.

I think now it’s time to study whether the age of TV viewers are getting younger or not. That is interesting in terms of advertising.

The ad will succeed if the sales price covers the advertising costs.

For example, according to an analysis made in Russia, a competent advertisement on television can justify its expenses in just three months. It’s twice as fast on the Internet, as it covers the cost more quickly than traditional media.

Today, new technologies have been used in Armenia, which has further narrowed and targeted the audience. For example, when paying for gas at a gas station, any bank cardholder can advertise by advertising a 10% cashback offer.

Nowadays there are technologies in our market, analyzing the behavior of users, able to personalize 1 million 300 thousand people on the internet.

Are companies redistributing their advertising budget?

Large companies stream some of their annual revenue into television. One reason is that the Internet cannot buy large sums of advertising in Armenia.

In recent years, Internet advertising in Armenia has become extreme and the field has been taken over by gambling game advertisements.

Because gambling games could not access television, they went to the Internet, spending most of their income there. Money that comes easily is easier to spend on advertising.

Organizations were created which begin to place ads on the Internet without narrowing targeting advertisements, which were not effective because they did not push people into action.

In such a great noise of advertisement, serious players were left behind, because they simply were not able to exist. They began to order more targeted ads.

Now, when the “Law on Advertising” limited gambling advertisements (they will not be allowed to take up more than 20% of the total advertisements of the site), will open up space for other companies. As a result, the prices will fall.

Now, all the advertising banners on the websites are taken and the prices are high.

Advertisement is on the foreground, there is no content.

Online news media have become content replaying aggregator sites which are very large and are able to attract a lot of money.

As a result of restrictions, many of these sites will not be available because they survive largely at the expense of gaming advertisements. It is up to the media to create news content.

While the changes are expected on television and political money is actively circulated, the Internet will remain dominant.

There is a trend hinting to the possibility that the local advertising budget will grow, as the business has positive expectations and hopes. And the first thing to rely on is an advertisement.