“I Felt That If People Were Reading Me, I Have To Do Fact Checking” 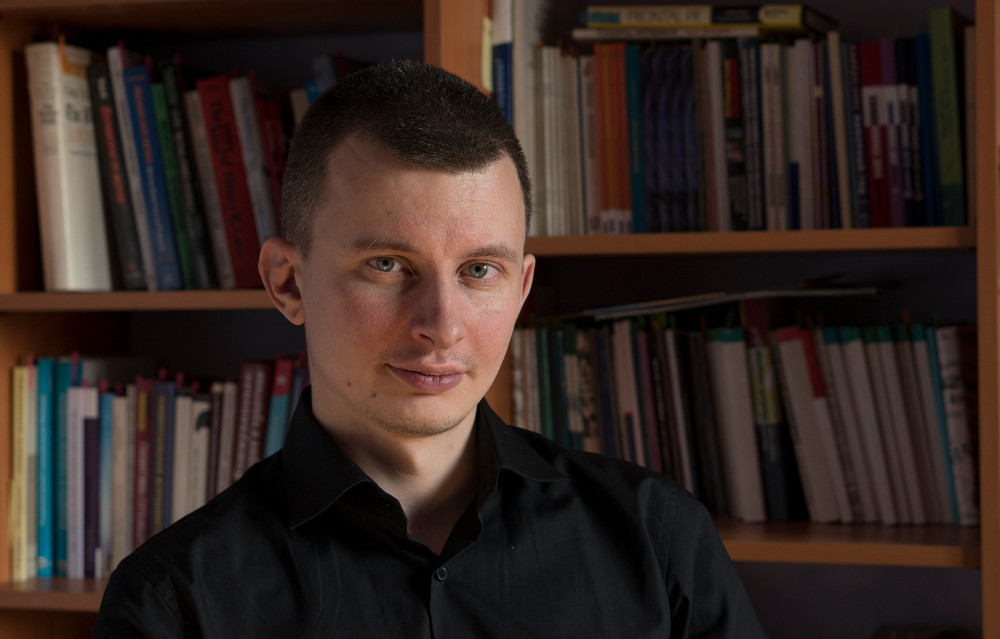 The verification of information as become one of the most important things in our life, and it can even be said that it is a sacred duty, as it is everyone’s job to do.

And this is a separate profession from journalism, almost a science. As well as political activism.

At least, this is how the founder of the  Conflict Intelligence Team-ի (CIT) investigative group, Ruslan Leviev, describes it. He thoroughly investigates facts with a separate information unit using his methods and tools.

Ruslan Leviev is a lawyer, but in the last year of study at university he decided not to continue his studies. “Law in Russia is nothing, because even if you are a good expert and know the laws well, you cannot be sure that you will win a case in court. The one who has the most connections or money is the one who wins, not the one who knows the laws well.”

And he invests his connections, resources and knowledge into a legitimate legislative platform in parallel to verifying facts. It’s impossible to hide anything, if you’re ready to search in all the hiding places.

Journalism is losing its monopoly on the news. The journalist is not the authority that explains fats with his material. Other rings appear. For example, you, the fact checkers.

Journalism is more likely to be transformed. Yes, there was a time when the journalist and the news outlets were the main sources of information. Previously, the audience was searching for information and watching the news, and now the media is competing for the audience’s attention.

They compete not with other media, but with social networks.

The priorities of journalists’ work have changed, but their profession does not yield to their positions and is not ready to falter. Of course, if we do not have Russia in mind, where journalism is losing its weight.

But there are media outlets in the word that have evolved to an incredible level.

Fact checking is now very much needed. It is separated from journalism and becoming a separate profession.

We separate our work from journalism because journalists have professional restrictions in any case, and we are more like political activists who are more free.

For example, we can present ourselves under different names and find different parts of the information puzzle.

Also, we do not want our activities to jeopardize the journalists. They do their job, and we do ours.

The natural development of technology and the formation of an information society changed the situation. Internet and social networks are out of news outlets’ reach.

Social networks compete with the media to become a primary source of information for people.

But unlike the media, people are not concerned about  fact checking on the internet as a rule. They didn’t learn to do  this and they do not need it.

That is the reason that either on purpose or accidentally fake news and misinformation appear. One might just make a mistake by publishing false information, and the other is doing something specifically to deceive.

And, as we are convinced by the example of Russia, misinformation has become a powerful weapon.

We literally see how the Russian authorities use this or narratives in order to advance their own interests. Moreover, not only in the international arena, but also in Russian society.

Narratives that we are fighting for the sake of Russians in Ukraine, fighting against fascists in Donbass, and that the West is trying to intimidate us, are put to use.

Of course, the image of the enemy is one of the bases of propaganda. But does the audience not change, living in a more open and information environment with a faster rhythm of communication?

Because of the fact that for years Russian media did not have the demand for fact checking (the key information was simply transmitted from above), journalists have lost their fundamental skills first of all.

Any news should be questioned, thoroughly checked and published only when you are 100% sure.

The rule is very simple. Are you not sure? Don’t publish it. And if you have made a mistake, publish a denial and apologize.

Meanwhile, we see that inaccurate information, especially in the Russian media, is never corrected and denied, even when misinformation is proven and the lie is uncovered. They are even proud of it.

How was your group created? And do you only investigate Russian tracks?

Since our group is mainly citizens of Russia, our interests are also linked to Russia, mostly involving military conflicts in the Ukraine, Syria and Africa.

In other words, we investigate the cases when we are in war or have a military impact.

Russia is our focus, because it is our homeland and its future is precious to us. We want people to see what kind of price we pay, conducting military operations in the international arena.

After all, you can’t bring an army to another country, win, and have the economy in your country develop at once, and people become rich, and happy and kind. Russia likes to say that the country will rise from its knees just like that.

Using our material, we try to show that any action leaves serious consequences on the whole society.

Moreover, not only the authorities (for example, in the form of sanctions), but everyone individually.

It’s interesting, how are political activists created? Perhaps you should feel the injustice on your own skin.

That’s exactly what happened to me. For a log time, I have been an ordinary, peaceful and calm citizen, not participating in any assemblies, and I did not want to get involved. I just read blogs and studied social networks.

But in 2011, when we had mass riots in Armenia, I went out to the street for the first time to participate in the opposition rally. And they immediately arrested me.

The police brutally pulled me out of the ranks of people (by the way, the rally was over and I was going home), and they took me to prison, claiming that I was calling out to burn everyone and everything. Later, the court decided that there was no reason not to believe the police.

This level of baseness and complete disregard woke up an unspeakable evil in me, and when I was in prison, I saw how complete strangers were trying to help the prisoners, and how they were trying to support us.

Combining these thoughts, I realized that you don’t necessarily need to be marginalized to become a fighter, that political activism has serious public support.

Then I got acquainted with Alexei Navalny. For some time, I worked with him, making discoveries about corruption and preparing analyses for his election headquarters.

During that time, my audience on social networks grew. That is, people began to read me. And when the Crimean occupation and the first military operations in Donbass began, I felt that in some sense I was responsible for the events that people are reading, so I must deal with military analysis and facts.

The verification of facts was good for me, just as the programmer’s profession helps him to collect, compare, check and complete facts from the internet.

At first he did it alone, but the job was collecting so fast that I understood that it was necessary to unite.

I suggested several people who did the same thing to work together, distributing action, because the benefit was so great and the results were quick.

And so, our team was formed, which in the beginning was called “The War In The Ukraine” (because we thought everything would be limited to that war), and in 2014,, when we saw that Putin would still have power for some time to come, we were renamed to the Conflict Intelligence Team.

At the same time we got acquainted with the Bellingcat team, and began to closely collaborate. For four years, I worked as a trainer for the Bellingcat staff, members of our team have helped them, and they us.

You also participated in the disclosure of the Skripal poison scandal case, which was investigated by the British police. It was your initiative to find out the identity of the individuals accused of poisoning.

When we come across news that is related to the Russian military departments (according to the British police statement, the alleged poisoners were Bashirov and Petrov, who were employees of the Russian Defense Ministry), we immediately went into action and began to look for the real names of these people.

Interestingly, the investigation was done in parallel with Bellincant, but with independent investigative groups.

And in order to make the results more convincing for the audience, we decided that the two teams should not share any information, that they would not tell us the real names of Petrov and Bashirov and we would do the same.

We simply agreed that our investigations would be published on the same day and at the same time. And only after the publication we found out that though our research approaches were very different, the result was the same, the real names coincided.

We identified the names of Chepiga nd Mishkin with a vehicle registration database and they used the military alumni data.

And now it seems that the investigation of this case has stopped.

No, Bellingcat will reveal the name of a third suspect in a new investigation.