Public Media Is Doing What The Market Is Not 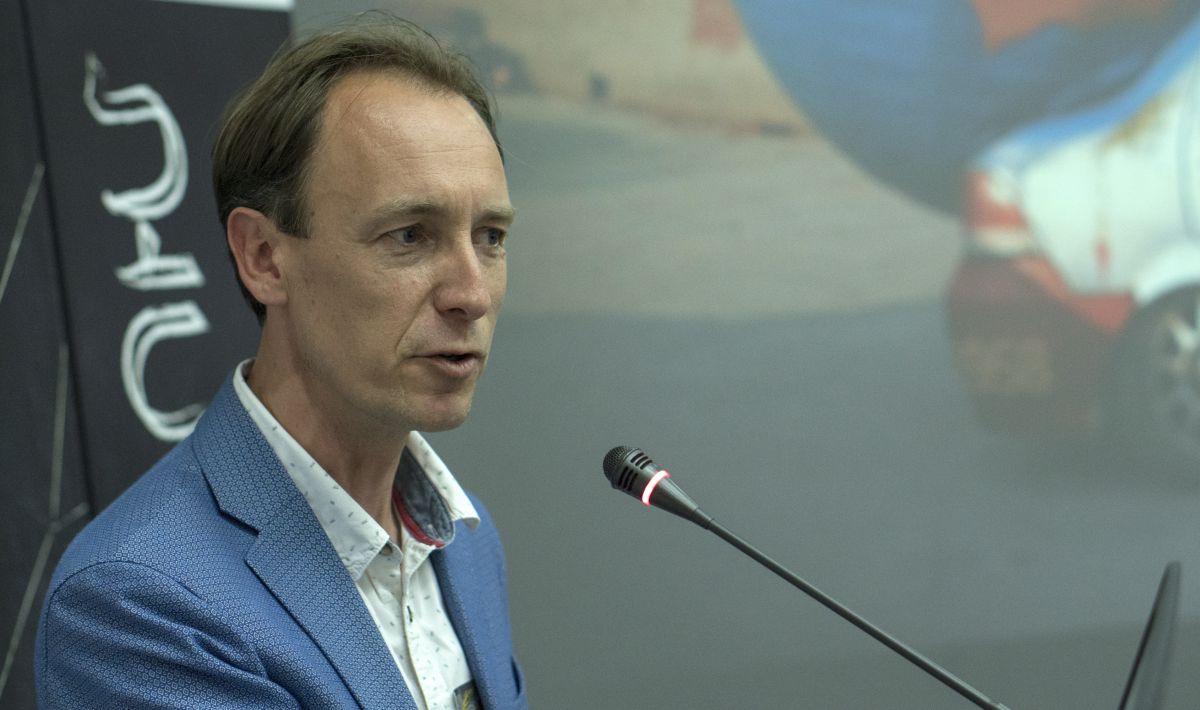 At the Tvapatum-18 Media Conference, the role of public television and radio in the era of cross-border digital platforms was a subject of separate discussion. Throughout the world, public media is trying to transform, to become attractive to a younger audience and to use social media as a means for spreading content and creating content.

Chief Public Officer of the Dutch Public Broadcasting Corporation (VPRO), Stan Van Engelen spoke about what kind of marketing steps they would adapt to during these new times.

“We don’t want to be like dinosaurs, and try not to behave as such. It’s clear, that if you don’t match social changes, you will be ignored,” he said.

VPRO has four YouTube channels, and media content is discussed on a regular basis during public meetings. “We admitted that the television isn’t what’s important, rather the audience,” concluded Stan Van Engelen.

Armenian Public Radio Director Mark Grigoryan defined the term “public” during the conference. “Public means everyone.” That formulation became a cause for a discussion with Stan Van Engelen .

Do you agree that public media is one that works for everyone?

When we say that public is for everyone, we can also state that private channels are more public, since they are truly for everyone.

There is a big debate now in Holland about public TV. There is an opinion that we should satisfy all people as much as possible and broadcast a large amount of entertainment shows.

For example “The Voice: Holland” or different dance shows, which everyone really does like.

But according to my definition, “public” means the exact opposite. I think that public media does what commercial doesn’t.

Of course, we have to play an important role. We are a force, which seriously controls politicians as critical thinkers in society. But that’s not the same as creating programs for everyone.

There is a Dutch saying, that you begin to dance under the trumpets of the desires of the people.

The demands of the public is not the same as those of commercialized television channels.  We try to be critical thinkers about what is public, that public means to always be ready to add something new.

Generally these debates are a hot topic around the world.

How important is the independence of the public broadcaster? It should be independent, but is it so?

Independence from the government, marketplace, mass values, large companies as well as “the right” taste and accepted knowledge, is very important.

If all of this does not exist, you will have to repeat what is already being said. Public media should try (of course it is difficult) to be the healthy voice of criticism in society.

If everyone is looking one way or saying one thing, we have to have enough freedom to voice a different opinion and suggest that there are other ways of speaking and thinking.

In your opinion, after the revolution in Armenia, what can media lose and what can it find? It is difficult to criticize when you are excited about the changes.

Of course, I am not an expert in the current situation, but as someone with an outside perspective, I think that the media should try to remain as a voice of the people, letting people know what is going on in the streets and how people are reacting to the changes.

I think now is the time for honest debates in public media (both on television and the radio) about the role of media in the revolution, how it responds, what has been done well, what mistakes were made.

Critical thinking is very important for every journalist, even when a new government has been formed.

In a broad sense, a journalist should be able to see how the new government lives up to its promises. Are they really doing what they promised they would?

I think it’s a good opportunity for the Armenian public media. If it wants to be part of this new era, it can start analyzing how it reacted to the revolution, what it learned, what mistakes it made, how transparent it has been to the public.

As I understood it, Armenians were particularly dissatisfied with television, which did not adequately cover the revolution.

During the conference, many questions were addressed to the head of Public Radio, and my impression was that the director was doing the best that he could.

But it would be very interesting to have people who were involved in the work on the radio (and not only) reflect and talk about what they learned from the revolution.

For example, to say that they were trying to be careful when they were not covering the rallys of today’s Armenian Prime Minister.

I think a good question would be: Could we have responded to the situation more quickly and cover a new and big phenomenon in Armenia? And why didn’t we do that?

The Dutch Public Television has made a lot of mistakes, as we live in a changing media landscape, and there is a lot of pressure on us. Especially when we try to understand our role.

Of course, everyone has the right to make mistakes, but they also have the opportunity to look back and think about what they have done wrong and what changes they didn’t notice early enough.

So the best thing we can do is be critical about your own role, and honestly accept your mistakes.

And is the future of television bright or problematic?

I think it’s just one of the media outlets. Of course, it will not disappear, remaining one of the main forces in the media field, but at the same time, television should know its place.

There are many platforms in social media that are more appealing to young people than television. The new generation feels that in the social media environment, its voice is heard, and they can add their voices to each others.

It is a difficult time for television. It’s as if it is standing at the top of a mountain and looking at the world, trying to understand what is going on around it.

There are new types of media that are completely ignored by television in the Netherlands. For example, video bloggers.

Bloggers talk about their experience, shopping, clothes, ideas, leisure and other things. They talk to 14-15 year old girls and boys for whom they became a major force that teaches them to see the world and to respond to it.

For example, my 14 year old daughter learns a lot about everyday life from women bloggers.

Bloggers identify behavioral models for the new generation and of course our children learn more from them than from television.