“We have to raise issues not in the local, but in the international media” 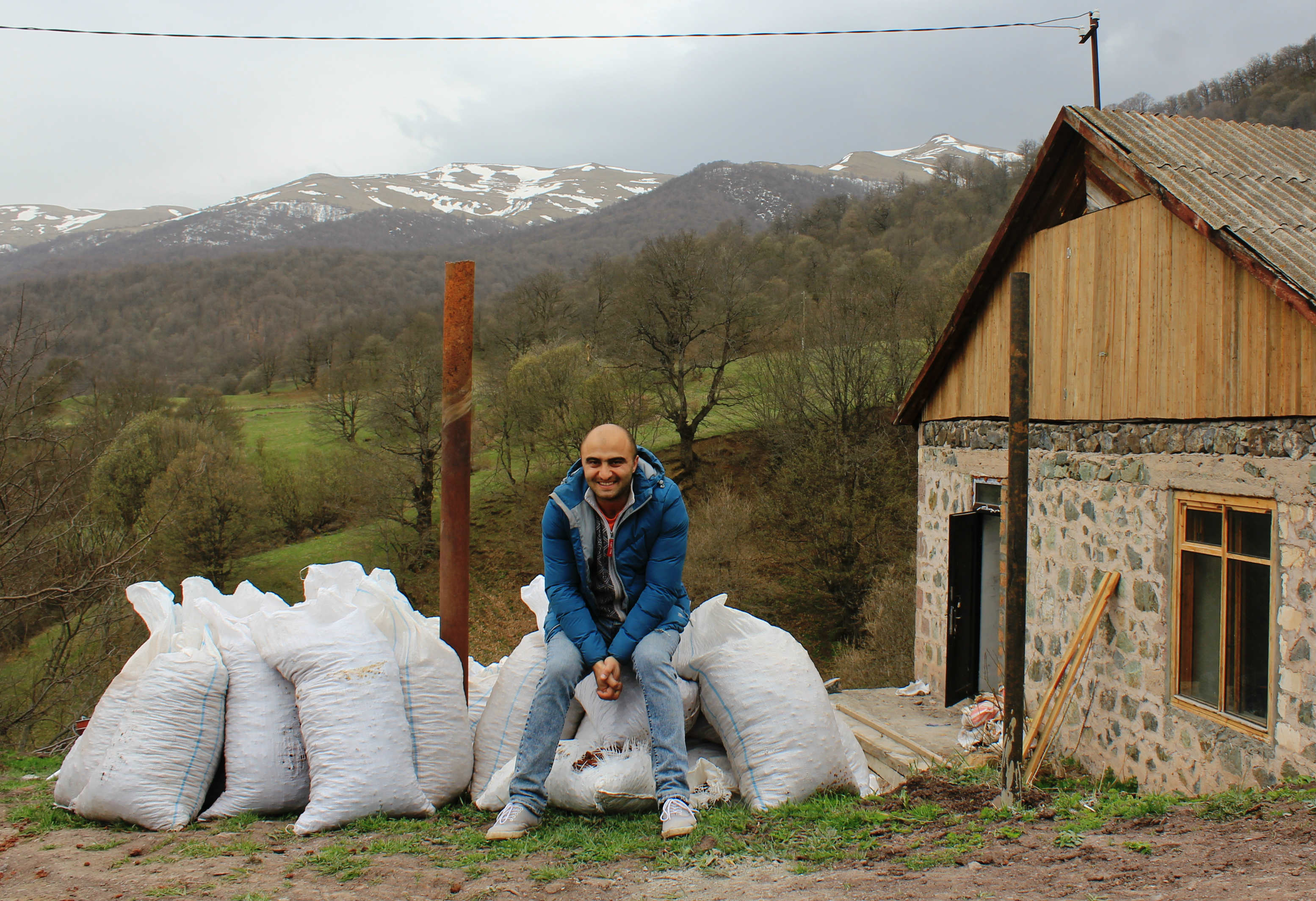 Environmental issues are an explosive topic since in all countries they have to do with, on one hand, large capital and, on the other hand, the public idea of the earth’s crust.

State agencies balancing private interests and public ownership are the captains of mining. They decide on the course the country will take and when private interests must be suspended in favor of public logic.

One can argue that when the captains bend toward interests (naturally, private), it depends on the resultant public response, what kind of society we are: confident or indifferent?

Constantly placing importance on environmental issues and raising them is a test for not only human rights advocates and environmentalists, but also media outlets.

Environmental lawyer Artur Grigoryan wants to see a more influential and professional media sector in Armenia. If the media does not decide anything, remaining on the first line of attack are only the few environmentalists, whose evaluations are not accessible to the public and don’t inspire vigilance on the part of state institutions speaking on behalf of the public.

The ecosystem and money rarely exist in harmony, and the media helps at least to regularly remind people of that important clash. Do you feel that?

Armenian media coverage is on a superficial level. Journalists often present environmental issues on an emotional plane, and as a result, the mind is lost.

International experience should be analyzed and evaluated, and events placed in an international context (a thousand things are happening around us).

But is that the fault of media, or also of experts and holders of information who are not open to journalists?

In all cases, the media must be professional. For example, recently, after the human rights advocates’ rally in Dublin I gave an interview to Reuters, whose journalist asked questions with such emphasis that you immediately understand that the person is informed about what he’s asking and what he wants to hear as an answer. That is, the journalist guides you.

What can experts do if they want to present essential issues, say, regarding the Amulsar mine exploitation and need the media?

We’re in the judicial process now in the Amulsar case; we sued the government, since according to the legislation, you can sue not only a company committing abuses, but also a government that provided permission for exploitation.

The two-year trial continues; journalists sometimes come to cover it, and sometimes they don’t. I don’t want to complain, and I’m grateful to all those who cover it, but it’s a fact that the level of journalism is quite low.

Don’t you agree that’s the case in all sectors?

I think the reason is that our media sector is politicized.

Some politician says something stupid, and all the journalists run after him and record all his remarks, instead of completely ignoring them.

These corrupted and idle-talking people become stars thanks to the media. And the most important issues remain uncovered.

Will ignoring help? After all, journalists are carrying out media owners’ instructions. If one person ignores them, another will surely write about them.

Ignoring is an opportunity to show that these people’s lifestyle, to put it mildly, is wrong. But journalists do the complete opposite — they give them a platform.

It’s probably important to understand who the journalist is. If he considers himself to be a professional and feels that nothing depends on him, why does he engage in this activity?

If you follow how the law against domestic violence is covered and actively discussed, the disgraceful and primitive level of the news stories will become clear — even the stories of those journalists who are trying to be neutral and give voice to both sides.

And so it is that we have to raise issues of concern not in the local, but the international media. In Armenia, the press doesn’t solve any issues, while abroad, it has an enormous impact.

We seem to be in a cell. Either we have to try to get out or we stay in the cell and are unable to do anything.

Behind Armenia’s mining companies are high-ranking officials who create public associations (also media outlets) and “fling” them at people who raise sensitive issues.

Those supposed public groups, which are affiliated with mining companies, invade politics, occupy positions, and begin campaigns against environmentalists and the media.

These media outlets now have problems simply for republishing that piece, since Syunik’s regional governor is accusing them of defamation. But before that, they had published videos defaming us.

We went to the police and got an answer that it’s not a police matter. We uncovered the source ourselves and published this story in the press.

The state refused to help us, and when we tried to protect ourselves, making the incident public, the result we got was the press being prosecuted.

And the bad thing is that after that, silence prevailed in other media outlets. Meanwhile, there should’ve been a real journalistic explosion, that the media, which has public significance, is being persecuted. But there was no critical coverage. What else can I say about the Armenian media?

Do you understand, your colleagues have come under attack. And that means that everyone is vulnerable.

I think it’s worth working with journalists in a more practical manner.

We’re now going to create a website where we’ll put all the information about environmental issues. If the press wants, it can use it.

Usually we spend a lot of energy and time when we try to present the problem to journalists, then make corrections in the story, correct the terms and facts.

Of course, it’s clear that the media sector doesn’t have a lot of resources; there are few media outlets that can both technically and professionally prepare serious stories.

That the media is not influential is a key issue for human rights advocates. If a critical article is published in European media outlets, about abuses and inefficiency, both the companies and their financed banks will completely change their policies.

Right now we have a very important issue, Teghut, where mine exploitation began since 2006. Ten years have passed, but there’s no research on what really happened and is happening.

We know that the Danish company had provided large sums, $62 million, for exploitation of Teghut’s mine, but it recently stepped back from this project and demanded the money be returned. After this news, no one raised the question of accountability. That is to say, no attempt was made to understand why that happened and who is going to be held accountable.

Understandably, searching for documents, understanding, comparing, and analyzing them is a difficult and laborious task. Many journalists can’t do that, since they have neither the time nor the resources.

It becomes up to us to make these issues public.