Bucha Was “Staged,” Vinnytsia Was Ignored: How Does Telegram In Armenian Cover The Russian-Ukrainian War? 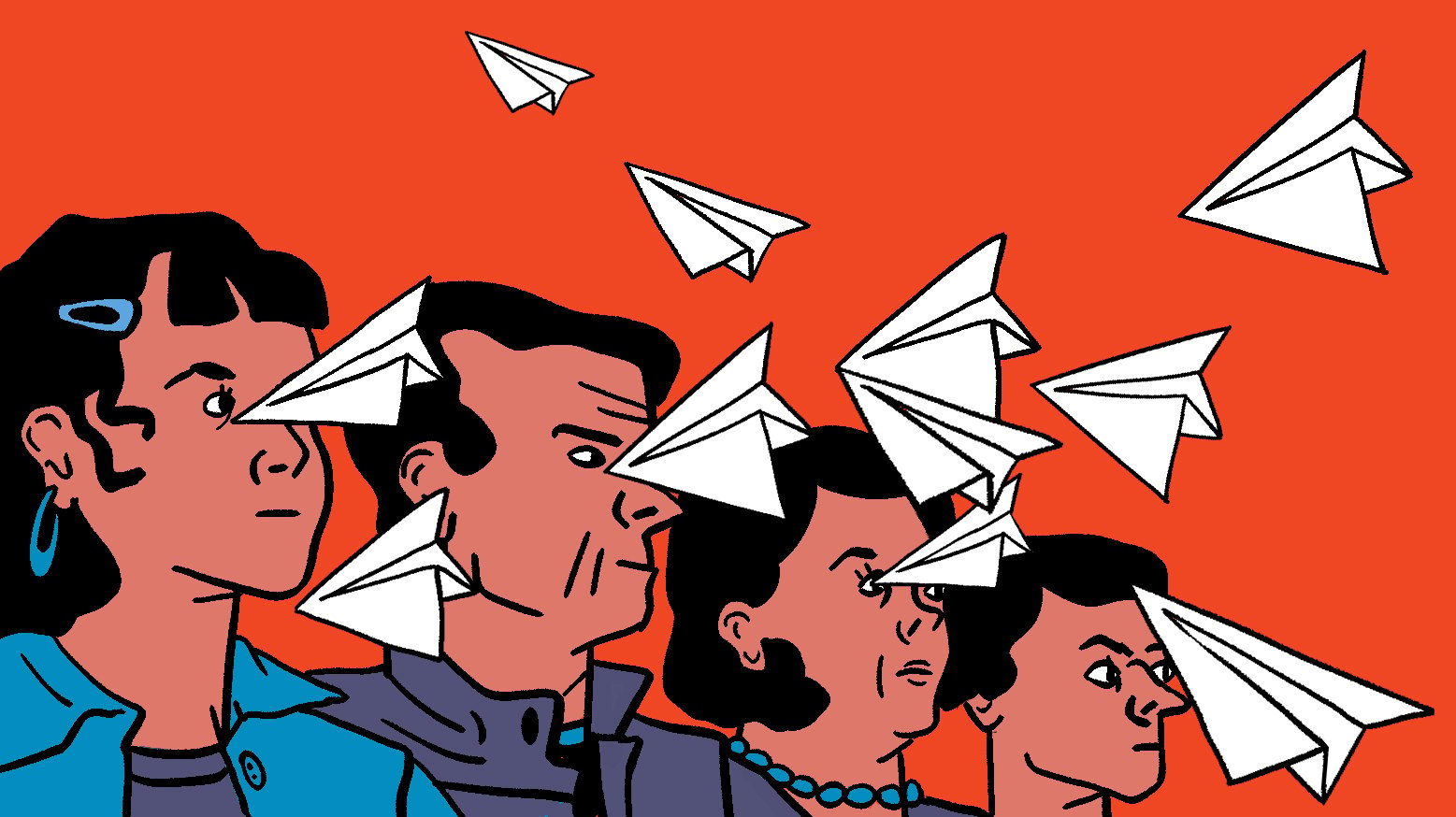 Telegram is one of the fastest-growing social networks in the Armenian information domain. For many Armenian readers, Telegram is the main platform for getting acquainted with the news of the day.

Media.am studied how the Russian-Ukrainian war is being covered in the Armenian segment of Telegram, in particular, how major Armenian channels presented the tragic events in the cities of Bucha and Vinnytsia to the reader.

What happened in Bucha and Vinnytsia?

At the end of March, when the Russian troops left the city of Bucha in the Kyiv region, it became known that during the occupation of the city, mass murders of civilians took place. Footage of the Bucha massacre was spread in the world’s media, and what happened was widely discussed and condemned.

And in July, Russian forces shelled the center of Vinnytsia. Among the dead and wounded were many civilians, including children. This news was also widely covered in the media, condemned both by the officials of Ukraine and Western countries.

What have we studied?

We studied the content of six major Armenian channels between February 24 and July 20, 2022. All of them are Russian-language channels. We have selected those channels that have the most followers in the Armenian domain of Telegram, as well as those that most actively cover conflicts. In total, we studied 63 records mentioning the name Bucha and 27 records mentioning the name Vinnytsia.

The Telegram channels investigated mostly ignored the events of Vinnytsia. Most of the records mentioning the name of this city were made between the end of February and the beginning of March and talk about the advancement of Russian troops or current military operations. The only channel that covered the tragic explosion in Vinnytsia is SisMasis: it shared the video of the explosion and shared the Russian official version of the incident.

The coverage of Bucha was more multi-layered, and the channels covered the event in significantly different ways.

More than half of all publications studied – 32 (51%) – propagated a conspiracy theory in one way or another that Bucha’s murders were “staged,” “orchestrated” by the West, or were the work of Ukrainians themselves.

The majority of such claims were spread by the channels Армянская Вендетта (Armenian Vendetta) (16), Mika Badalyan (6), and SisMasis (6). This conspiracy theory coincides with the official version of Russia, and the publications containing such claims were often direct quotes from Russian statesmen or Russian propaganda channels.

Only 10 (16%) of the publications condemned the Bucha massacre. The most condemning publications were distributed by Баграмян 26 (Baghramyan 26) (5).

Let’s look at the content of the channels in more detail.

The Mika Badalyan channel is hosted by opposition blogger Mika Badalyan. He moved to Armenia from Russia. In 2021 in February, Badalyan announced the opening of a representative office of the Russian ultra-nationalist Царьград (Tsargrad) online TV channel in Armenia.

Badalyan’s false or fake claims have been the focus of fact-checking journalists before (example 1, example 2). In July, Civilnet found out that Badalyan also evaded taxes: during the coronavirus epidemic, he sold masks to the state but did not pay taxes. In the summer, he was arrested on charges of making a false report about terrorism.

Badalyan actively covers the Artsakh conflict, the internal political situation of Armenia, and the conflict in Ukraine on Telegram.

During the period of the study, he posted a total of 20 publications mentioning Bucha and Vinnytsia, 17 of which share information from an external source. The vast majority of Mika Badalyan’s sources are Russian Telegram channels, with content mostly coming from the Kremlin.

Publications about Bucha mainly shared information about the military situation, official Russian statements, and conspiracy theories about the organization of the Bucha massacre. Badalyan made two posts containing his own comments. In one of them, he criticizes the retreat of Russian troops from Kyiv: According to Badalyan, in the past, after the withdrawal of the Russian troops, the Ukrainian soldiers “executed” the local residents, and now people in other settlements avoid contact with  Russian soldiers, fearing that their own compatriots will carry out executions after the Russians leave.

As for the publications mentioning Vinnytsia, Badalyan posted all of them at the end of February and the beginning of March: he did not cover the July explosion.

This channel has an opposition position. It made publications endorsing former president and current opposition leader Robert Kocharyan.

Among the studied channels, Армянская Вендетта mentioned the names Bucha and Vinnytsia most often. Bucha was mentioned in 24 publications, in 21 of which it referred to external sources. It referred once to a Ukrainian official, once to a US official body, and three times to a Russian official.

Reference was made to Russian Telegram channels 12 times, which are either well-known propaganda platforms or have a pronounced pro-Kremlin position.

In other words, in those cases when the channel referred to external sources, they were mainly pro-Kremlin Telegram channels (57%) and Russian officials (14%). Only in one case was the information taken from a Ukrainian source.

The name Vinnytsia is mentioned by Армянская Вендетта in 4 posts, all in late February and early March. The explosion that took place in July was not covered by the channel. One external source is mentioned in the posts about Vinnytsia, the Рыбарь Telegram channel. This channel engages in information war in favor of Russia. “[We] managed to launch a full-fledged popular information war aimed at solving practical problems within the framework of supporting the special military operation in Ukraine,” the channel describes its activities.

Bagramyan 26 is the biggest channel in the Armenian segment of Telegram: the number of its followers exceeds 116,000. The channel often criticizes the opposition in its publications, repeating the narratives of the government.

Unlike Армянская Вендетта and Mika Badalyan, Bagramyan 26 avoided spreading information from pro-Kremlin Telegram channels. Instead, the channel covered the events of Bucha and Vinnytsia mainly by referring to official sources. Thus, in the publications about Bucha, the channel spread the words of Russian officials four times. In two cases, it referred to an official Turkish source, and in one case, it referred to the words of Ukrainian and Polish officials.

Bagramyan 26 made four posts about Vinnytsia, all at the end of February and the beginning of March. In three cases, the channel cites external sources, two of which are Ukrainian and one Russian.

SisMasis is a relatively smaller channel: it has around 13,000 followers. However, this channel also actively covers both the Artsakh conflict and the war in Ukraine. The channel has an opposition position.

In 9 out of 10 publications mentioning Bucha, SisMasis shares or cites external sources, mostly officials from different countries. In three cases, such quotes contained conspiracy theories about Bucha’s cases being “staged,” “a provocation” and “a British special operation” (similar assessments were made by Russian Foreign Minister Sergey Lavrov and Belarusian President Alexander Lukashenko).

Once, SisMasis rewrote the speech of the Prime Minister of Great Britain, Boris Johnson, and the channel added a comment from its own side, calling Johnson a “red-headed unshaven Englishman.” Once, the channel also shared the condemnation of Ukrainian President Volodymyr Zelensky and the US Embassy in Kyiv regarding the Bucha massacre.

Unlike all the other channels studied, SisMasis covered the deadly explosion in Vinnytsia in July. One of the two posts was a video of the explosion, the other was the commentary of the Russian Armed Forces about the explosion. The channel did not write anything neither about the victims, nor the Ukrainian position.

The channel Инфотека24 (Infoteka24) is focused on the coverage of international relations surrounding Armenia. It has previously shared unverified information.

The channel did not cover the July explosion in Vinnytsia. Regarding the massacre of Bucha, Инфотека24 spread the condemnation of US and French officials, as well as information that anti-Russian protests are taking place in Azerbaijan.

Инфотека24 made a total of 6 publications mentioning Bucha and Vinnytsia, three of which refer to external sources. In one case, reference is made to the US State Department, in one case to the President of Ukraine Volodymyr Zelensky, and in one case to the Azerbaijani “Turan” information agency.

Although Re:public of Artsakh is one of the largest channels in Telegram’s Armenian segment, it publishes significantly less frequently than the other channels studied. Its publications also have a narrower thematic area and mainly refer only to the Artsakh conflict.

The channel did not write about the events of Bucha, and Vinnytsia is mentioned only in a publication made in early March, on the occasion of the explosion at the city’s airport (Re.public of Artsakh shared information that the Turkish Bayraktar UAV were allegedly stored there).

Telegram in Armenia: Why is the popular social network in Russian?

From the study of the coverage of the Bucha and Vinnytsia cases, it becomes clear that the Russian-Ukrainian war is covered in a biased manner in the Armenian segment of Telegram. Three of the major channels studied (Армянская Вендетта, Mika Badalyan, SisMasis) actively pushed Russian propaganda narratives to their audience without verifying them or presenting the counter-view in proper detail.

At the same time, the largest channel, Bagramyan 26, tried to present the mentioned cases via official statements from both sides. The channel refrained from sharing Russian propaganda Telegram channels, although the narrative about Bucha being “staged” still appeared on the channel through the words of Russian officials.

All studied channels work in Russian. Although Telegram is one of the most popular platforms in Armenia, Russian-language channels are more the norm here than the exception.

Telegram gained momentum in Armenia in 2018 during the Velvet Revolution. According to media expert Samvel Martirosyan, Telegram was a convenient tool for reading news when everyone was protesting and the internet connection was bad. “‘Infocom’ entered the arena and became one of the most popular Armenian channels. Баграмян 26 and others appeared in parallel. But Armenian, actual Armenian channels were very rarely formed at that time, mainly the channels of Russian-speaking Armenians of Russia started to enter our information field,” said Martirosyan.

According to him, at that time Telegram had already become the main social network from an information point of view in Russia. “Armenian channels moved here from Russia and started entering our field. They were the main opinion makers in this domain and it has remained so until now because those channels are also involved in the internal political struggle. In fact, those Russian-language channels received serious funding. They were introduced into our media field as well as Armenian-language [platforms] as a quotable source, thus further promoting them.”

When asked on what basis it can be concluded that these channels received external funding, Martirosyan answered, “One can only assume that the channel is in favor of a specific politician or against another. [Furthermore,] as soon as the elections were over, the activity of those channels dropped sharply. In other words, from these secondary symptoms, it can be understood that there was financing.”

Another big wave of Telegram audience growth happened during the second Artsakh war. According to Martirosyan, at this time, a number of Russian-language bloggers appeared who wrote pro-Armenian posts, due to which they gained a huge audience in Armenia. Media.am previously covered WarGonzo among them.