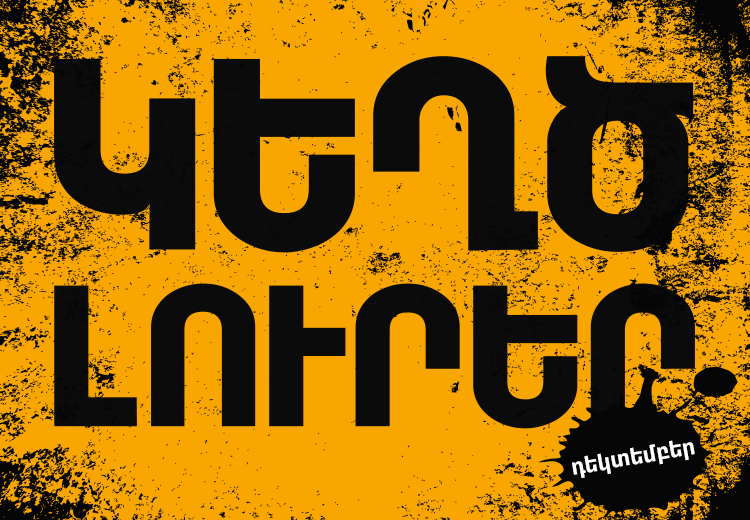 The misinformation spread about Armenia in December mainly referred to the Artsakh war. While covering the political events in Armenia, the Russian-Azerbaijani press again used conspiracy theories.

In December, Azerbaijani-Russian websites continued to actively spread the conspiracy theory about the wealthy American, George Soros and the Armenian Velvet Revolution.

Former MP Artashes Geghamyan wrote in the Russian Regnum that Armenia should become one state with Russia. According to Geghamyan, only this will ensure the security of Armenia, which is disrupted by Soros and his subordinate structures. Among those structures, Geghamyan listed numerous Armenian media outlets, non-governmental organizations that were not actually founded or run by George Soros or the Open Society Foundations.

The same theories about Soros “agents” were spread by the Azerbaijani media. Cispress.ru wrote that Armenia’s policy is governed by Soros. Turan.az also announced that the head of the NSS of Armenia was “called to Moscow” and handed over the list of “agents” by name, demanding to dismiss them from their positions.

Conspiracy theories about George Soros and his “agents” have been used as a tool of political struggle in various countries long ago. The Soros-funded Open Society Foundation is banned in both Azerbaijan and Russia.

Agents were being looked for in Armenia as well

The members of the “For Social Justice” party held a press conference in the “Sputnik Armenia” pavilion, announcing that about 40 Armenian non-governmental organizations are hiding money, carrying out Western, Turkish and Azerbaijani instructions.

The speakers referred to the data of the authoritative analytical company Dun & Bradstreet. This company’s website, however, has inaccuracies about Armenia (for example, the Ministry of Education and Science is presented as a business with two employees).

This information was spread without checking not only by Armenian but also by Russian websites – pressunity.org, eadaily.com, rossaprimavera.ru, novostink.net, etc.

Russian journalists were publishing unverified information, and news websites were spreading that information.

? Host, Vladimir Solovyov, wrote on his Twitter page that Nikol Pashinyan had resigned. The post spread quickly, but it soon turned out that it was wrong, Pashinyan had not resigned.

Solovyov deleted the post and reported that misinformation had been spread. He also published the statement of the Prime Minister’s spokesperson Mane Gevorgyan that the information about Pashinyan’s resignation “is so ridiculous that there is no need to refute it.”

? Wargonzo Telegram reported that Vladimir Putin was named Man of the Year in Artsakh. This information was spread in Armenian Russian-language groups on social networks, mushroom websites and Russian and Armenian news websites.

Wargonzo, however, did not specify that the Armenian magazine “De Facto” recognized Putin as the person of the year, and not an official source in Artsakh. De facto magazine is a private media outlet. The editor-in-chief of the magazine was one of the candidates of the RPA national list in the 2018 special elections, Menua Harutyunyan.

One of the Azerbaijani state media, haqqin.az, was actively covering Armenia in December, spreading false information.

? Information was spread that a Turkish civilian plane flew to Baku via Armenia for the first time. The news was also published by the Armenian media. But the flight was not the first: Armenia and Turkey have not closed each other’s airspace for civilian aircraft. The RA Civil Aviation Committee informed that the airspace of Armenia is open for all civilian flights.

? Azerbaijani and Turkish sources denied the fact of hiring mercenaries from Syria throughout the war. Instead, the two countries accused Armenia of using fighters from other countries. In December, haqqin.az wrote again that fighters from the USA, France and the Middle East fought with the Armenian troops. As in the case of other such accusations, this time, once again, it was not about mercenaries, but about repatriates from the Diaspora.

Karine Sahakyants, head of the Levon Mkrtchyan Center for Cultural and Literary Initiatives at the Armenian-Russian University, made several wrong statements in an extensive interview with the Russian newspaper “Суть времени.”

Sahakyants said that there is no mention of any Russian writer in the new school textbooks in Armenia. According to Sahakyants, there are also no Western Armenian writers, “After all, the Western Armenian authors were victims or witnesses of the genocide. And since the goal of the new authorities is to get closer to the Turks, such literature has not been included in the program either.”

New educational standards were really introduced in Armenia last year. They, however, only describe new approaches to teaching literature and other subjects. There are no literature textbooks yet, so it is wrong to say that they do not include Russian writers.

There are examples of works in the text of the standards of the subject “Literature,” but they are only examples, and the list of literature in textbooks may differ. Nevertheless, even in the list of those examples, there were Western Armenian writers, for example, Misak Metsarents.