Not Mariupol, But Volzhsk: Not An Explosion, But A Thunderstorm 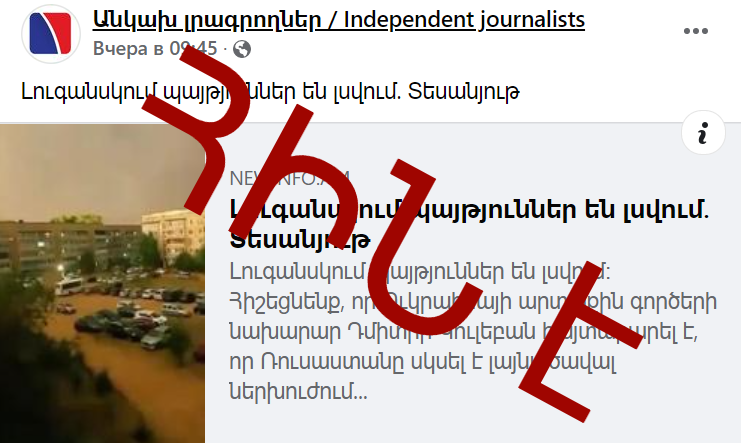 A video has been widely spread in the Armenian and international press, in which the nighttime sky in a city is illuminated by flashes, which are accompanied by loud noises. Most users wrote that the city of Mariupol in eastern Ukraine was being bombed. Some were convinced that the video was taken in Lugansk. The video was shared on Twitter, Facebook, Instagram, TikTok, Telegram, websites and elsewhere.

In reality, this video was shot on June 28, 2021, in the Russian city of Volzhsk, and the sounds heard and the lights in the sky are the result of a thunderstorm. It was first published on TikTok.

EFE Verifica managed to talk to the woman who posted the video via private messages, who confirmed that the recording was taken on June 28, 2021. In addition, she emailed the full 33-second footage of the video.

The weather forecast for June 28, 2021, in the city of Volzhsk also proves that there was a thunderstorm that day, and the sky was cloudy from 10:00 PM.