The Information Campaign Of The Government Press Against Hayk Marutyan 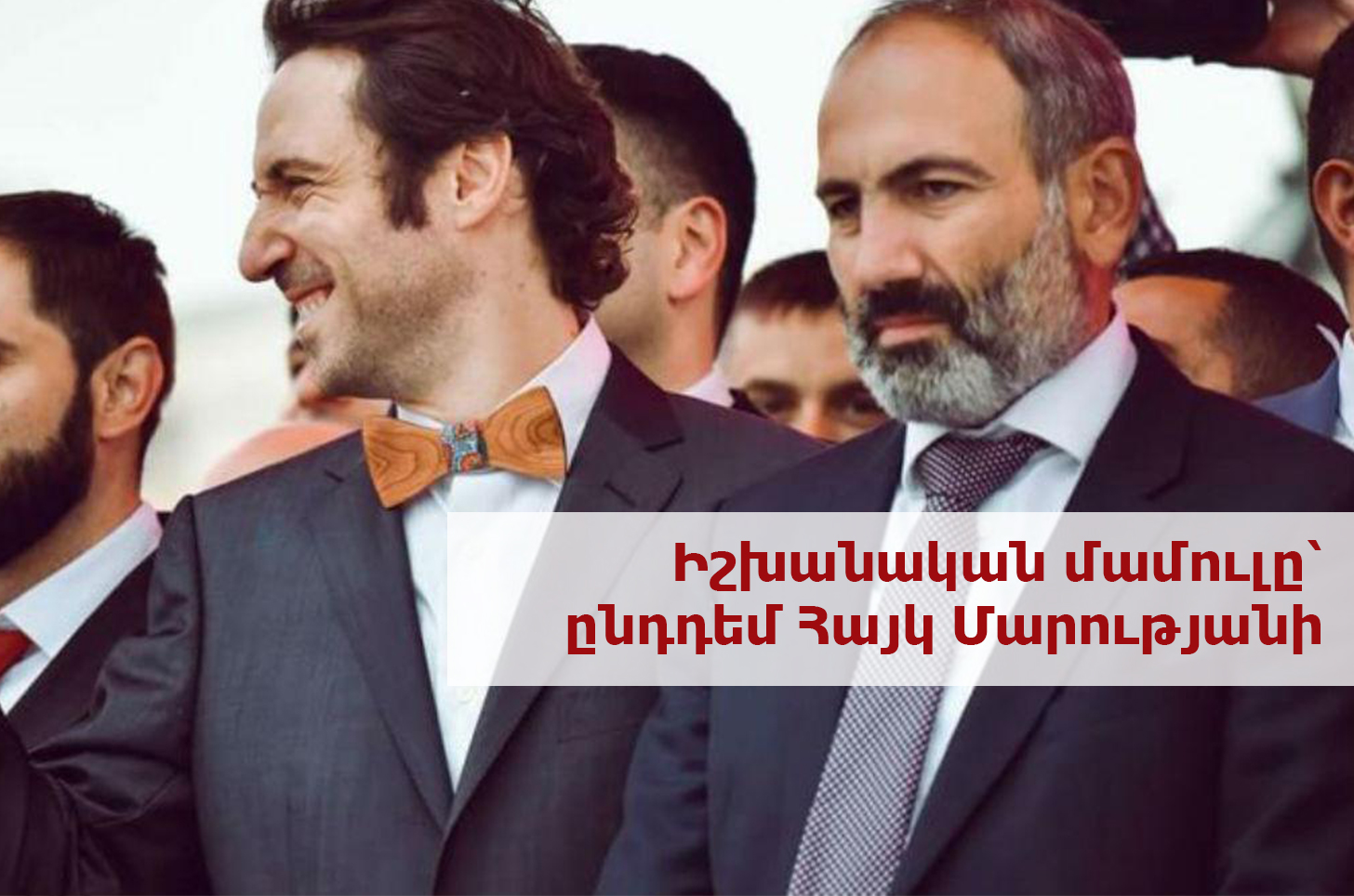 The pro-government press has been campaigning against Yerevan Mayor Hayk Marutyan on various media platforms since the early elections in 2021. The information campaign against Marutyan intensified in the last few days after a scandalous article was published on armtimes.com belonging to the family of RA Prime Minister Nikol Pashinyan. Already today, on December 15, the “My Step” faction of the Yerevan Council of Elders started a no-confidence motion against the mayor without presenting any justification.

Media.am presents when and how the information campaign against Hayk Marutyan started and which websites were most actively involved in that work.

On December 12, an anonymous article by armtimes.com was published with the caption “The generals ՛deviated from the revolution՛ to Hayk Marutyan”

The article mentions that it is known that Yerevan Mayor Hayk Marutyan has wanted to resign many times, but at the urging of Prime Minister Nikol Pashinyan, he has always backed down from that idea. The author, however, does not present any facts from where and especially to whom this information is “known․” Hayk Marutyan has repeatedly denied the rumors about his resignation and it is interesting that many of those denials were also published in armtimes.

Continuing the series of unsubstantiated allegations, the author writes that, according to the circulating information, Marutyan established close relations with the leader of the “Armenia” faction Seyran Ohanyan, and then met with him through the second president of Armenia Robert Kocharyan.

The article has no factual basis: All the information is either evaluative or based on anonymous sources. Despite the unknown sources, the news was reproduced by freenews.am headed by NA Speaker Alen Simonyan’s wife, Mariam Margaryan, and civic.am, which is associated with the government.

The information was also spread by various Facebook pages and users. These were mostly the pages where positive news about the current authorities are posted. For example, ARM FB News actively covers the speeches, interviews and official visits of Nikol Pashinyan, Alen Simonyan, Vahagn Aleksanyan and other government officials. It also does not forget to make critical posts about the former authorities. And, for example, the “Lrahos” page, which was created in May 2020, had not posted anything for months and only shared the armtimes article on December 12.

The information was also reprinted by the mushroom website mediaroom.am, which is one of the most active anti-propaganda websites against Hayk Marutyan. During the last 5 days, 4 gossip or criticism materials about the mayor of Yerevan were published here.

Despite this information campaign, the spokesman of the Yerevan Municipality Hakob Karapetyan and the deputy of the “Hayastan” faction Aram Vardevanyan denied the news of the meeting between Marutyan and Kocharyan.

When did the information campaign against Hayk Marutyan start?

The information campaign against the mayor of Yerevan started when it became known that Marutyan was not included in the pre-election list of the “Civil Contract” (CC) for the 2021 special parliamentary elections. The next day, Arayik Harutyunyan, the Prime Minister’s Chief Adviser, announced on RFE/RL, “I am very sorry that Mr. Marutyan had such an attitude before the elections and as a mayor nominated by the Civil Contract and My Step, with obvious and public support during the pre-election period, did not openly and publicly support the CC during the pre-election period.”

2021 On June 28, armtimes.com raised a question in the form of a headline, “Will a no-confidence motion be initiated against the mayor? There’s dissatisfaction with Hayk Marutyan in the CC.”

Freenews, in its turn, published a report, “Will Yerevan have a new mayor? The CC members still aren’t labeling Hayk Marutyan as ‘black.'”

In general, these two media outlets were the most active in the anti-propaganda campaign against Hayk Marutyan. Freenews even republished materials from the mushroom website armenianews.net, which called Marutyan’s decision to hold the Independence Day of the Republic of Armenia in Artsakh “false patriotism.” Civic.am also contributed to the spread of anti-propaganda by copying articles from the previous two sites and authoring their own.

Despite these rumors, Armen Galjyan, the leader of the “My Step” faction in the Yerevan Council of Elders, assured on June 30 that “there was no discussion on expressing no confidence in Marutyan.”

Only today, December 15, after days of counter-propaganda carried out by pro-government media outlets, did it become known that the “My Step” faction of the Yerevan Council of Elders had begun a process of expressing no confidence in Mayor Hayk Marutyan. Council of Elders member Armen Kotolyan announced that Hayk Marutyan will most likely be dismissed by the end of December.