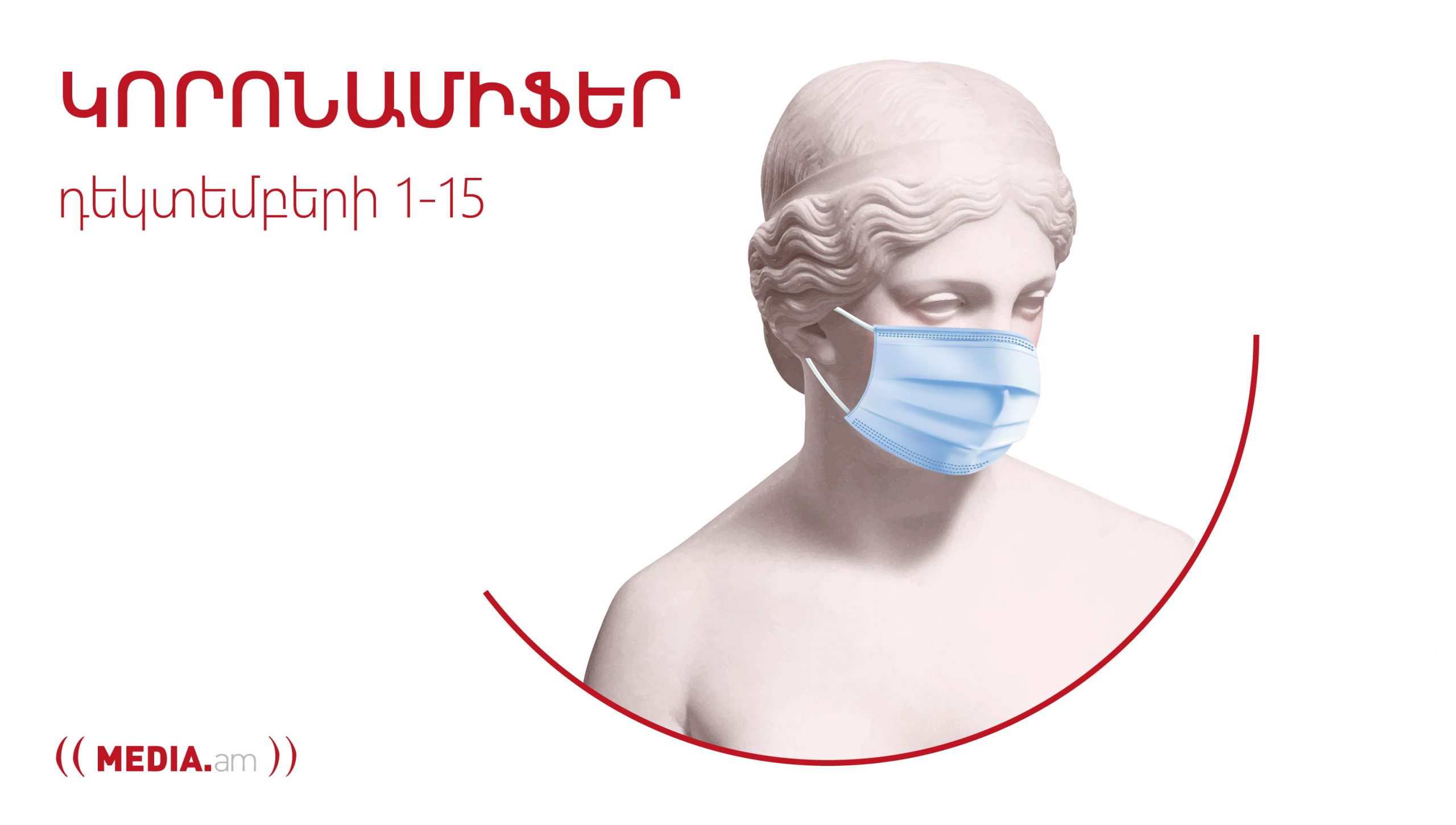 On December 1, the Ministry of Health (MOH) announced new anti-epidemic changes. The deadline for submitting a negative PCR test at work was reduced from every 14 days to every 7 days. In addition, it was already known that the draft would ban access to restaurants and cafes as well as places of entertainment from January 1 without a QR code and a negative test result. These decisions created a new wave of false and manipulative comments about vaccinations.

The new restrictions have been in place for a long time

The activists of the anti-vaccination movement held a protest in front of the building of the Ministry of Justice, Ashot Barseghyan, the founder of the “Association of Restaurants” NGO, expressed a negative opinion on the project, insisting that it has no intention other than killing business.

Despite complaints and accusations, similar restrictions apply in many countries around the world. They are considered an effective solution in the fight against the epidemic. In Europe, for example, there are similar and many other restrictions for those who have not been vaccinated. Canada’s second-largest state, Quebec, has made it mandatory to get vaccinated on September 1 to enter restaurants, bars and gyms. Vaccination of at least one dose became mandatory in New York City on September 13 to enter closed areas, including restaurants, cafes, gyms and cultural centers. You can read more about such restrictions in the world here.

All those who have been vaccinated are considered unvaccinated for Omicron

On November 26, the World Health Organization (WHO) announced a new strain of the coronavirus, Omicron, calling it a “disturbing strain” of the virus. Despite the lack of clear scientific data on the new strain, rumors began that the effectiveness of the Pfizer vaccine against the Omicron strain had dropped by 41 times and that “all those who have been vaccinated are now considered unvaccinated.”

The study of a 40% reduction in efficiency was conducted by researchers in the Republic of South Africa after preliminary laboratory studies. They took samples from 12 participants vaccinated with two doses of Pfizer and tested their ability to neutralize the plasma to neutralize the omicron. It turned out that the new strain bypassed the antibodies more successfully than the other strains. Despite this, omicron has not been able to completely bypass vaccine protection. Relatively high levels of antibodies remained in people who had been fully vaccinated or had already been infected with COVID. This study, however, has not passed peer review (i.e. has not yet been reviewed by other scientists).

On the same day, December 5, Pfizer-BioNTech published the results of its research, according to which 2 doses of Pfizer vaccine may be less effective against the new strain, but the third booster dose will neutralize Omicron.

Scientific research on the new strain is still ongoing and so far there is no common approach to the issue. For example, researchers at the Israeli Sheba Medical Center claim that even with 3 doses, the effect of Pfizer against omicron was reduced by 4 times.

Samvel Grigoryan, a member of the “Free Will” movement, claimed on “Fastinfo” that contrary to Moderna’s guidelines, the Ministry of Health allowed children to be vaccinated with that vaccine.

These allegations do not correspond to reality. Media.am covered them in detail in October. Although the Moderna guide does state that the age of use starts at 18, on October 25, 2021, the company published a new study that showed the effectiveness of the vaccine for 6-11-year-olds. More than 4,700 children participated in the research. Almost everyone had an immune response, all of whom developed antibodies.

The European Union’s main health agency, the European Medicines Agency, has already approved the Moderna vaccination for children aged 12-18. The US Food and Drug Administration has approved the use of the Pfizer vaccine in children. Moderna’s approval process has been delayed by the department as additional inspections are being carried out on rare side effects.

In the same interview, Samvel Grigoryan also mentions that there is no sense in vaccinating children, as they recover from the coronavirus easily.

“Does it make sense to vaccinate children if they get sick slightly? They mainly carry the disease while on their feet and form a stable, natural immune layer and represent the chain that will eventually destroy the virus. Why vaccinate children?” By the way, two days later, Grigoryan’s former colleague, epidemiologist Eduard Hovhannisyan made a similar statement in the Yerkir media studio, presenting one death registered among children last year as a fact.

Although children are not vulnerable to coronavirus disease and have a lower mortality rate, they are a source of transmission, and researchers say that one in 100 people who are vaccinated become infected, which means that those vaccinated are less likely to become infected.

It is also important that due to the Delta strain, the number of deaths and severe illnesses of children has increased. As of September 22, about 30 children infected with COVID were hospitalized. A 10-year-old girl died from COVID in Armenia on October 2, and a one-month-old baby died on October 29.

On December 1, Marina Khachatryan, President of the Healthy Society NGO, announced live on Facebook that 5G towers were being installed in Armenia and that this was being done at the state level. She showed a billboard in one of the districts of Yerevan with 5G.

“Now you see that these towers were installed to transmit 5G connections and 5G electromagnetic waves. I am saying this as a doctor, they are very dangerous for people’s health,” said Marina Khachatryan.

In fact, the billboard belonged to ACBA Bank, and it was not about 5G connections, but about the 5th generation consumer loans, which, according to the official website of ACBA, can be obtained at any time, anywhere.

A new drug called “Aramax Victory” has appeared on the Armenian market, which is advertised as an effective solution against the delta strain of COVID-19. Although the advertisement gives the impression that “Aramax” cures COVID, the drug has not passed clinical trials and is a food supplement, not a medicine. While it is registered in Armenia and the EEU countries, the Ministry of Health does not use Aramax for the treatment of infected people. Get acquainted with the topic in more detail in this media.am article.