On May 3, a photo was spread on the Internet, in which construction work on the Holy Savior Ghazanchetsots Church in Shushi could be seen. The dome of the church was missing.

Along with the posts condemning such “renovation” works, rumors spread on social networks that the church in the picture is not Ghazanchetsots. Thus, a user named Hayk Toroyan claimed that “there is no such church and mountain in the city of Shushi” (see in the comments to the post).

Toroyan’s post was shared more than 100 times. More than 300 users liked the post (as of May 4, 16:20). His evidence, however, is wrong. The picture shows the Ghazanchetsots Church, which can be seen by studying the photos on Google Maps and other open sources.

The same church from different sides

To prove his words, a user named Hayk Toroyan compared the photo that was being spread with another photo of Ghazanchetsots. However, this comparison was wrong because they were taken from different angles. In one photo the western facade of the church is being shown, in the other – the eastern one. 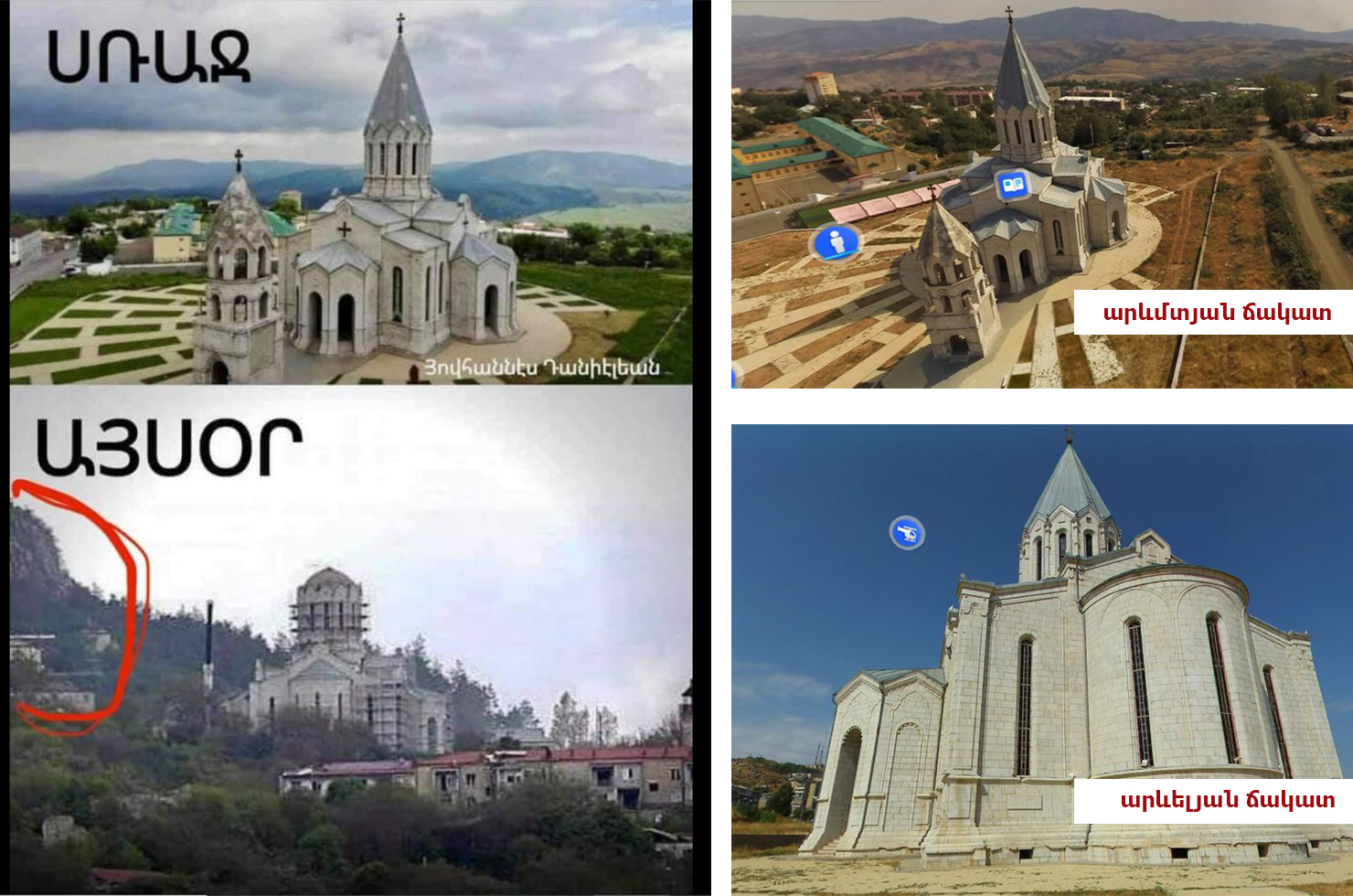 If the user looked at the church from the correct side, he would not be surprised to see two towers in the new photo. The towers are in place, they can be seen from the eastern front of Ghazanchetsots.

In the comments of Toroyan’s post, a user named Armine Martirosyan posted a photo from the same position, writing that she took the picture on May 3. The photo shows both the towers and the missing dome.

Thus, the photo of the “renovated” church really shows the Ghazanchetsots temple, but not its main western facade, but the eastern facade, from “behind.”

During the Second Artsakh War, Azerbaijan bombed Ghazanchetsots. The main dome of the church and the southern part of the roof were damaged. 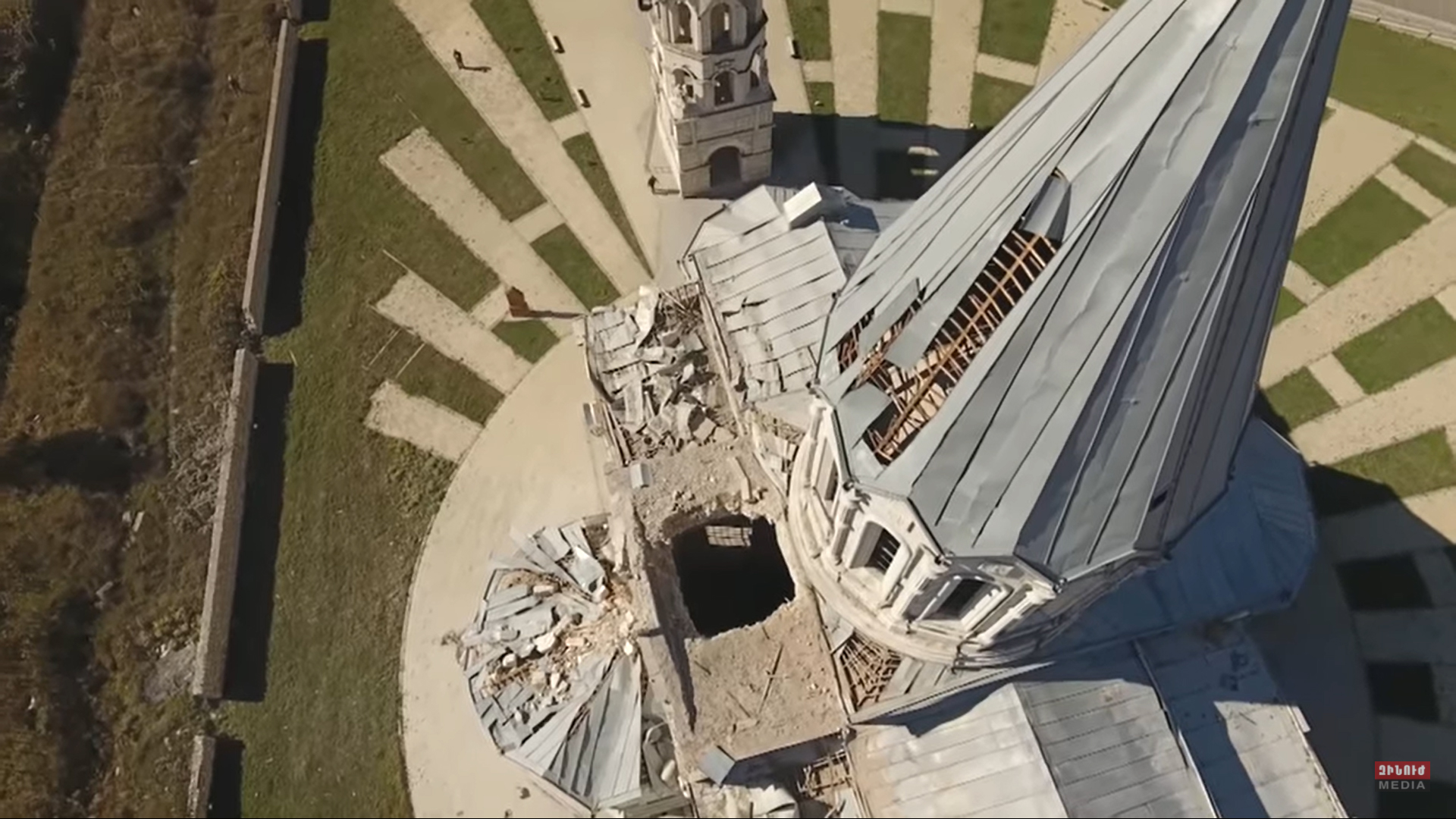 Image: Zinuzh MediaThe RA Ministry of Foreign Affairs condemned the construction work started by Azerbaijan and stressed that “there are many precedents of the destruction of Armenian places of worship and monuments and precedents of justifying such actions.” The statement from the Foreign Ministry said that Azerbaijan was deliberately blocking the entry of UNESCO experts to endangered Armenian cultural heritage sites.