Either Good Things Or Nothing About Incidents At The Border 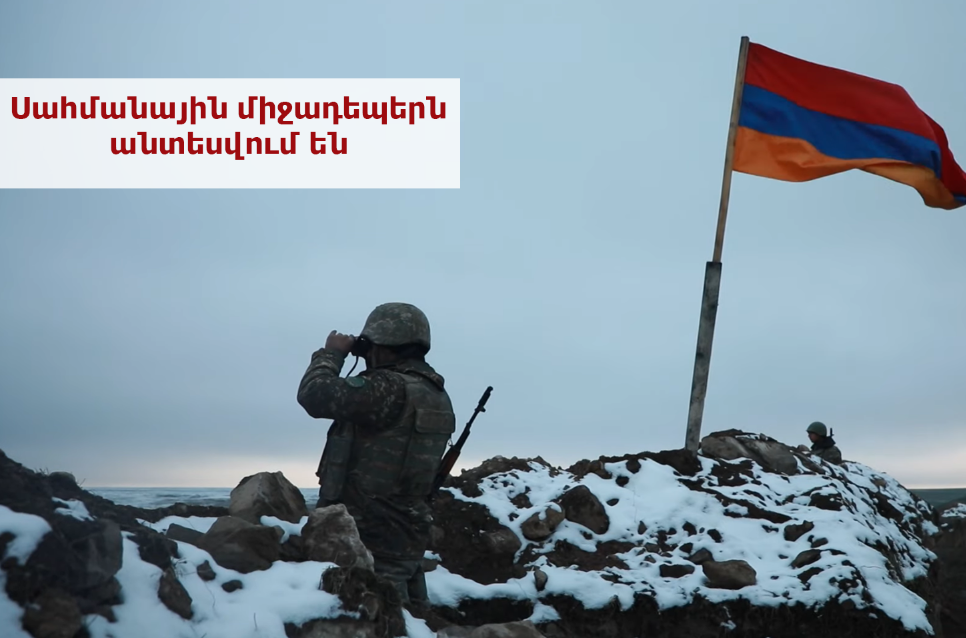 During the last two months, a number of incidents were registered on the Armenian-Azerbaijani and Artsakh-Azerbaijani borders, which were not included in the official reports of the RA Ministry of Defense and the Russian peacekeeping contingent.

On April 6, for example, on the Kapan-Yerevan road, the Azerbaijani military threw stones at a car with an Armenian license plate. This was reported by ArmDaily.am. Kapan Mayor Gevorg Parsyan confirmed the news, adding that the incident took place on the Davit Bek-Shurnukh road heading towards Kapan.

This was not mentioned in the press releases of the RA Ministry of Defense, which summarize the operative tactical situation on the Armenian-Azerbaijani contact line and the situation on the Vorotan-Davit Bek section of the Goris-Kapan interstate highway. Interestingly, the message for that day (April 6) simply does not exist, while the messages for the previous and following days have been published.

On the same day, the Russian Wargonzo reported that 4 Azerbaijani servicemen bypassed the peacekeepers’ base near Shushi and went out to the highway leading to Stepanakert near the monument with a tank. The photo of the signs on which the soldiers had spray-painted was published. 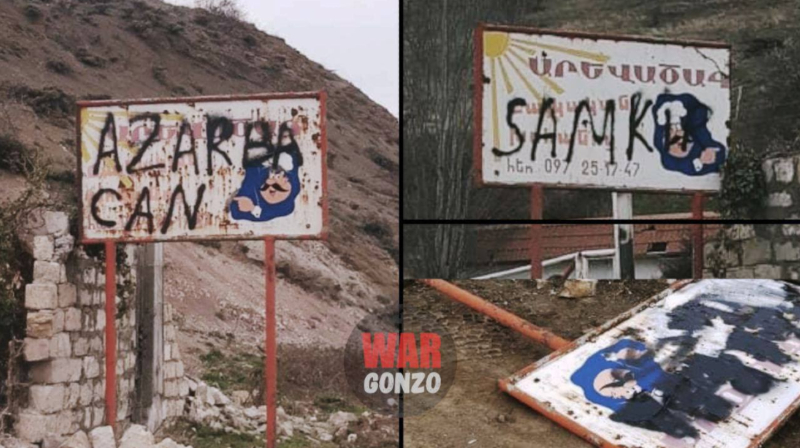 There was no mention of this incident in the April 6 bulletin about the activities of the Russian peacekeeping contingent.

On March 25, an incident took place in the area of Karmir village of Artsakh’s Askeran region, on the way to the Red Market. Stones were thrown at the Armenian cars from the Azerbaijani cars accompanied by the peacekeeping forces. This news was confirmed by Hunan Tadevosyan, Head of the Information and Public Relations Department of the Ministry of Internal Affairs of the Artsakh Republic. 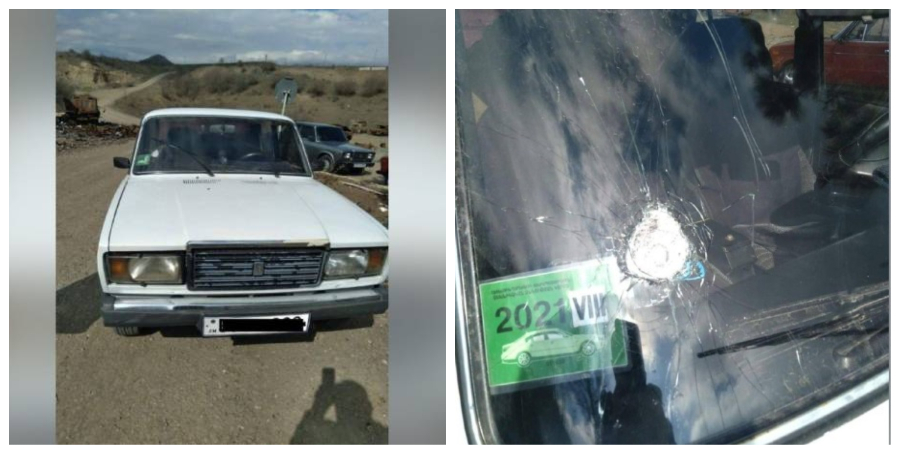 The March 25 bulletin on the activities of the Russian peacekeeping contingent does not mention anything about this incident. Moreover, according to it, the peacekeeping military group ensured the safe movement of citizens.

Another incident was registered on March 28. The Azerbaijanis threw stones at and broke the glass of the car transporting the bodies of the killed servicemen from Stepanakert to the Goris morgue.

This incident did not appear in the final bulletins of the Russian peacekeepers. The next day’s (March 29) bulletin also only spoke about maintaining the ceasefire and the safe movement of citizens.

On April 11, it became known that the Azerbaijanis fired at the villagers working in the fields of the village of Sarushen in Artsakh. Artsakh MP Metakse Hakobyan spoke to news.am about this. The incident took place on April 7. The news was confirmed by Hunan Tadevosyan. Vitali Sarukhanyan, a resident of Sarushen, whose tractor was damaged by the shooting, said, “The incident took place on April 7, at around 9:40 am. At that time we were working in the field, we were busy sowing, and they started firing from a nearby village under Azerbaijani control. At first, they fired from an assault rifle, but because the distance was too long, it wasn’t helping, so they started firing from a light machine gun. The tractor glass was broken, I have already repaired it.”

There was no mention of this incident in the bulletin of the peacekeeping military group.

The trilateral document signed on November 9, 2020, states that a peacekeeping force of the Russian Federation is stationed in Nagorno Karabakh along the line of contact and along the Lachin corridor.