Blue Whale: An Urban Legend Or A Real Threat? 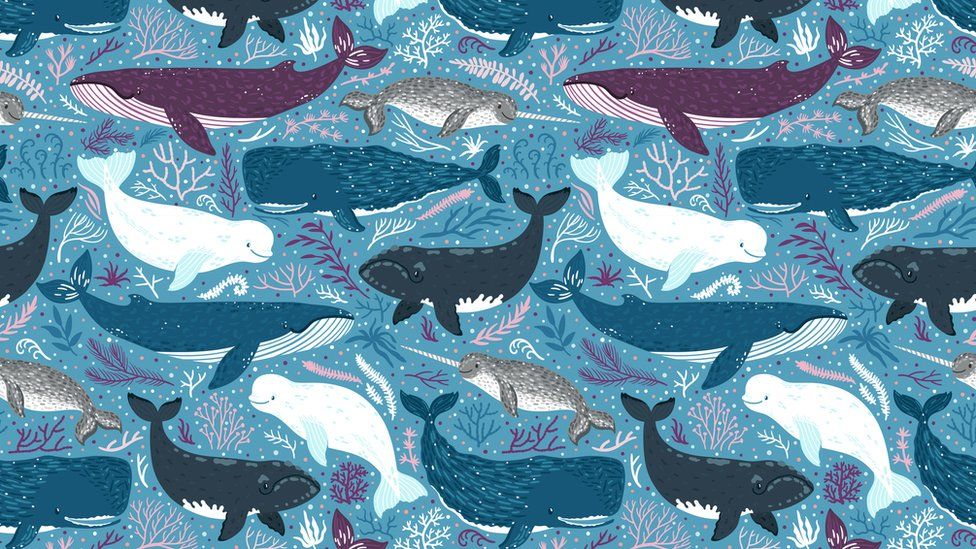 On January 29, the police announced that 15-year-old Hrachya Nersisyan had disappeared. Two days later, the Investigative Committee reported that the missing minor boy was found hanging from a tree with a piece of rope under the Kievan Bridge.

Already on February 2, the “cause” of the boy’s alleged suicide appeared in the media field, citing a post in the Telegram channel Mediaport, a number of media outlets wrote that the cause of Hrachya Nersisyan’s death was the computer game “Blue Whale” («Синий кит»).  The information was reprinted by mamul.am, hayeli.am, 168.am, live24.am, auroranews.am (deleted the post), FASTIFO and other websites. The news was also widely spread on various Facebook groups and pages. There were people who called on parents to forbid their children to play that game.

The case of Hrachya Nersisyan’s alleged suicide is being investigated by the Investigative Committee, whose spokeswoman Rima Yeganyan told us that a preliminary investigation is underway to find out the circumstances. To the question of whether the law enforcement structure registered any case of suicide among teenagers in connection with the “Blue Whale” or any other internet game, Rima Yeganyan answered, no, there was no such case.

It turns out that there is no fact that Hrachya Nersisyan’s alleged suicide is connected with an internet game. Despite that, on February 2, the media field discussed the widespread “Blue Whale” game in Armenia and presented details about the game.

When did the discussions about “Blue Whale” start?

The game called “Blue Whale” is not an application to be downloaded, nor a classic internet game. It operates in Internet groups (particularly on VKontakte/ВКонтакте) exclusively by mutual consent of two persons. Some people confuse this game with the game of the same name in the Google Play Store, which has nothing to do with the real “Blue Whale.”

The game was first talked about in 2016 by the Russian “Новая Газета” media outlet, which conducted a study and wrote that in 2015-2016. In Russia, 130 children committed suicide because of the “Blue Whale” game. The children were members of the same group in VKontakte, but the media outlet did not provide enough evidence to show the reasons for the suicide and the affiliation of that group.

Surveys by Snopes.com, Radio Liberty and other media outlets have shown that no direct link has been found between those who committed suicide and the direct impact of the game.

It is true that many of the teenagers were in the same group on the social network, where they exchanged suicidal thoughts, but its direct impact on any child was not revealed.

Neither journalists nor law enforcement officers were able to find out the real reason for each of the children committing suicide. According to a BBC study, it is more accurate to say that such internet groups are attractive to children with suicidal tendencies and stress, and this may be the reason why many of the suicides were also members of these groups.

The rules of the “Blue Whale”

There are several versions of the choice of the name “Blue Whale.” Many associate it with the song “Lumen,” which symbolizes alienation and loneliness. We get acquainted with the rules of the “Blue Whale” in more detail from the investigation of the journalist of the Russian service of Radio Liberty station. The latter participated in this game spread on VKontakte with a fake page. As a 15-year-old girl, the journalist started corresponding with the group coordinator.

Excerpt from the dialogue:

“Are you sure?” “There is no way back,” the coordinator wrote.

“Yes, but what do you mean there is no way back?” the journalist asked.

“You cannot leave the game if you start,” the coordinator replied.

After the journalist’s consent, the coordinator explained the conditions. “You will do the assignments and no one should know about it. When you have completed the assignment, you will send a photo, and at the end of the game, you will die. Are you ready?” To the question of what will happen if the participant wants to leave the game, the coordinator answered, “I have all the information about you. They will come after you.”

It is mentioned that the first task was to tattoo “F58” on the hand. Another coordinator explained that the game consists of 50 tasks. The last, 50th assignment is the participant’s suicide. Only then will it be possible to win the game. The first assignment was sent at 4:20 in the morning, after which the pages of both coordinators were blocked.

The first hashtags of the game appeared in 2015: #синийкит, #F57, #тихийдом, #Морекитов #Разбудименяв4:20 etc. The publication of such hashtags on VKontakte assumed that the game coordinator would contact the participant, giving the above-mentioned 50 instructions. Many associate this number with the book “50 Days Before My Suicide.” You can get acquainted with the list of questions here.

Who are the culprits?

In November 2016, 21-year-old Philipp Budeikin was arrested in this case. He was accused of organizing discussions promoting suicide among minors on VKontakte in April-May 2016. About 10 members and administrators of the group testified against Budeikin. As a result, he was sentenced to 3 years and 6 months in prison. 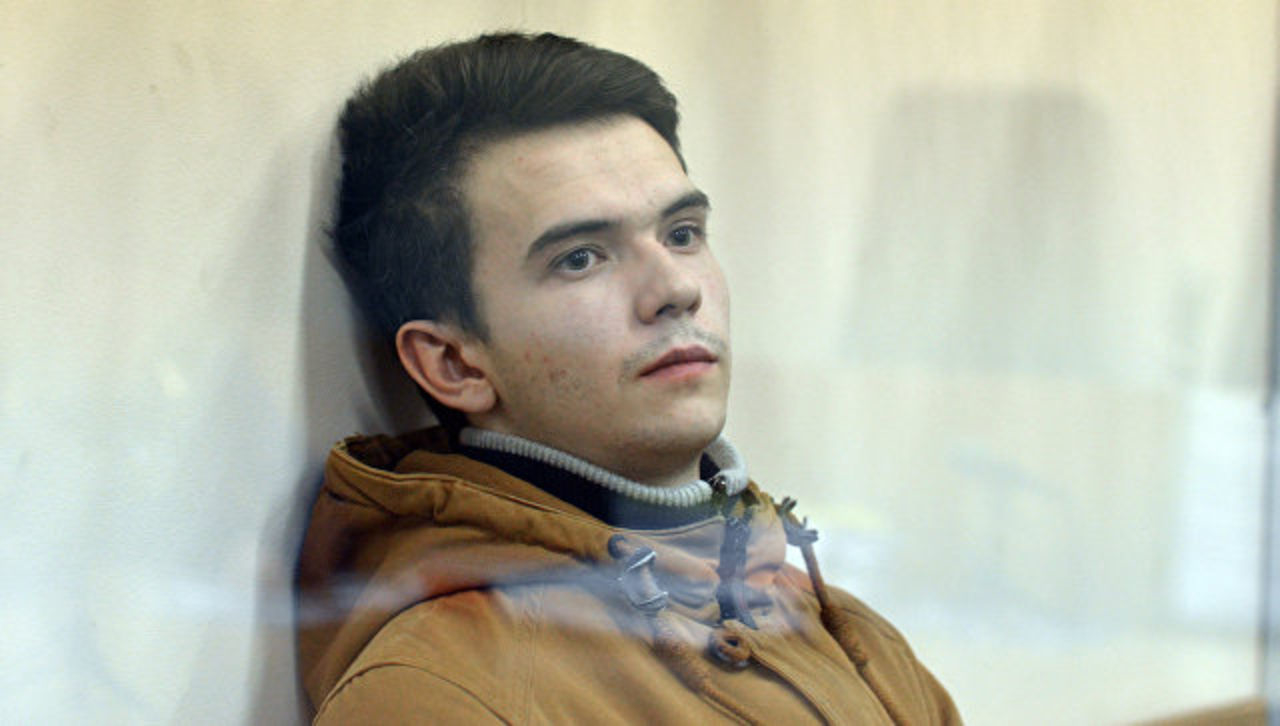 Budeikin was initially accused of inciting the suicide of 15 minors, but those charges were later dropped due to lack of evidence. Budeikin’s lawyer confirmed that his client had been charged with only one episode. By the way, after his arrest, the suicides among teenagers did not stop, and the hashtags of the game continued to remain active.

In one of his testimonies, Budeikin stated that the purpose of making suicide statements in groups was to gain the sympathy of teenagers and to have as many followers as possible to advertise their own music (Budeikin is a sound director).

The return of the “Blue Whale”

They started talking about the “Blue Whale” game again in 2017. Some studies have shown that interest in the game has increased in February. At the same time, they started sounding an alarm about the problem in other places. For example, the law enforcement agencies of North Ossetia announced the arrest of 4 coordinators of the “death group,” 2 of whom were minors. The reason for the arrest was that they had sent a game invitation to their friends. In other words, it was not possible to prove that they have anything to do with the creation nor coordination of the game.

Alexandra Arkhipova, a professor at the Russian State University for the Humanities, and her colleagues studied various Internet groups related to the Blue Whale. Their study showed that in most of the groups the coordinators were children aged 12-14, who could not manipulate adults in correspondence. According to the professor, before the publication of “Новая Газета” the problem of “Blue Whale” did not exist. All the coordinators who met Arkhipova repeated step by step the actions and wrote the words that were spread in the media by the media.

The real problem is more complicated

Russia is one of the leaders in the world in the number of teenage suicides. According to the Russian Investigative Committee, 2,205 children committed suicide in Russia in 2015-2017, 720 of them in 2016. It is difficult to say what percentage of suicides were due to that internet game because in many cases the cause of death of teenagers has not been revealed.

Even if the issue of the “Blue Whale” was mythologized during the publication of “Новая Газета,” later due to the game’s subsequent coverage and “sensational” materials, it became a real problem, as different people began to use this legend and created different similar groups. The study showed that there were indeed groups promoting suicidal ideation on social networks, where teenagers exchanged thoughts about suicide, shared memes about the Blue Whale, but it is wrong to attribute such a large number of suicides only to the presence of these groups.

According to information security expert Samvel Martirosyan, the wave around the game is the second in Armenia, the first was a few years ago. According to the expert, the first wave was followed by an increase in children’s interest in such “games” in the Armenian domain of social networks. Martirosyan remembers that at that time the children were trying to look for and get involved in any such “game,” and he feared that this second wave of noise would further increase the children’s interest.

In 2019, Aravot.am talked to a teenager who was obsessed with games. At the request of the interlocutor, the media outlet did not publish the name. The teenager said that he learned about the game from Facebook, and since the game was banned, he was interested and decided to try it. The teenager also mentioned that the game had a negative effect on him, he was aggressive and he was able to give it up only due to his willpower.

Media.am sent a request to the RA Police to get full information about the impact of the “Blue Whale” on Armenian society and possible suicides among teenagers. As soon as you receive the answer, it will be added to this post.