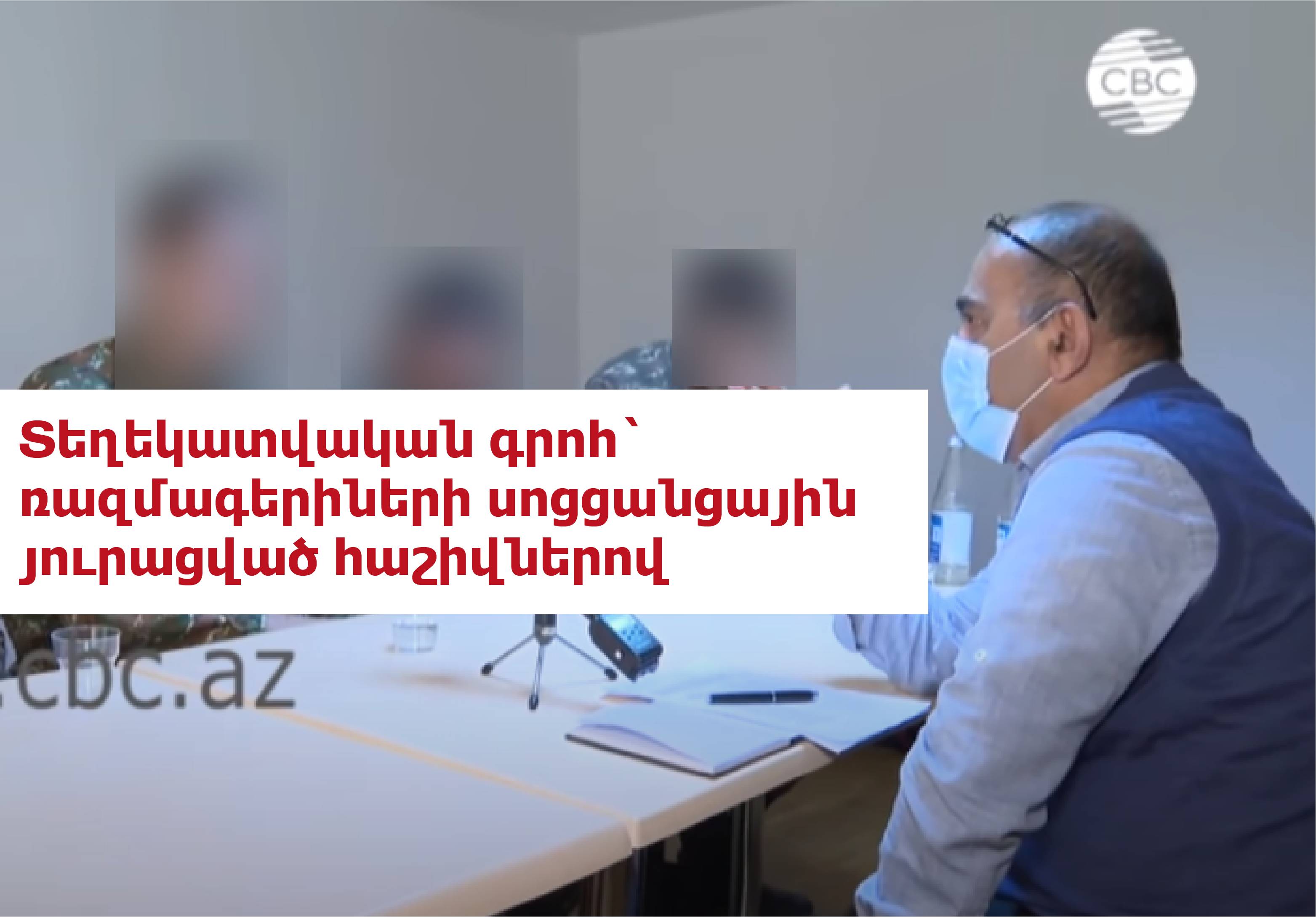 The Human Rights Defender of Armenia shared information on November 3 that objective evidence had been obtained that the social media accounts of the captives of the Armenian side have been illegally seized in Azerbaijan. From these pages, they spread materials that provoke hatred, internal enmity, tension, panic and anxiety.

Posts from Azerbaijani IP addresses under these accounts used were published as evidence. The ombudsman’s statement said that “extreme caution should be exercised when using or disseminating material shared on social networks” even if we personally know the user of the page.

Media.am decided to follow in the footsteps of the ombudsman’s statement.

As of November 5, according to the Investigative Committee of Armenia, 21 Armenian prisoners of war are now in Azerbaijan (information on another 2 people is being verified).

We managed to find the accounts of some of them. After studying them, we can add the following to the ombudsman’s message:

Through them, the extensive conversation of the Azerbaijani CBC TV channel with some of the prisoners of war was spread.

Who are the owners of CBC Azerbaijan?

CBC Azerbaijan TV creates content in several languages, including Armenian. It is presented as the first international TV channel in Azerbaijan. And although it is said that “they present facts, people make conclusions,” but the cases of state anti-Armenian propaganda on the channel outnumber the facts.

The “SOCAR Media Public Union” NGO bought the TV company and renamed it CBC (Caspian Broadcasting Company) in 2013. This NGO is founded by SOCAR, the State Oil Company of Azerbaijan, the profits of which are also used by Aliyev’s family and close circle.

Information attack with the participation of prisoners of war

In the CBC interview, the prisoners of war are neatly dressed (in Armenian Armed Forces uniform) and shaved. The interviewer pours water for them. Gives them the opportunity to speak in Armenian.

In the 45-minute video, which has more than 981 thousand views (as of 6:00 PM on November 6), the prisoners of war say that despite the stereotypes, Azerbaijan treats prisoners of war with respect and do not humiliate them. The journalist asks to emphasize that if others surrender, they will not be treated “like a beast.” Or that they can just drop their weapons and go home.

They are asked internal political questions about the authorities, whether Armenia is pro-Russian or pro-Western.

The boys say they only want peace. They appeal to the Prime Minister of Armenia that we do not need this fight, we need peace, and for that, we must take a step to stop all this. There is no chance to win.

At the end of the soft and seemingly sincere conversation, the interviewer quotes the words of the President of Azerbaijan that the war will end in case of withdrawal of Armenian forces from Artsakh.

The video ends with footage of Azeri UAV attacking Armenian forces with the Russian text that these captured boys, fighting in Karabakh, realized that they had been deceived and forced to fight for land that was not theirs.

These are the same captives who, a few days before this interview, under the control of the Azerbaijani military, were forced to say in Russian “Karabakh is Azerbaijan.”

In all the spread videos, the Armenian prisoners of war in Azerbaijan from the second Karabakh war are forced to say this phrase.

Verified content, testimonies and recorded data prove that prisoners are mistreated in Azerbaijan

The materials that supposedly break the stereotypical bad attitude of Azerbaijanis towards Armenians are counterbalanced by facts.

? On October 15, two videos of the humiliation and murder of two Armenian prisoners of war appeared on Azerbaijani Telegram channels. Later, the material was removed from some channels, instead, the Ministry of Defense of the country spread an announcement that they had nothing to do with those videos and that it was staged by Armenians. The open-source investigation of three international platforms (DFRLab, Bellingcat, BBC) proved the opposite.

? The civilian who had repatriated to Armenia on October 29 spoke about the attitude and torture of Azerbaijan towards her and Armenian prisoners of war. The other elderly citizen, whose repatriation was delayed due to his health condition, died the next day in Azerbaijan.

The data we collected on the repatriations in 2001-2019 prove that two people from the Armenian side died in the Azerbaijani prison during these years.

? Many other videos of torturing bodies and killing prisoners are appearing online. According to the Ombudsman of Armenia, they are sent to Armenian pages and private users from Azerbaijani sources.

? Other videos released with the participation of prisoners of war legitimize the narratives regarding Turkish-Azerbaijani propaganda. For example, Kurdish mercenaries are fighting on the Armenian side, for which there is no proof.

On the previously known cases of using prisoners of war for propaganda, Artsakh ombudsman Artak Beglaryan said, “It is obvious that they are using pressure on the prisoners of war, most likely both physically and psychologically, to use them in the context of presenting the narratives of the Azerbaijani propaganda, which is strictly unacceptable, it violates the provisions of the Geneva Conventions.”

In order to protect the personal data of the captives so as not to harm them, media.am did not publish evidence identifying the persons of the verified content, photos, videos with the participation of prisoners of war. In this regard, we apologize to the readers and thank them for understanding.