October 1-15: False and Refuted News About The Artsakh War

The Armenian-Azerbaijani war is not only taking place in Artsakh but also in the information sphere. Media.am singled out the false or unverified information spread about the war in the first half of October.

Azerbaijan’s accusations against Armenia are often exact copies. They either repeat the Armenian statements made earlier or accuse the Armenian side of committing the same act.

📌 When it became clear that Stepanakert was being bombed with banned cluster bombs, Ilham Aliyev’s foreign affairs adviser, Hikmet Hajiyev, announced that Armenians were also using them. The photo he published, however, seemed suspicious to military experts.

📌 After bombing the Ghazanchetsots Church in Shushi twice, the Azerbaijani press assumed that the Armenian side had attacked the church itself. But days later, President Ilham Aliyev announced that bombing the same spot twice on the same day could have been the result of a mistake.

📌 Azerbaijan stated that Turkey did not attack the Armenian Su-25 planes, they exploded on their own, by crashing in the mountains.

During the war, many fake accounts of officials and media outlets became active on social networks. A fake page posing as the “Hraparak” newspaper appeared on Instagram, while on Facebook, one of the Public Television Company appeared.

Media.am also collected the fake pages acting on behalf of the former and current spokesmen of the Ministry of Defense Artsrun Hovhannisyan, Shushan Stepanyan, and the commander of the Artsakh Defense Army Jalal Harutyunyan.

The information war on social networks is not limited to this. On October 6-7, a new trending hashtag appeared on Twitter: #DontBelieveArmenia. Media.am studied this trend and the opinions of various researchers. It turned out that many of the accounts that use it have been created recently, and are distributing similar content.

However, it cannot be claimed that all these accounts are automated: both Azeri and Armenian real users show systematic behavior by sharing the same posts and comments or performing the same actions (liking, sharing, etc.).

There are no reports of protests in Azerbaijan

The Armenian press has recently spread information that there are large-scale demonstrations in Azerbaijan. 1in.am, referring to infoteka24.ru, wrote that after the real scale of the losses on the battlefield became clear, “anti-government demonstrations are maturing in Baku,” and there are already thousands of demonstrations in other cities. The same news was spread by norlur.am, evnnews.com and other Armenian websites.

Such information was also spread by singer Serj Tankian.

The demonstration photo published by the press was old, it was published on the Internet back in 2014. Aside from Armenian websites, which do not cite any international sources about the protests in Azerbaijan, no news about them exist.

On the Internet, Armenians and Azeris are urged to transfer money to the same account

To avoid fraud, the funds should be transferred to trusted foundations, such as the Hayastan All-Armenian Fund and the Servicemen Insurance Fund.

The Azerbaijani press showed a video about an Armenian woman 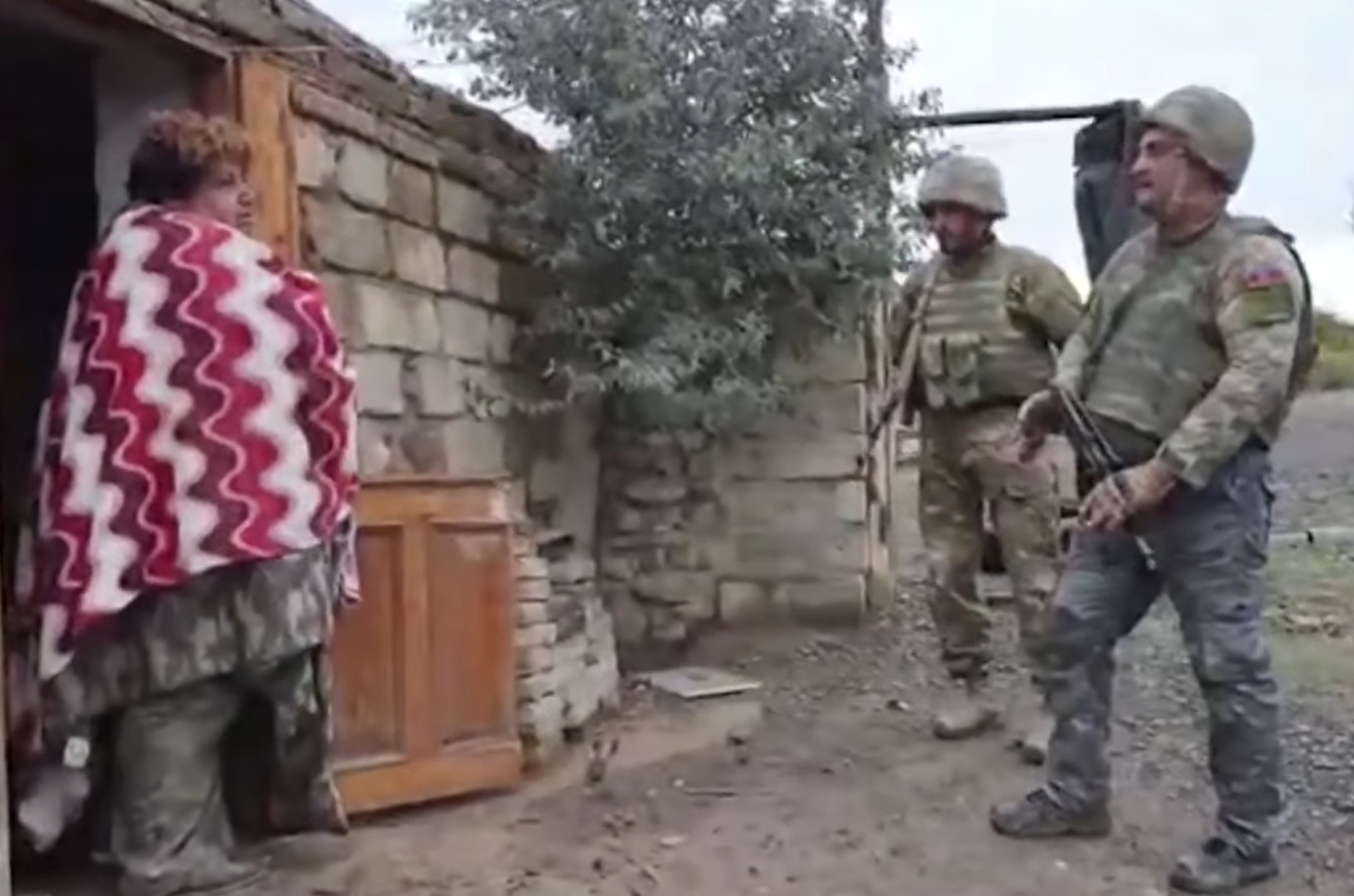 Soon, however, it turned out that “Azniv Baghdasaryan” is most likely a fictional character. The Ministry of Defense of Armenia released a video in which it was alleged that one of the soldiers approaching Mrs. Baghdasaryan was the host of the Azerbaijani Xezer TV channel.

📌 On October 15, some Armenian websites wrote that Turkish President Recep Tayyip Erdogan’s condition had deteriorated sharply. The news was not new․ In 2017, Erdogan had fainted while praying in a mosque.

📌 On October 16, the City Council of Milan recognized the independence of Artsakh. On the same day, the news was spread on Twitter on the website of the Armenian National Committee of America that the US state of Hawaii had recognized Artsakh’s independence. However, the news was old, it had been published back in 2016.

📌 A video of the Armenian side allegedly hitting Mingachevir had also been spread on Azerbaijani social networks. The video was from 2018.

📌 On October 10, Artsrun Hovhannisyan wrote that the Azerbaijani side had hit the city of Kapan. The information was spread in the press, but soon Hovhannisyan published a correction: the blow was not inflicted on Kapan, but on the nearby village of Artsvanik.