Mingachevir and Ganja: Fake Visuals and Lack of Trust 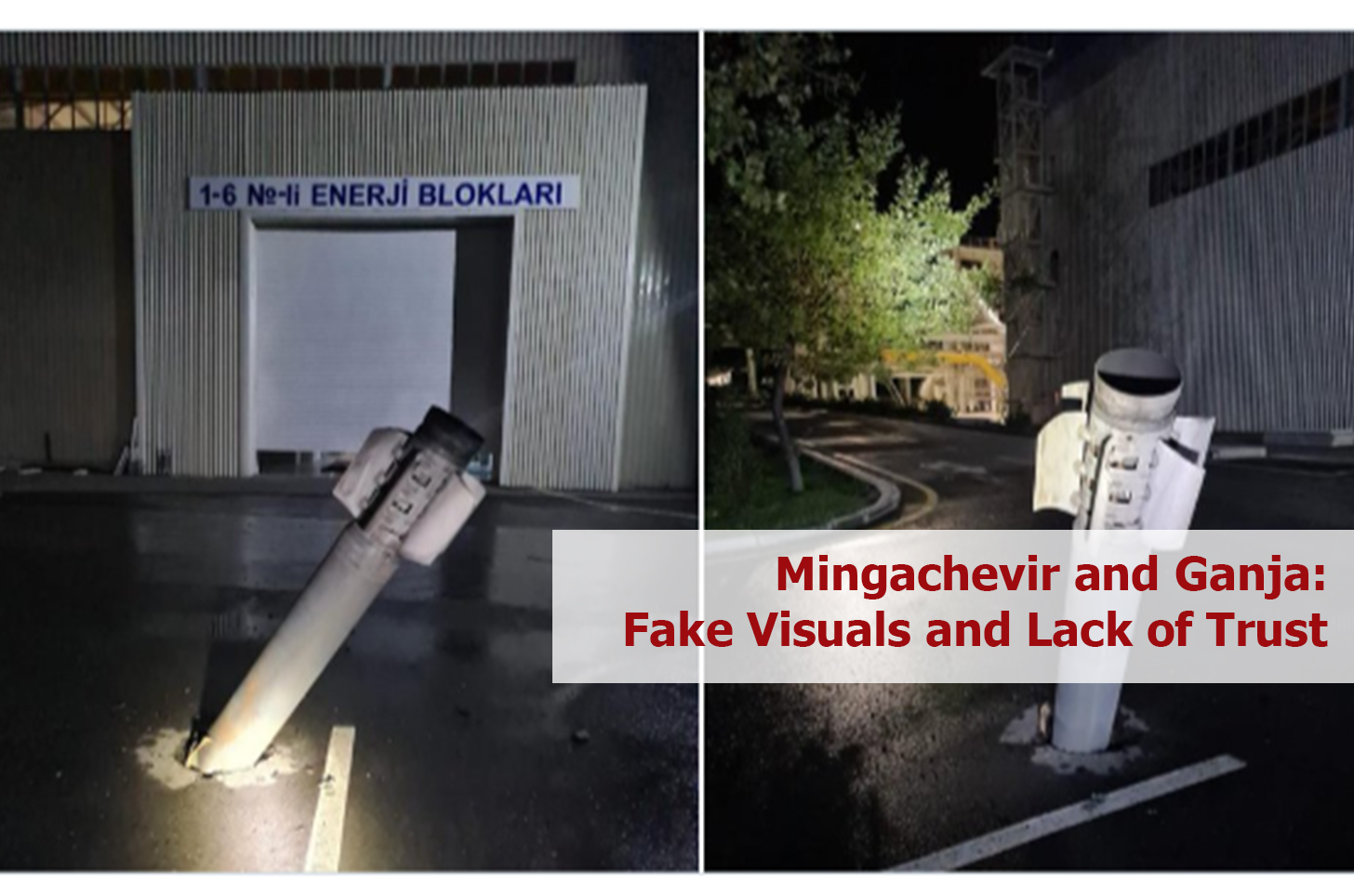 When the first official photos of what Azerbaijan claimed as being an unexploded missile in Mingachevir came, Armenian social media widely regarded them fake. There were, indeed, fake visuals being spread after the attack on the Ganja city military base and the alleged attack on Mingachevir HPP. But in the case of evidence from official Baku, there is not enough data to claim it’s fake.

On October 4, Azerbaijan claimed that Armenia had attacked one of the country’s most important civilian infrastructure, Mingachevir. The site is both a hydropower plant and an electric plant. Azerbaijan accused Armenia of hitting the electric plant with Tochka-U missiles. The Armenian MoD denied this.

Soon, President Aliyev’s foreign affairs aide Hikmet Hajiyev published photos as proof of the attack. But the photos showed an unexploded Smerch missile instead of a Tochka-U, as it was claimed initially.

Some analysts indeed claimed that the photo might be staged because of certain inconsistencies: a wooden stick supporting the missile is seen; the missile is right in front of a door with a brand new-looking sign “Enerji bloklari” (“Power blocks”); the asphalt around the missile is almost not cracked.

While not all of these claims can be verified, videos and photos from the ground published later show no wooden stick supporting the missile: it is likely a piece of metal . Therefore, there is not enough data to support the claim about the visuals being staged.

Soon after the announcement by Azerbaijan, a video started circulating on social media with claims that it shows the Azerbaijan air defense system hitting an Armenian Tochka-U near Mingachevir.

On July 16, during a clash between Armenia and Azerbaijan, the Ministry of Defense of Azerbaijan announced that their “advanced missile systems are able to precisely hit the Metsamor nuclear power plant” in Armenia.

According to the Azerbaijani side, this threat was a response to the statements made in Armenia about threats to damage the Mingachevir hydroelectric power plant. But no official source in Armenia has made such a statement.

Instead, such a claim was made two weeks earlier by Vagharshak Harutyunyan, who led the Armenian Ministry of Defense for one year in 1999-2000. The former official said that Armenians have weapons that can hit Mingachevir. His claim was based on a secret report of a Russian general made in the 1990s. Media.am failed to confirm the existence of that report.

Fake visuals also circulate on Armenian social media. After Armenia announced it hit a military base in Azerbaijan’s second-largest city, Ganja, a misleading photo of an airport was posted by journalist Artak Aleksanyan. “Ganja’s airport was destroyed,” Aleksanyan wrote, sharing a picture of Lankaran airport. Lankaran is nearly 400 km away from Ganja.