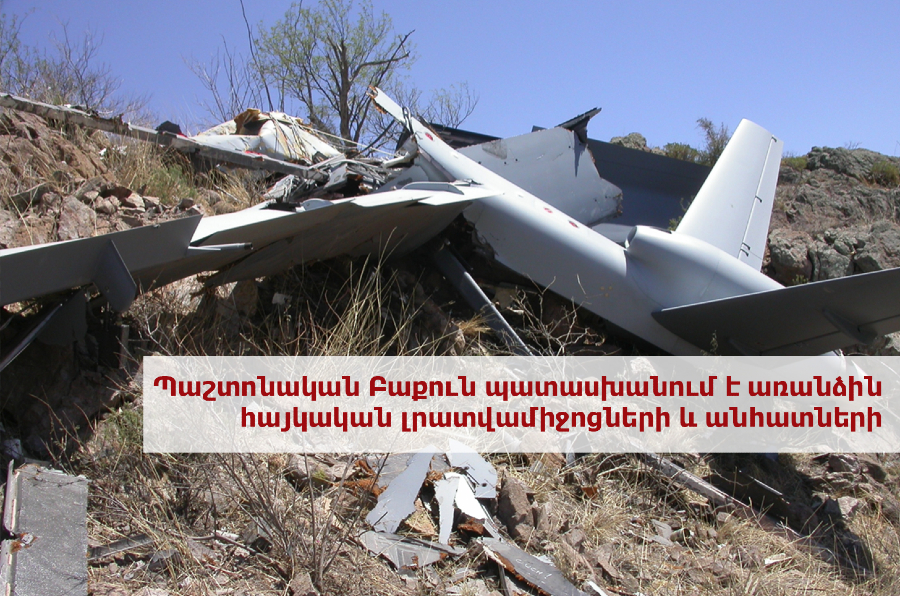 Quoting the publication of a wrong photo by Public Radio, Azerbaijan accused Armenia of making false statements. Moreover, according to official Baku, against the background of the Armenian-Azerbaijani border clashes since July 12, the threat to strike the Metsamor nuclear power plant was a response to the words of the RA Minister of Defense, who took office about 20 years ago.

On July 13, journalist Siranush Ghazanchyan published an article on Armenian Public Radio’s website about the loss of a possible unmanned aerial vehicle (UAV) by Azerbaijan.

The article was accompanied by a photo of the damaged UAV, which had nothing to do with Armenia or Azerbaijan. It was taken years ago in Afghanistan. Here you can see the archived version of the Armradio.am article with the photo that has been circulating on the Internet since at least 2013. 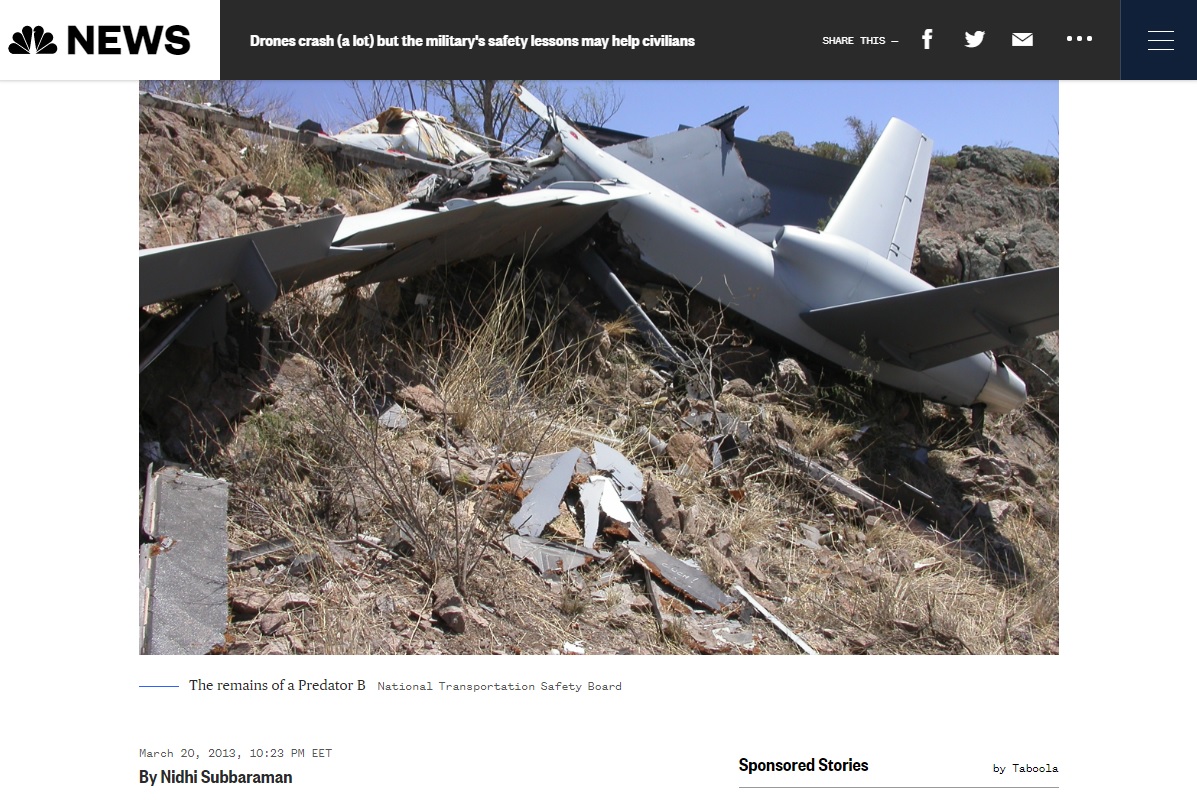 The Azerbaijani side found out that the photo was wrong. The spokesman of the Ministry of Defense of Azerbaijan Vagif Dargyahli presented this fact as proof that the Armenian side is lying about compromising 13 Azerbaijani UAVs.

Soon Armradio.am changed the photo of the article. There is no mention of the change in the article.

In other words, in the article on the damage of the Azerbaijani Hermes 900 UAV, Public Radio used an old photo taken from the Internet, which has nothing to do with the event. The Azerbaijani side paid attention to this publication, after which Baku accused Armenia of spreading false information about the damaged UAV.

The article on Public Radio was not the only case when the Azerbaijani side made official statements based on unofficial Armenian sources.

On July 16, the Ministry of Defense of Azerbaijan announced that their “advance missile systems are able to precisely hit Metsamor nuclear power plant.” According to the Azerbaijani side, this threat was a response to the statements made in Armenia about the damage to the Mingechaur hydroelectric power plant.

However, no official source in Armenia has made such a statement. Instead, Vagharshak Harutyunyan spoke about the damage to the Mingachevir hydroelectric power plant on July 2 (before the start of the Armenian-Azerbaijani border clashes in Tavush). He was the Minister of Defense of Armenia. 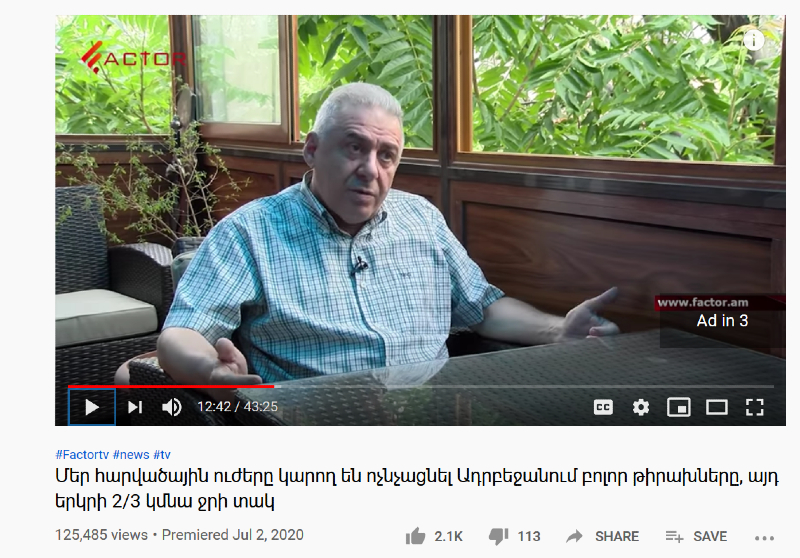 In an interview with Factor TV, Harutyunyan quoted Russian General NK Rokhlin as saying that “if the Armenian side uses the SCUD complex, with the Mingachevir reservoir as a target, 2/3 of Azerbaijan will be left underwater.”

There is information on the Internet that in the 1990s Rokhlin spoke about the armament of Armenia at a closed session of the State Duma. Media.am, however, failed to find the source of the words quoted by Harutyunyan.

The words about hitting Metsamor, which were referred to by the Ministry of Defense of Azerbaijan, were uttered during the interview of Vagharshak Harutyunyan, who took office about 20 years ago, which was given by the latter in 2020 on July 2.