A Girl Did Not Go Blind From Gardasil, And An Order To Vaccinate Teachers Isn’t Possible

Gardasil, the vaccine which suffers the most from propaganda attacks, appeared in the center of disinformation again yesterday. Dozens of media outlets spread false information that “an underage girl went blind in Yerevan after being vaccinated with Gardasil.”

The first piece of information about going “blind” from Gardasil was published by the website pastinfo.am. According to it, the resident of Yerevan, born in 2003, was taken to hospital with symptoms of blindness “after being vaccinated with Gardasil.” Pastinfo called the girl “a victim of the vaccine.”

The article was based entirely on the words of an anonymous source, which provided no other justification for the assertion made in the title. The website contacted the hospital staff, but the doctors mentioned in the article did not mention vaccinations or Gardasil.

During the evening news program, before talking about the main topics of the program, “a sad piece of news” was announced by Armnews TV host Abraham Gasparyan, repeating without checking the information spread by “Pastinfo” about the girl who was allegedly blinded by the Gardasil vaccine. “The girl is blind, ATTENTION, immediately after receiving the Gardasil vaccine,” Gasparyan quoted “Pastinfo” on the air.

The Ministry of Health and the hospital denied it

On the evening of the same day, “Surb Astvatsamayr” Medical Center and The Ministry of Health denied the information, noting that the spread rumors have no medical justification.

Moreover, no blindness was found in the child. According to the announcement of the Ministry of Health, the ophthalmologist had diagnosed a problem of visual acuity, which can be corrected by wearing glasses.

Some media outlets began to republish the denial of false information, concluding another chain of misinformation about vaccines. 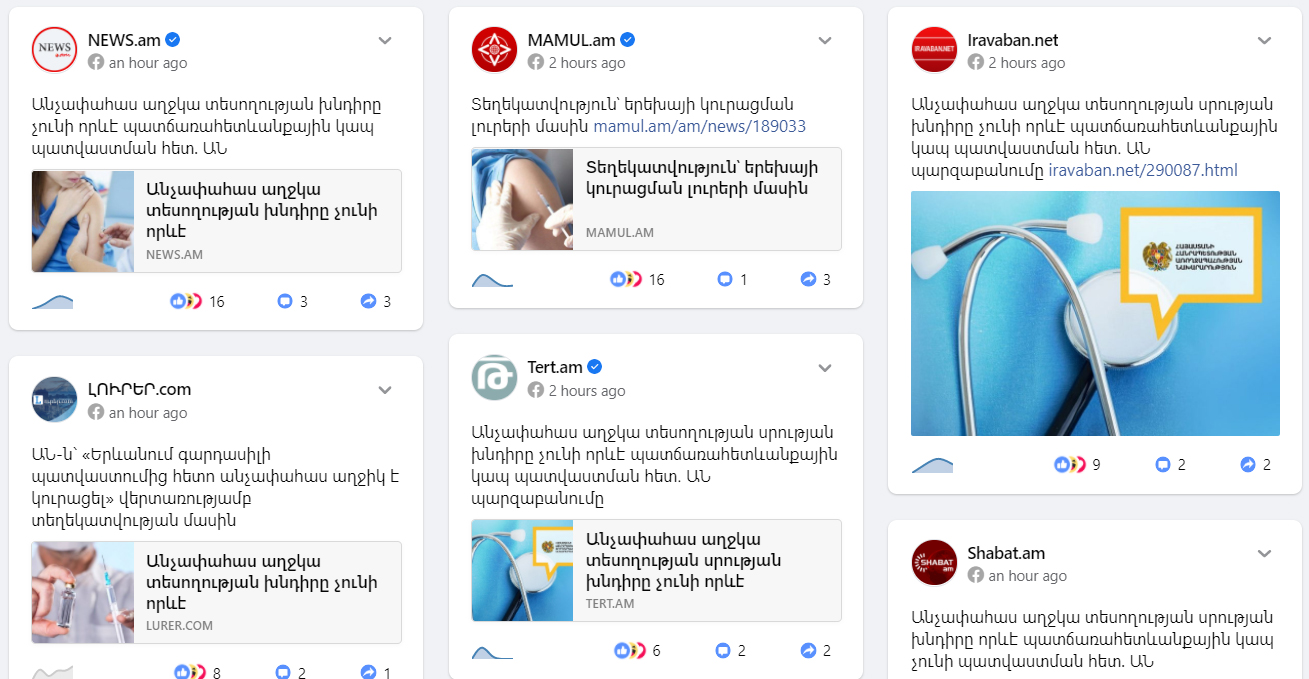 The published articles about the girl who was blinded by the Gardasil vaccine, however, were not edited, were not supplemented, and continue to remain on news sites.

The news of “blindness” on September 17 was not the only misinformation spread about the vaccinations.

The mysterious Facebook User “Anna Petrosyan” wrote that the Minister of Education and Science Arayik Harutyunyan ordered that all the teachers and students in all the schools should be persuaded and then forced to get tested by the end of October, and then vaccinated.

This post was shared 813 times. The text was reprinted in the same way by bavnews.am and the mushroom website armblog.info.

But it’s hard to call this Facebook page that spreads the text a reliable source. “Anna Petrosyan” provides very little personal information, the name of the page – “Anna Petrosyan” user ID “anna.sanoyan.9,” do not match. Instead, the cover of the page has a picture of Robert Kocharyan, and most of the publications are political. The page expresses support for the former president and criticizes the current government. 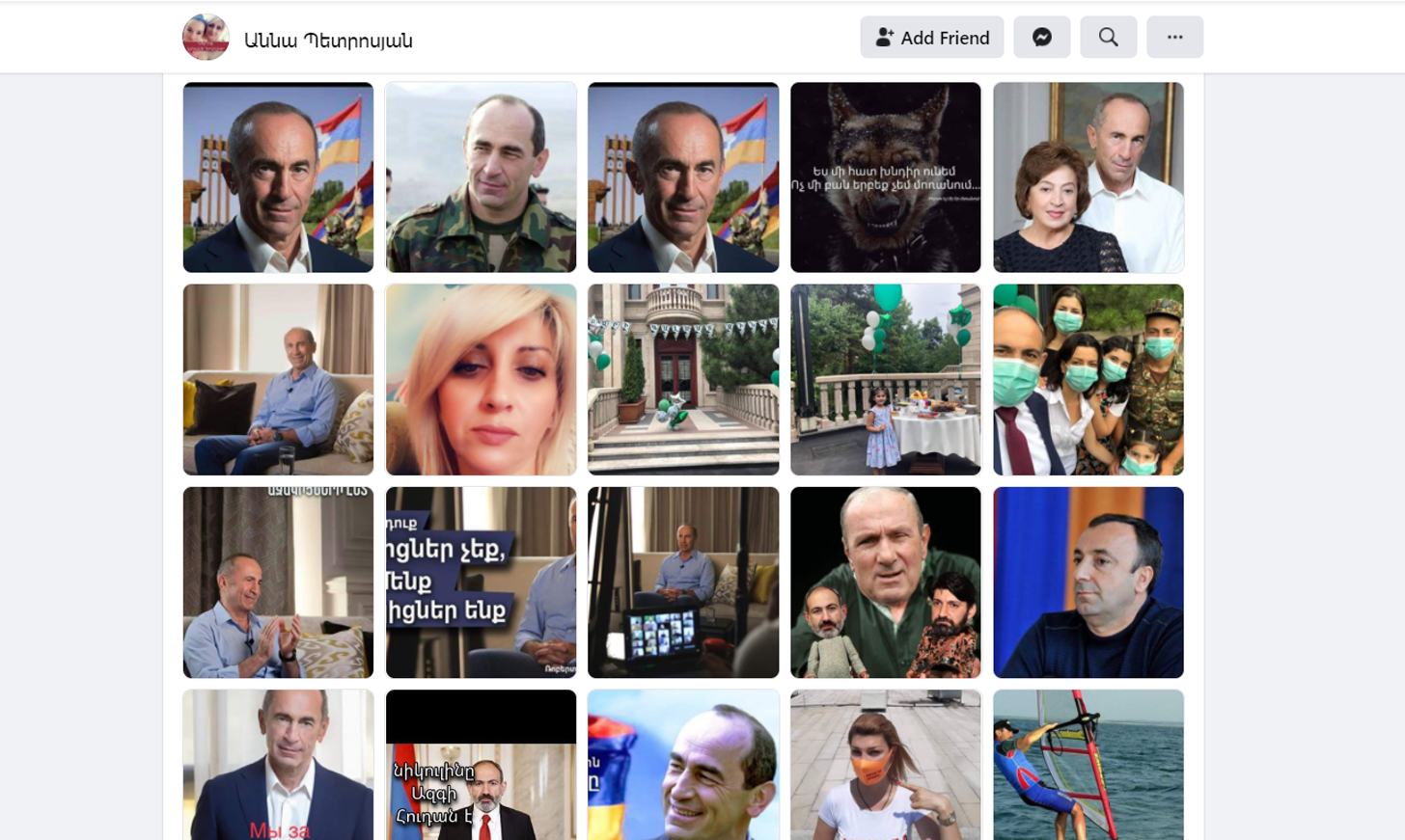 The news of “forced” testing and vaccination by the end of October is false․ All existing Covid-19 vaccines are still being tested. Their use in the public is expected only next year.

This is the second time that the page “Anna Petrosyan” has created an opportunity for spreading information on news websites. On September 1, this page posted about another fake textbook on “sex education.” At that time, the news was reprinted without verification on “168 Zham,” 7or.am, mamul.am, blognews.am, etc.

Minister Arayik Harutyunyan had announced that he was going to sue those who spread false information about the “sex education” textbook.