Another Fake Textbook On “Sexual Education” 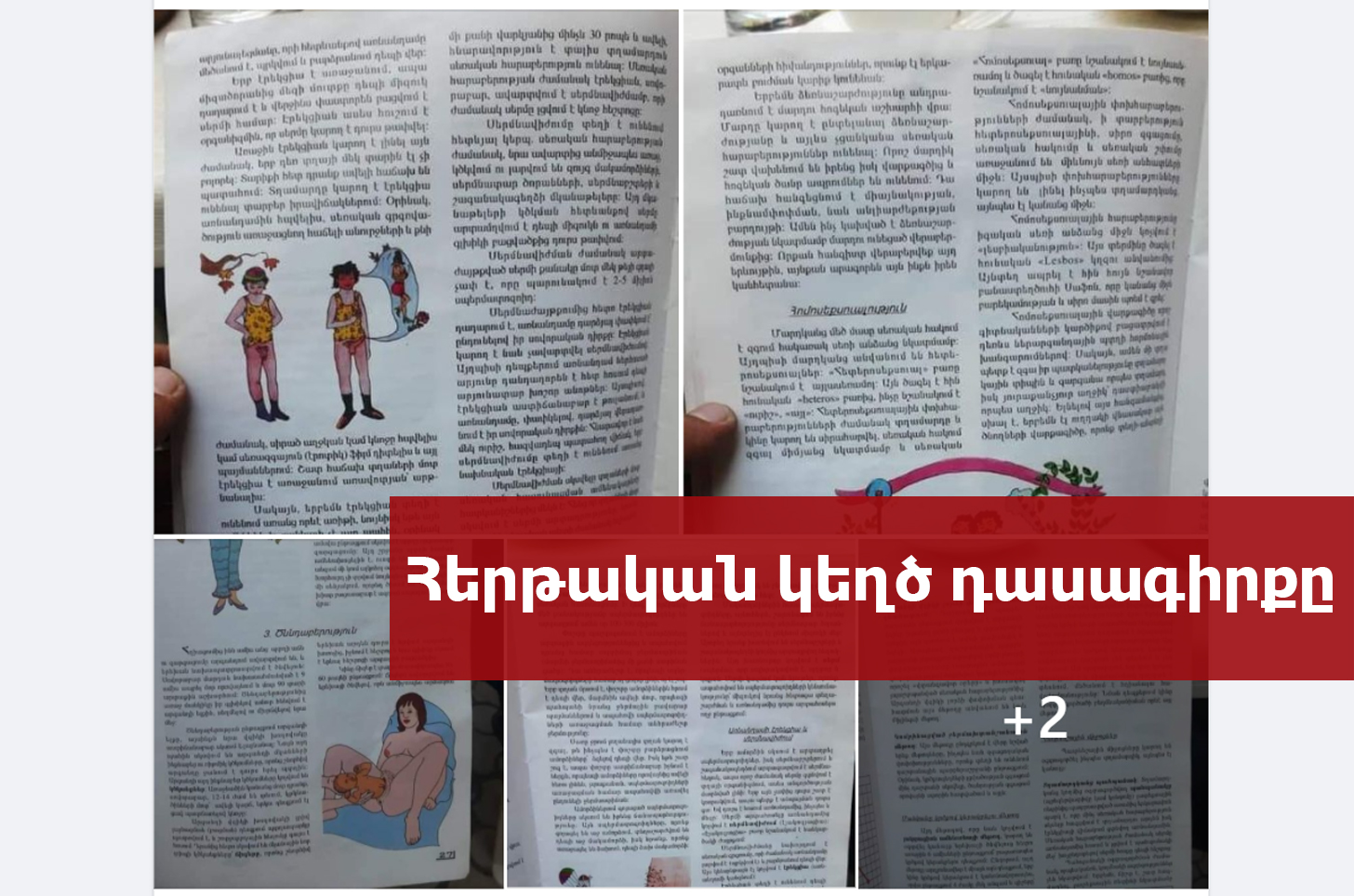 On September 1, Facebook user Anna Petrosyan shared pictures of a book called “Sexual Health ABC” and said it is an “elementary” school textbook.

The page named “Anna Petrosyan” shares a limited number of personal photos or information․ Most of its content is political. On the cover of the page is a picture of Robert Kocharyan. The name of the page: “Anna Petrosyan” and user ID  “anna.sanoyan.9,” do not match.

Although the identity of the user was not clear, and the page was political, the post was immidiately spread by a number of media outlets without mentioning political sympathies and without verification. This media included “168 Hours,” 7or.am, mamul.am, lurer.com, blognews.am etc.

Such pages often use the picture of Prime Minister Nikol Pashinyan. Two such pages, which shared the post on “Sexual Health ABC,” shared other similarities.

Hayastan․info and Arminfo pages both use Pashinyan’s pictures and almost simultaneously share the publications of the mushroom website 1in.tejlurer.online. Both pages have two admins in Armenia and one in Georgia.

It was disinformation: The book is an old edition and is not included in the school curriculum

Infocheck.am talked to the book’s co-author, obstetrician-gynecologist Mary Khachikyan, and found out that the book was published in 1999. It was not intended for a school curriculum; it was provided to participants over the age of 16 in a professional seminar.

Zhanna Andreasyan, the Deputy Minister of Education and Science, also touched upon the topic on her Facebook page. She mentioned that “the booklet is not included in the school curriculum, just as no subject called sex education is included”.

Random books are being presented as a “sex education” textbooks

This is not the first time that old or unintended books have been attempted to be presented as “sex education” textbooks.

In the same way Facebook user Davit Atanesyan announced that children, including his son, were being given “blasphemous books” in May. Atanesyan saw a political implication in the case. It was a book published in Russia in 2007, which was not intended for children at all. Later, Atanesyan’s son confessed that he had found the book in the yard.

In another case, Sona Aghekyan, a former member of the Yerevan City Council, posted photos from a book and wrote “Well, dear parents,get ready.” Later it turned out that the book was published in 1992 and there is no reason to claim that it would now become part of the school curriculum. This fact, however, did not prevent the press from manipulating the topic.