Protests In Belarus On Channel 5: Refuted News, Propaganda Hypotheses, And A Conspiracy Theory 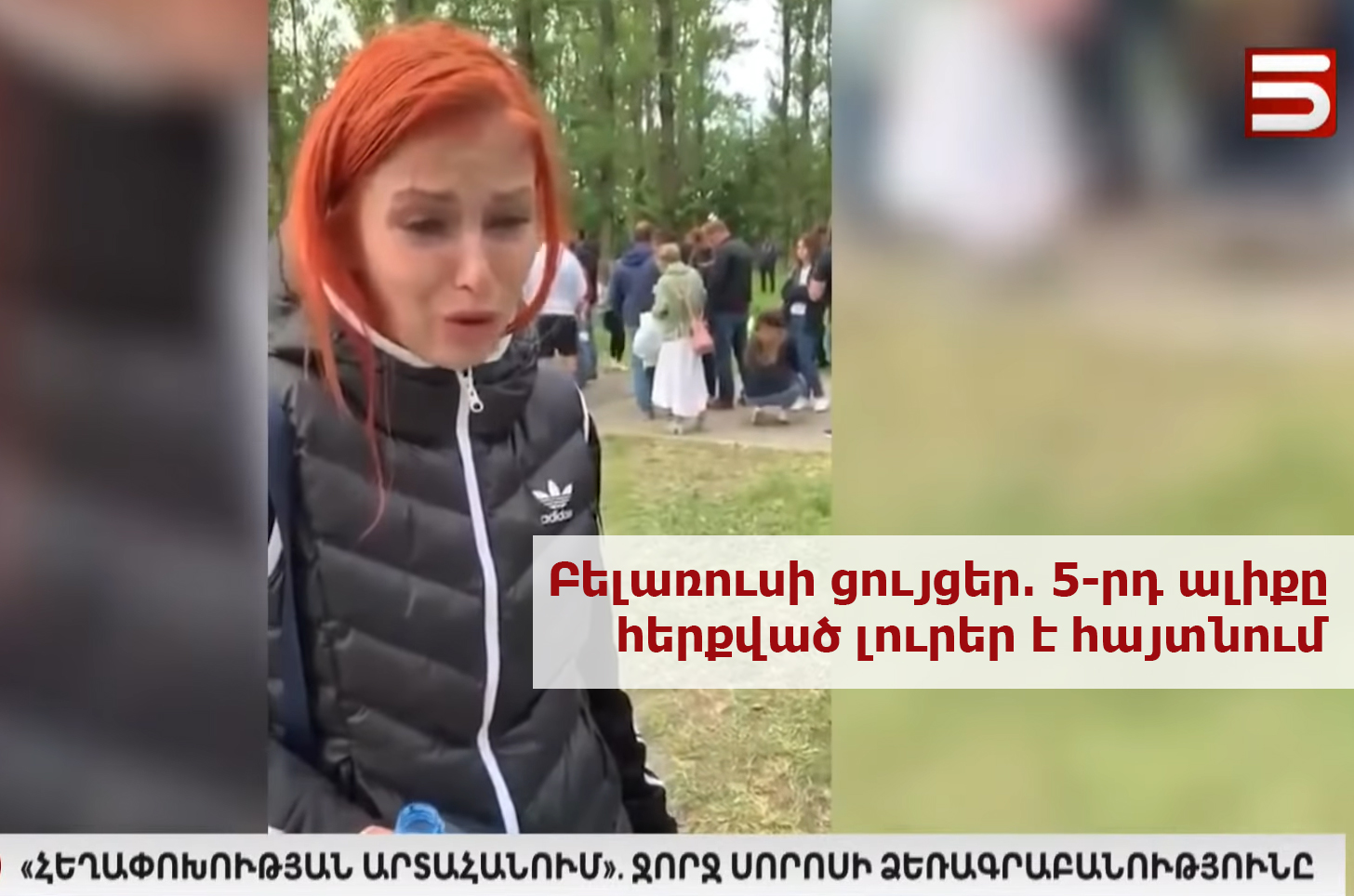 The demonstrations taking place after the elections in Belarus were actively covered by the Armenian Channel 5. On August 17-18, there were mistakes on the TV channel on the topic of Belarus and manipulation․ The Russian propaganda theses were repeated, and an extremist activist was introduced as an expert. The channel broadcast the same false statement about the protester killed in Minsk for the second time.

Channel 5 repeated the theses of the Russian propaganda program

On August 17, Channel 5 broadcast a video that went viral, in which a demonstrator woman spoke about being beaten by the police. The host then said that this was not an ordinary protester, but a woman who had been arrested many times for prostitution, who was one of the coordinators of the protesters.

Channel 5’s assertion in content, in some places, even literally repeated the report of the Russian propaganda channel Соловьев Live. The founder of the channel, Vladimir Solovyov, has repeatedly spread unverified manipulative information. This time, Solovyov claimed that the girl in the video was a sex worker who had previously been arrested for her work.

Solovyov did not provide any evidence for this assertion. In the same way, without substantiation, this assertion was repeated by Channel 5. Moreover, it is not clear why the alleged sex worker could not have been a victim of violence by the security forces. Neither Channel 5 nor Solovyov explained.

Solovyov claimed that the girl had organized the demonstrators to beat the officers of the OMON (special police detachment). A recording of a conversation is brought as evidence, but it is not clear from the video who the speaker is.

By the way, Solovyov’s claims were spread by the Belarusian pro-government Telegram channels and fake users.

The extremist activist introduced himself as an expert

Channel 5 broadcast two reports about Belarus at once, where Narek Malyan, an extremist activist and advisor to former Chief of Police Vladimir Gasparyan, was presented as an expert.

Malyan has been manipulating the conspiracy theory about George Soros, which has been denied many times, claiming that the “Sorosians” came to power in Armenia after the revolution.

Malyan did not say anything new about Belarus on Channel 5․ According to him, the demonstrations are organized by Soros. He also said that there are “globalist” media outlets that spread false news.

Immediately after these words, Malyan announced that a demonstrator in Belarus wanted to throw a homemade bomb at the police, but the bomb exploded in his hand, and he died. This statement is incorrect: The video of the murder shows that the protester did not have a bomb in his hand, he was killed by a police shot. Malyan was repeating the thesis of the Belarusian authorities, which has already been refuted by the investigative journalists. Channel 5 is spreading the same wrong statement for the second time.

In another report, Malyan said that Lukashenko was to blame for the protests, who rejected Russia and “flirted” with the West. Malyan described the strengthening of relations with the West as a “contract with Satan.”