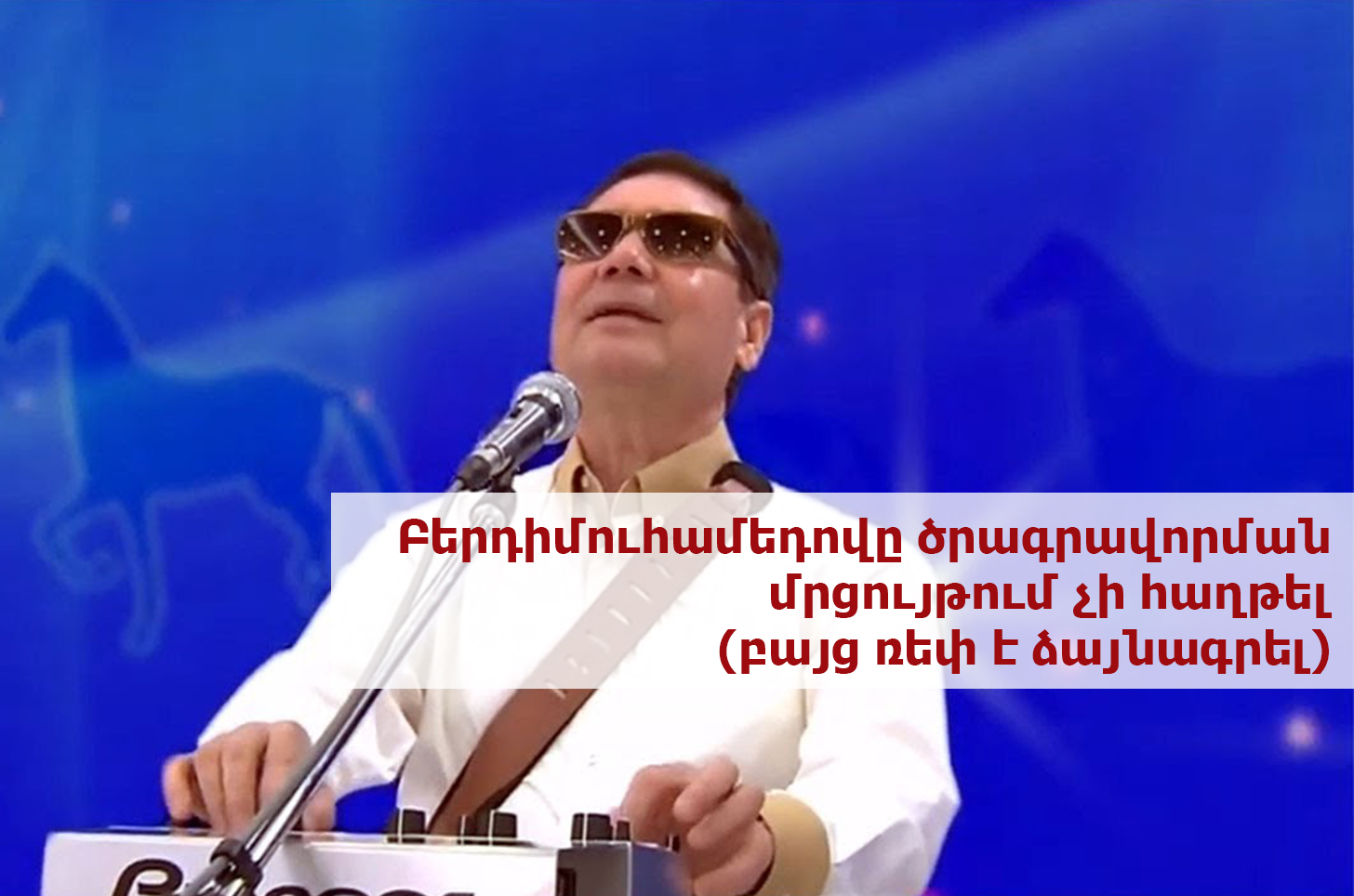 On December 17,  the news that the President of Turkmenistan had won the National Programming Competition was spread across Armenian Facebook. The article says that he wrote a modern neural network in HTML language, which foresaw a bright future for Turkmenistan.

The article published on Panorama.pub reports that the president’s participation in the contest was not planned: He unexpectedly visited the venue, and young programmers greeted him with loud applause, countless flowers, and poems in his honor. Moreover, because of his modesty, the president did not want to participate in the competition, but the young people persuaded him. As a result, the president won.

Panorama.pub is a satirical site. All news published on the site is accompanied by a special note stating that it is not real news. Satellite news sites operate in various countries, for example, the American site The Onion is internationally recognized.

The president generally likes to sing (including Justin Bieber’s hits), and his other rap performance with his grandchild is in Turkmen and English.

The President of Turkmenistan is known not only for his unusual behavior but also for his dictatorship. After North Korea, Turkmenistan is one of the closest countries in the world where there is no free press and human rights are being violated. Turkmenistan has a cult of Berdymukhammedov, who is called the “father of the nation.”