The idea of vlogging began to develop rapidly around the world immediately after the creation of YouTube.

The first video clip was posted on YouTube by the platform’s co-founder Javed Karim in 2005 with the title “ Me at the zoo․” It was the beginning of everyday amateur video blog content.

Vlogging became so popular that those involved in it began to compete with the production of famous stars, news organizations and soap operas.

Vlogging is developing slowly in Armenia. About ten years ago, mostly schoolchildren did it, filming their daily lives over the phone, mainly for their family and friends.

Ruben Yesayan opened his channel ten years ago when he was studying at school. Today he is one of the most famous in the field of vlogging. It is one of the few channels in Armenia that has a silver YouTube button, the number of its followers is the largest in the list of individual channels today – 260,000.

“The main success of vlogging is directness and sincerity because you are different from an actor or a presenter and you are in direct contact with your audience, without a mediator, without a specially thought-out image, you present yourself, your life, your ideas, people like it.

I started shooting documentary stories, including mysterious episodes, and that genre became very popular. My goal was to convey information to the audience through it. YouTube is a powerful teacher today, you can learn a language from scratch, for example, I have learned to play a musical instrument. I get a lot of letters from teachers in different schools who watch my videos during classes and the students get high marks,” said Ruben. 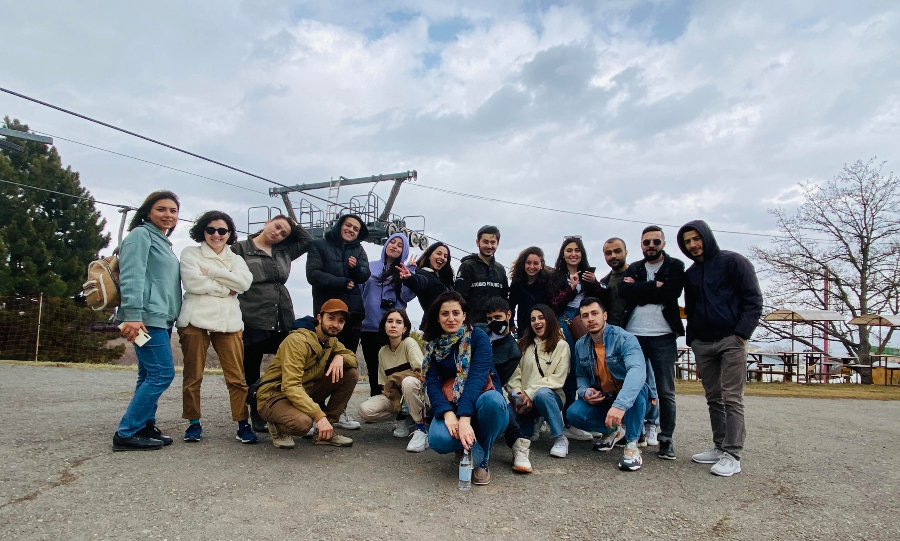 Vloggers at the “I Am the Media” Video Blogging School

Jake Goshert, a former spokesman for the US Embassy in Armenia, has been an active user of YouTube, looking for interesting Armenian vlogs to get to know Armenian life better, but he couldn’t do what he was interested in. He had an idea to support the development of Armenian-language content in any way.

The idea soon gained flesh and blood, and in 2017, as a result of a collaboration between the US Embassy and the Media Initiatives Center, the “I Am the Media” video blogging school was launched.

“After receiving the embassy’s offer, we conducted a survey and came to the conclusion that the school should be for young people,” said Lusine Grigoryan, head of the MIC Media Literacy Program. 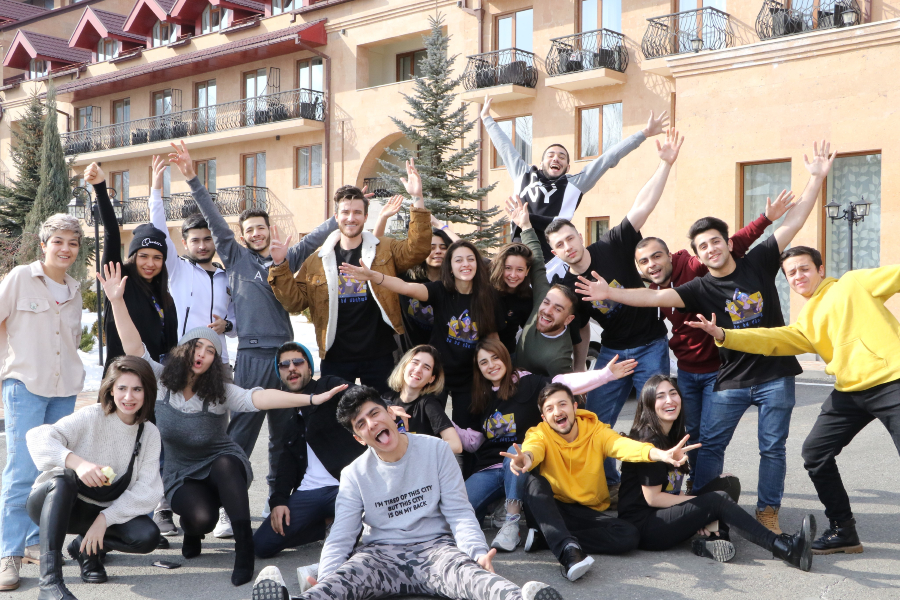 The aim of the project was to conduct intensive training for the participants, as well as to provide them with the necessary equipment to start quality production.

After the first announcement, about 100 young people applied to the program, 17 were selected, some of whom already had their channels on YouTube. Nick Nimmin, an American author, online content marketing specialist, was invited to Armenia to conduct lessons on how to improve the participants’ channels, to make the content they create more targeted, to communicate with their audiences and other useful topics. 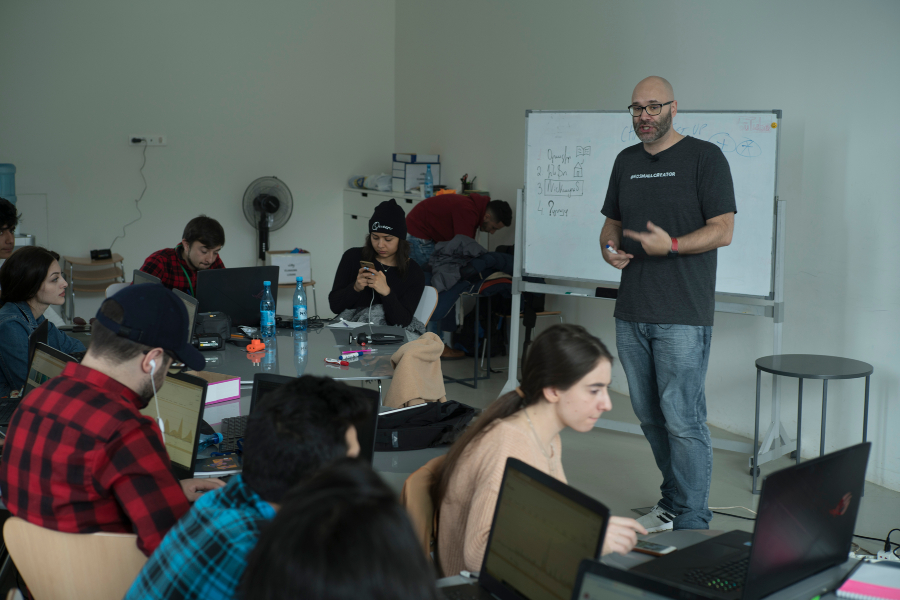 Having registered the success of the program, a decision was made to continue the program for another two years, the next year another 12 participants were admitted to the school.

As a result, 13 of the school’s top participants had the opportunity to travel to the annual VidCon video conference in 2018 and 2019 in the United States to interact with YouTube stars, attend master classes, and understand the nuances of the field to localize and develop them in Armenia. 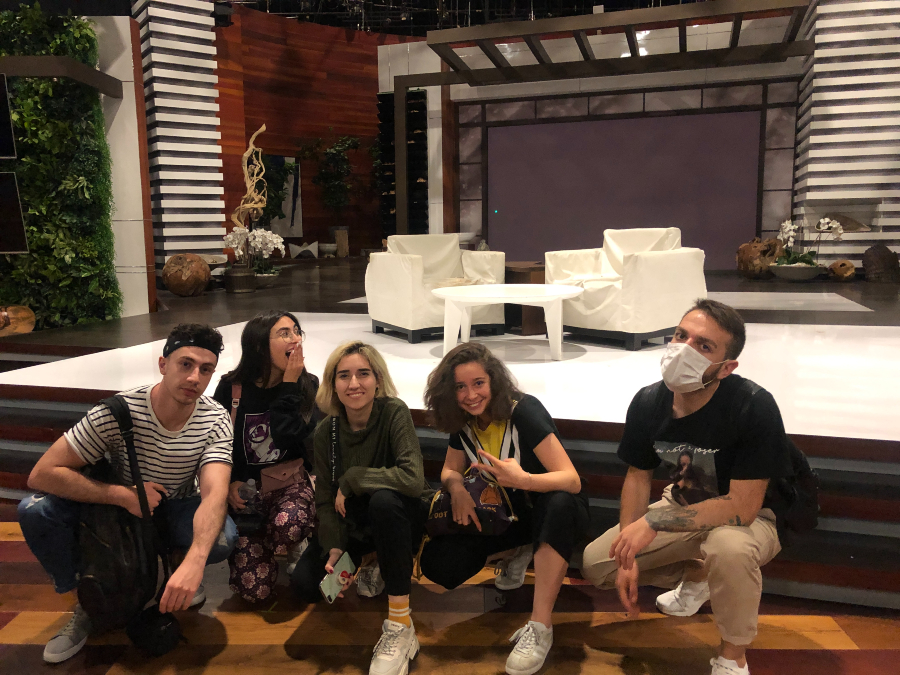 “Summing up the program today, we can say that the participants of the ‘I Am the Media’ school brought freshness and variety of topics to Armenian YouTube and began to see it as a job that requires effort, but that it can also be a source of income,” said Lusine Grigoryan.

Overcoming many and varied difficulties, the vloggers participating in the school today offer the audience not only fun and humor but also tell questions of public importance ․ Agriculture, sex education, business, the problems of the elderly, art, information and technology, etc.

According to Ruben, creating a video product requires a lot of resources, foreign vloggers make huge investments to present quality content, these criteria have already become common for the audience, and it is very difficult to surprise them. If abroad they are sure that these investments will bring much greater profit, then in Armenia, we have a different picture. “If you are not sure that you will return the spent resource, then you are not always motivated to create something. That is why many people start opening channels, but they do not continue.

‘I Am the Media’ school was a great source of motivation for us because we realized that other structures also attach importance to the idea of vlogging, and we ourselves began to take the content we created more seriously.” 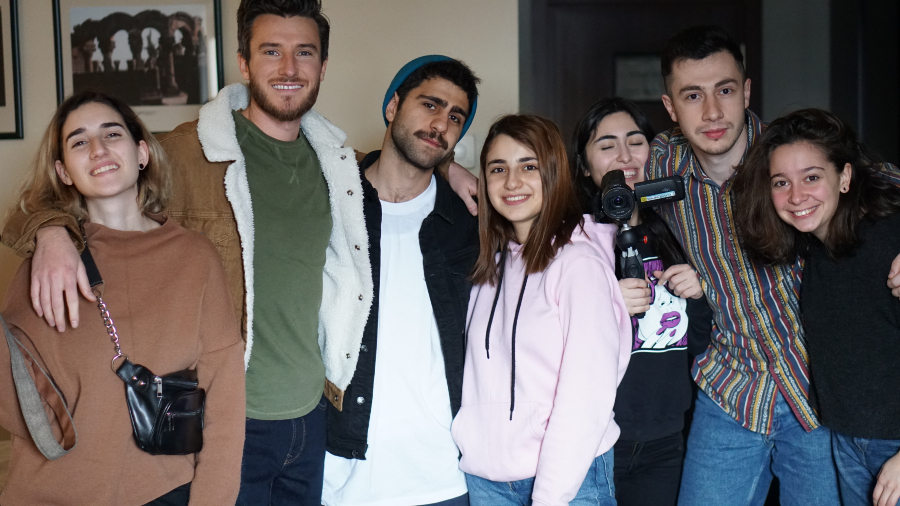 Kolya (Nikolay Hayrapetyan) is also known by the public as a YouTuber, although he does not consider vlogging to be his main job and does not dream of a large audience. He mentions that YouTube has opened new opportunities for him and he is glad that over the years people have started to take this platform more seriously.

During his years at the Theater Institute, Kolya also involved one of his classmates, Agnes, in the shooting of his videos, who liked the process very much and, inspired, opened her own channel.

“I followed foreign vloggers, who presented topics of interest to me about self-care, fashion, make-up, and there was simply no such content in Armenian. I thought I could present the topic myself, I opened a channel, and it coincided with the start of the ‘I Am the Media’ school, and it was a great start for me,” Agnes Kheranyan recalled.

“When you realize that tens of thousands of people are following you, you approach your work with much greater responsibility, so that you do not suddenly harm anyone with your advice.” 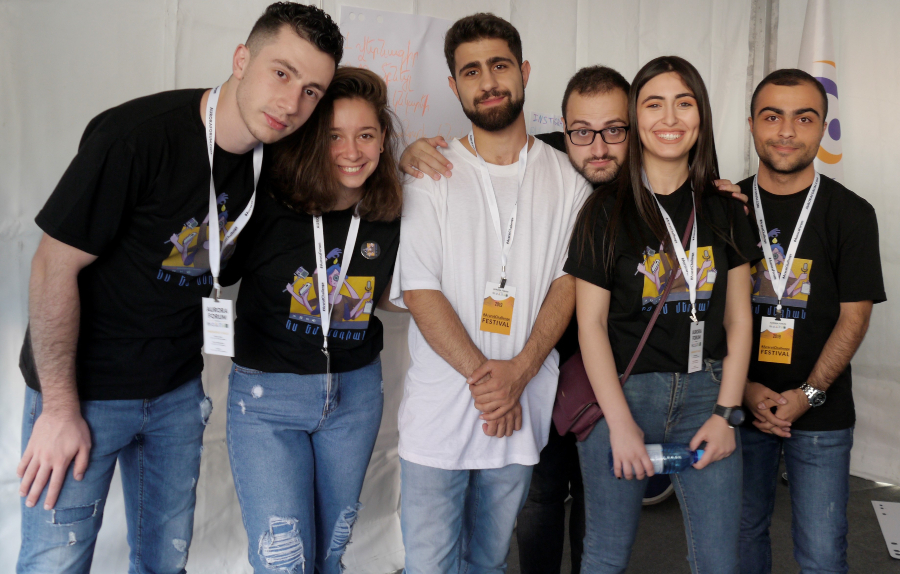 Vloggers during the “Ararat Challenge” initiative

“If other platforms, such as Instagram or TikTok, force us to live with a short memory and get what we want in ten seconds, then YouTube allows you to create a large-scale visual product without time constraints, like an encyclopedia where everything is beautifully arranged and easily You can find the specific material of the day on the channel you are looking for,” said school participant, Hayk Mkrtchyan.

In his channel, he tries to combine educational topics and entertaining content, experimenting with different formats to attract a new audience. Hayk thinks that today the educational content in Armenian is very little and it would be effective, if there was competition in this field, it would stimulate the improvement of the general quality.

And Shushan Stepanyan, who tries to use the opportunities of all platforms, does not see a problem that the competition is not enough, as the free field allows to set a certain benchmark and occupy a leading position. She is very meticulous about the quality of her products and believes that this is the reason why her channel, despite the small number of videos, has a relatively large audience.

During the “I Am the Media” school, the program coordinators were inspired with new ideas: Thanks to the efforts of the Media Initiatives Center and vloggers, a general school channel was launched on YouTube, where various educational materials are regularly uploaded.

The participants of the program also visited different cities of Armenia to share their knowledge with their peers from the regions. During the epidemic, these courses were transferred to online platforms, as a result of which all the experience and skills accumulated during the program were summarized in one online course: 15 video lessons are already available for free on the “I Am the Media” channel. 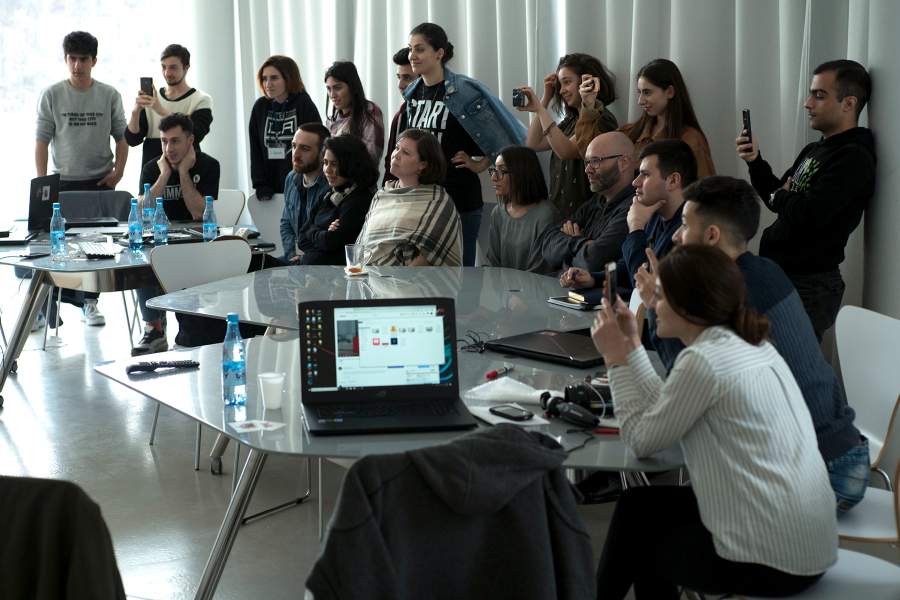 Summing up the three years of the program, the participants had many discussions, outlined further actions, highlighted the need to establish a regulatory body in the field, as well as created rules of ethics for vloggers, which will help them be more responsible for their work and honest with their audience.

Vloggers regret that Google does not consider the small market in Armenia to be profitable and Armenian companies still do not have the opportunity to monetize their products.

IT and media expert Arthur Papyan has been part of various initiatives for several years now, which together with the Ministry of High Technology Industry are trying to reach an agreement with Google to Armenianize and monetize YouTube. Today, there is no significant progress in that process.

“Google sets many conditions, and one of the problems is PayPal, which is not yet available in Armenia. Of course, this circumstance creates difficulties, as the algorithm does not recognize Armenian content. However, this does not mean that it is not possible to make money on YouTube. You need flexibility here, and no matter how much quality content you create, it is not enough for success. Today marketing is half the job,” said Arthur Papyan.

The young vloggers are convinced that the localization of YouTube in Armenia will help promote the content they have created and create more diverse channels, as well as promote common ground.