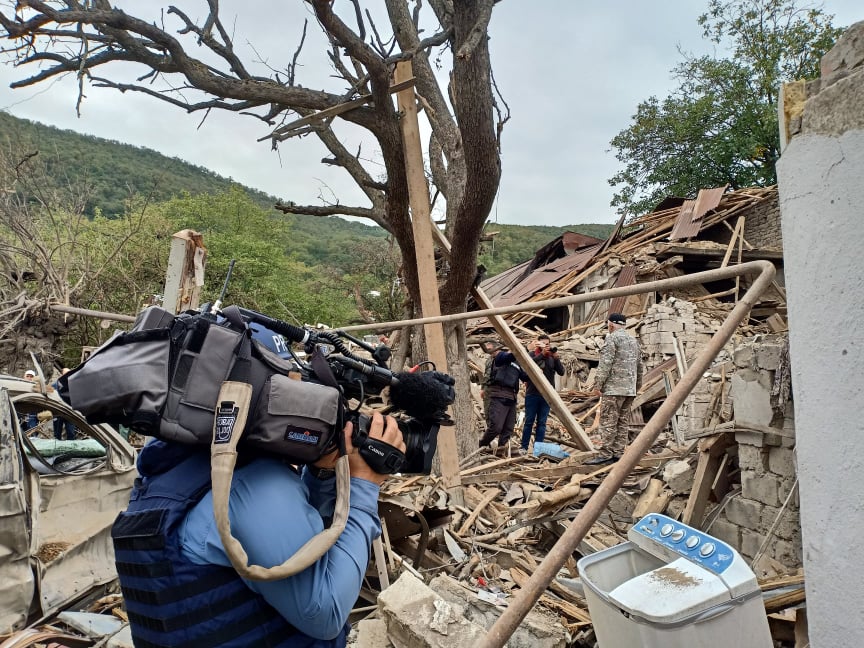 Public Television News Service journalist Mushegh Isakhanyan covered the war in Artsakh for two weeks. This may have been his first experience, but he had previously participated in training and was theoretically ready to work in a war zone.

In this war I have acquired a powerful skill: to make decisions quickly, to act quickly. I have been to several hot spots, in Hadrut, in the Red Market, in Shushi at the moments when there were active military operations in those areas.

At first, of course, my ear first became accustomed to strange noises, then I realized that there was no safe place around me, and in the end, the only thing I could do was help people with the media.

During the first days, there was tension, the situation was new, the responsibility was great, we had to work safely, see as much as possible and report to the audience, be attentive to each member of the team.

To work safely, we had a strategy, in the same car, where there could be 3-5 people during the filming, we would go out in turns, moving in different directions. We were close to each other, but in completely different parts, so that we could communicate and not lose each other.

Although sometimes it was difficult to maintain even the minimum safety requirements because there was always a very strong feeling, time was short, work was quickly organized.

To be honest, while working in Artsakh, I lost the rhythm of time, I fell into a new reality, where there were dangers, anxiety, at the same time inexhaustible adrenaline, the temptation to share about a new and interesting situation, a person, what is happening in the community.

Following the example of our team, I think we have done our best to make our audience imagine the scale of the war in Artsakh, the devastation, the training of the boys on the front line.

During our stay in Artsakh, there wasn’t an obviously bad situation, which we did not deliberately cover. I have remained true to my professional principle of conveying to the audience what I see without exaggerating anything.

Military journalism has rules, staying true to those rules does not mean presenting reality in a different way or falsifying facts.

I met soldiers on the front line, showed their will and mood to win the war. What I saw in Artsakh gave me confidence that we would definitely win, I did not see depression or escape, on the contrary, everyone was united in their work, ready for victory.

It was a difficult test to understand how important the training of journalists was. I do not think there were many shortcomings, but in retrospect, I understand that we should have been more prepared. After the war, it is necessary to pay more attention to this issue, organize courses, meetings, talk about problems with examples.

Ami Chichakyan wrote in the morning about the volunteers participating in the Artsakh war. She lived with them for about two weeks, feeling the transfer of the mood and energy that prevailed among the people who went to the front lines.

When she had just gone to Stepanakert, she thought she would cover an event like the April 2016 war, but in the very first minutes, she realized that she was not ready to cover such large-scale actions. The situation started to get worse on the spot, the most important thing was to understand what to tell people. 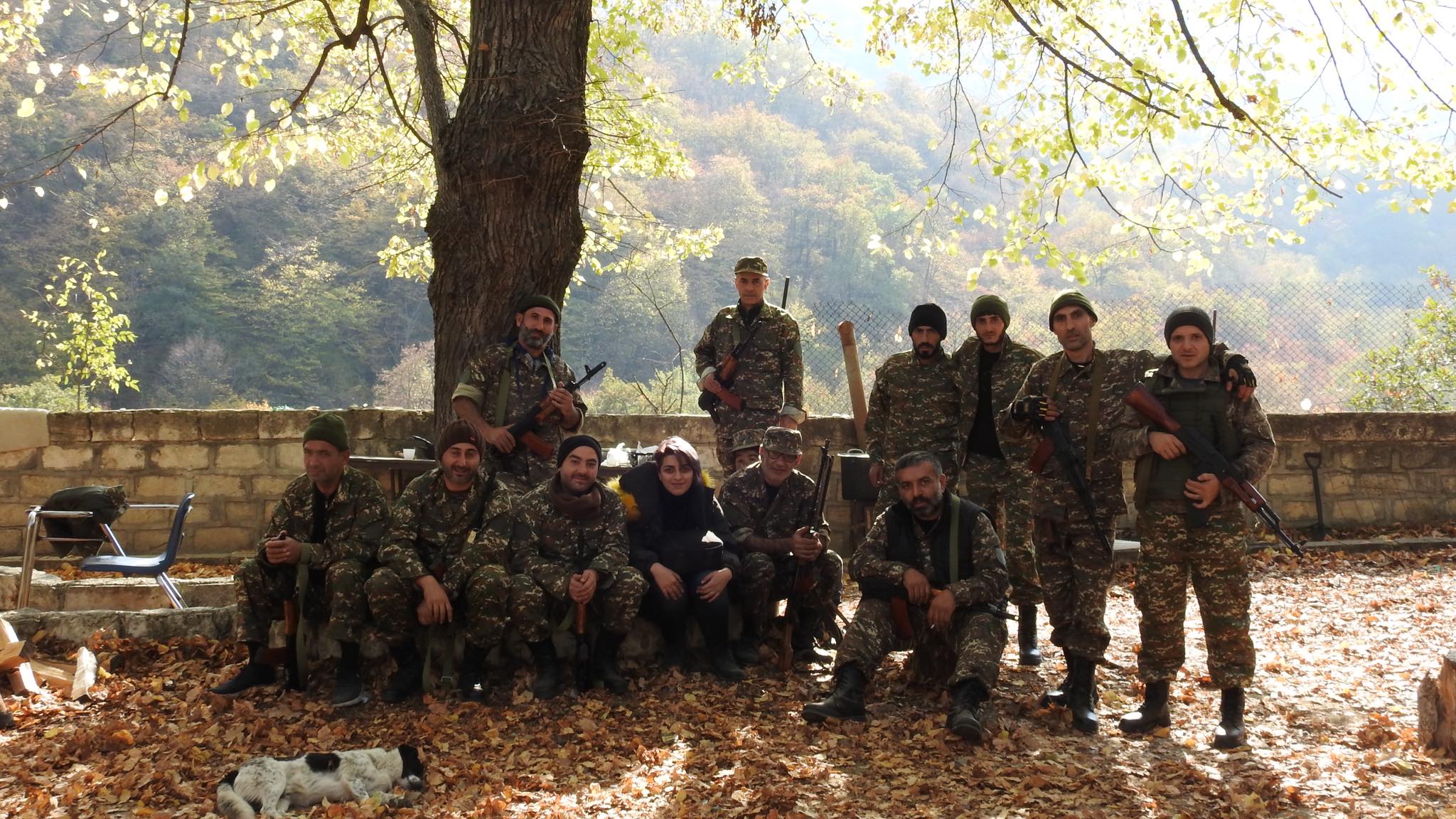 During this war, I realized how important all the courses and exercises that taught us the intricacies of working during the war were. I have never thought that I can be present in a war in which there is no safe place, journalists are targeted, and working conditions are very limited.

This was a good test for us journalists to orient ourselves, to understand the expectations of our audience from our work. My cameraman and I were planning not only what to film and how, but how to move in the streets of Stepanakert in general.

Once, after another shelling, we and the foreign journalists wanted to approach the scene and see what devastation there was. We were walking in the streets under direct fire, entering another shelter and waiting for the situation to calm down. We still could not reach that area.

We already knew the locations of all the shelters and if we decided to go out for filming, we took into account the way back, the possible risks.

We did not go to the front line, but we had the opportunity to present many interesting stories, which we refused to do for security reasons. When you realize that the material you publish can affect the fate of a person or the security of your country at war, you move according to the principle of not causing harm.

Many journalists returned to Yerevan or Goris after working in Artsakh for a few days, because first there was the problem of security, internet access, as well as not having anything new to say.

I have faced those problems myself. To have something new and interesting to say, I joined a group of volunteers. The story of each of them was a revelation to me, the nurse looking at her house from a distance, but resolutely staying until the last moment to help if necessary. The woman confessed that her own house had never seemed so far away.

But evacuating people was more difficult for me. No matter how restrained you may be, it is difficult to hide your emotions when there are people in front of your eyes who try to fill even the smallest cars with everything they could possibly get out of their houses.

As they did not hope to have a new, better future, what you had to say as a journalist became more difficult.