“Si le vent tombe” (“Should the Wind Drop”) is a joint production of France, Belgium and Armenia, and this is the first time that the film representing Armenia has overcome the most difficult twists and turns of the official selection process and at once appeared on the list of the best films of Cannes, among 58 films.

Years ago, as far back as 1966, Frunze Dovlatyan’s film “Hello, It’s Me” was also in the main competition in Cannes, but at that time the film represented not Armenia but the Soviet Union.

And now Nora Martirosyan’s film is in such a state that it is safe to say that there are no more barriers (bureaucratic-festival). Competing in Cannes is already a label and a sign of quality, which opens almost all the doors for further promotion of the film.

It is interesting that in 2020 the Armenian director was able to achieve such a truly unprecedented success thanks to the pandemic. Life changes, and so do the festivals.

Due to the pandemic, the Cannes Film Festival has changed its terms and combined all the nominations (competition, non-competition, “Special Look,” etc.), deciding that there is no need for grand prizes and juries, and the festival will support all officially selected films.

And this means that in the future, international distributors can use the “official selection” label equally in all selected films, without taking into account the fact of received awards. There will simply be no prizes.

In 2020, the Cannes Film Festival will be neither physical nor virtual.

Instead, Cannes will become a bridge that will facilitate the fate of its film selection. For example, transferring them to other later festivals or promoting them in cinemas after the pandemic.

Previously, the Cannes Film Festival restricted the further participation of its selected films in other festivals, but now this ban has been lifted.

Very few people have seen the film “Should the Wind Drop” (here is a short excerpt from the film) And as long as the producers of the film hope to take part in the festivals scheduled for the fall, in the best case scenario Armenians will be able to watch it in November during the Golden Apricot Festival.

But that doesn’t stop us from talking about this truly phenomenal success, both in terms of logic and in terms of filmmaking.

The film “Should the Wind Drop” is about Artsakh. According to Nora Martirosyan, Karabakh is a topic that helps to express a philosophical view, even though, of course, everything starts with politics.

The film tells the story of French auditor Allen, who arrives in Artsakh to study the airport and conclude whether it is possible to reopen it. Allen meets a boy named Edgar, who runs a strange business near the airport.

The closeness to the boy and the acquaintance with the life of the residents help Allen to discover what it really means to be an isolated country where air communication is as necessary as air. And it’s as impossible to hunt down as air is.

Karabakh itself is an airport, it exists, it is here, but it is not ready for “flight” yet. I started making a film about that idea. And it was interesting. Knowing clearly that the airport was not working, every time I passed by, I looked to see if a plane could land. The whole movie is about the delicate thread of that hope. If you believe a lot, you can succeed,” Nora Martirosyan said in an interview.

Naturally, the success of the film provoked a backlash in Azerbaijan, which wrote letters of protest to both the Eurimages and the Cannes Film Festival’s election commission. All these complaints have been easily ignored, as, though politics and art are inseparable, their dividing lines become invisible, first of all, due to the component of art and the structure of history.

“I didn’t want to make a political film,” Nora Martirosyan said during an online interview with Golden Apricot. She emphasized that the purpose of the film was not to provoke political action or revenge. As well as the drive to be politically correct. 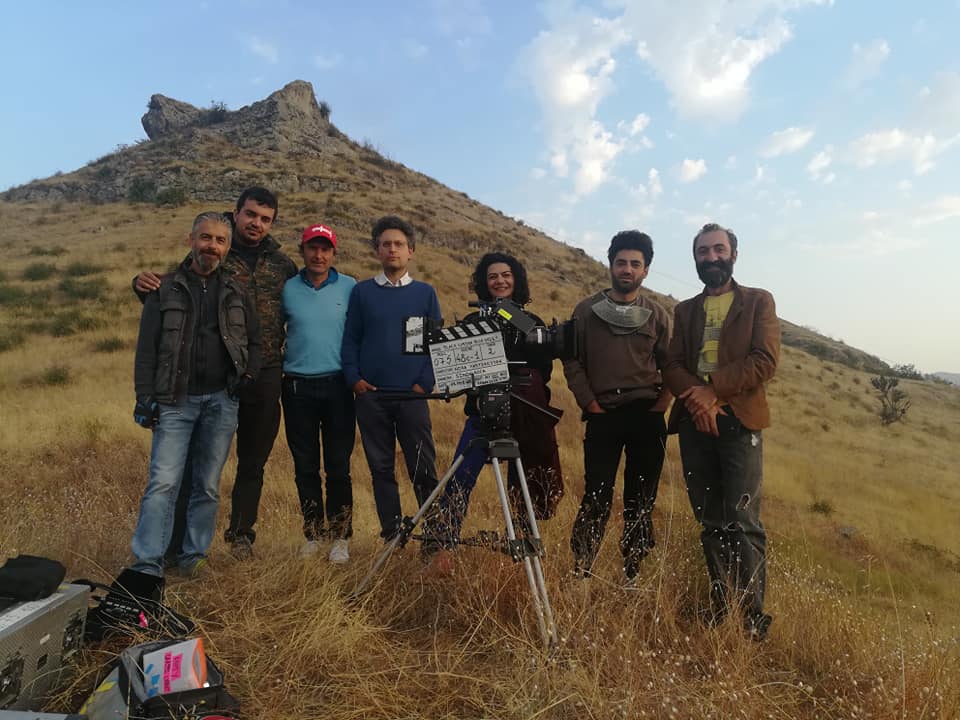 The film is woven from finer materials, lighter and less sloganeering. And it is these delicate films that have a chance to succeed.

“Often being light is difficult. Great masters know how to be light: Peleshyan, for example, knew that,” she said.

Air is communication, the non-functioning airport is a ban on allegorical ventilation, waiting for the auditor’s verdict.

“I’m not saying who’s right and who’s wrong, it’s just facts. I do not express any opinion, they are just based on facts. And based on the facts, you don’t think about political correctness or revenge. I’m not saying it’s good or bad, I’m saying that’s true. The purpose of the film is very clear: I want the fact to be heard abroad. I’m just talking about an absurd situation. But since my characters are “sweet,” of course, sympathy arises,” she said.

And she said that many members of the Cannes Electoral Committee did not even know that there was such a place as Karabakh at all. They just liked the movie.

“The film is not about solving problems and exacting revenge”

“You don’t close accounts with a movie. It seems to me that revenge films are not successful,” said Nora.

There is also no Armenian “postcard” folklore in the film: rocks, churches, sights. “I don’t tell the past, they tell the present, trying to look to the future.”

The film “Should the Wind Drop” has been prepared for 10 years, the script has been constantly changed, even deleted and rewritten. In total, the scenario had 15 options, as international funds and money-making organizations have their own ideas about a good scenario. And those perceptions and assessments do not always coincide with the author’s idea.

Nora said that those who provide money have templates in their heads. For example, they wanted to have a feminine look, because it is now in demand in cinema, or they suggested that it would be better to present the story from the point of view of a single, poor child, so that the child is in a precarious situation, with torn clothes and hopeless living.

“But the situation in Karabakh was not poor. And I was rejected for years, saying that they knew better what the audience wanted … For 9 years, the scenario was rolling left and right. Now, this final version is more mine than all the others.”

For Nora Martirosyan, money is also a responsibility. “Not to deceive yourself or the people who gave you money.”

An interesting fact. Usually, the “nationality” of a film is determined either by the citizenship of the company that provided the largest amount of money or by the director. But in this case, even though Nora Martirosyan is a French citizen, the Cannes Film Festival specifically asked her if she would not mind if the film was registered as Armenia. The author gladly agreed.

The official selection of the Cannes Film Festival is glory, honor and the possibility of a green light. And first of all for the producing country.